We have to maintain fairness of trials and fairness of treatment while at the same time having a system that can deal with national security risks.

Joanna Harrington will be heading south of the border to examine international human rights litigation in Canada and the United States. 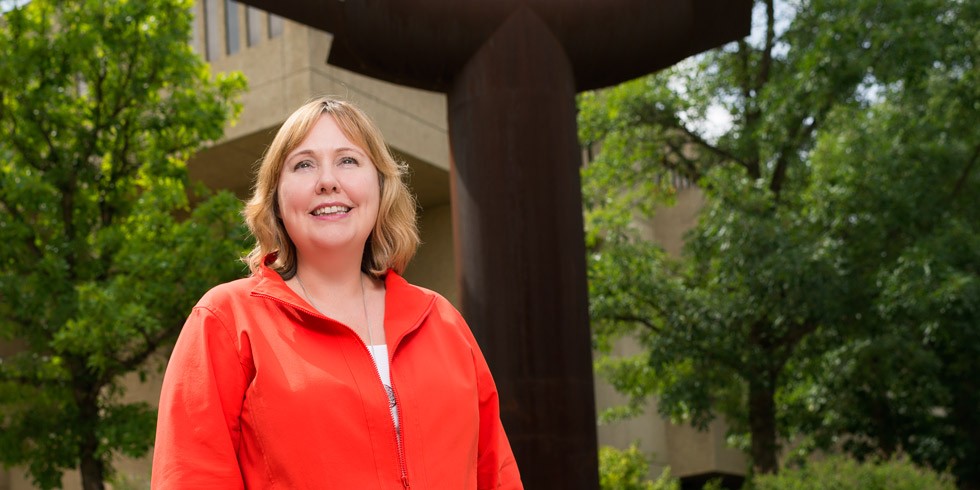 Law professor Joanna Harrington will be heading to Texas in January as the Fulbright Canada Visiting Research Chair in Policy Studies.

(Edmonton) How should a country use its domestic laws to implement its obligations under international law?

That is the overarching question that has driven much of Joanna Harrington’s research, and will be at the heart of the project the University of Alberta human rights law professor is undertaking as the recipient of the prestigious Fulbright Canada Visiting Research Chair in Policy Studies at the University of Texas at Austin, starting in January.

Under the Fulbright program, Harrington—a past recipient of the U of A’s Martha Cook Piper Research Prize and a Killam Annual Professorship, as well as several SSHRC grants—will focus on the procedural and remedial aspects of international human rights litigation, particularly in urgent situations of grave human rights violations.

“Within those areas I am particularly interested in process, particularly process in international human rights litigation,” said Harrington. “These are cases where individuals alleging to be victims of human rights have not received satisfaction at the domestic level and these cases come to the international bodies, and then they are deported before having their case heard.

“These issues are typically coming up in cases of urgency and threats to life and limb—people who are going to be returned to serve a death sentence, or people who have been denied refugee status in Canada and will now be sent back to their country where they face a risk of being tortured.”

Her intention is to look at the experience of both Canada and the United States with requests for what are called “interim measures of protection”—a procedural tool common in international litigation before both the regional and UN human rights bodies. She will also examine potential reforms to instil greater confidence in the international human rights institutions, recognizing some government hostility to such measures.

“I believe there is a role to critique what the human rights bodies themselves have done,” said Harrington. “They are not immune, in my view, from having a look at their process and their way of going about this, and there could be improvements in what they do that could give states more confidence.”

Harrington explains that it is a timely topic, with applications for urgent action in cases of inhumane treatment on the rise. The Canada-U.S. focus also entails an examination of death penalty cases from the United States and national security deportation cases from Canada.

“We have to maintain fairness of trials and fairness of treatment while at the same time having a system that can deal with national security risks.”

Harrington’s teaching and research has focused on matters of constitutional law, international law and comparative public law, with her academic work having benefited from a two-year secondment to the Legal Affairs Bureau of Canada’s Department of Foreign Affairs. She has represented Canada at the UN and the Organization of American States, and served as a consultant with the UN Development Programme. Her published scholarship has contributed to discussions on treaty-making and Parliament, federalism and foreign affairs, international criminal law and the domestic role for international human rights obligations. Her human rights work has focused on the right to a fair trial, the prohibition on torture and the right to life.

The Fulbright Scholar award, along with a visiting research fellowship at the University of Oxford in the fall, is also a fitting reward to mark the end of Harrington’s service to the University of Alberta as an associate dean. She served for the past five years with the Faculty of Graduate Studies and Research, gaining a reputation as a strong advocate for procedural best practice and fairness for both graduate students and professors.

Named after U.S. Senator J. William Fulbright, the program is dedicated to increasing mutual understanding between the United States and other countries. Today there are approximately 310,000 Fulbright alumni, 53 of whom have been awarded the Nobel Prize, 82 who have received Pulitzer Prizes and 31 who have served as heads of state or government.