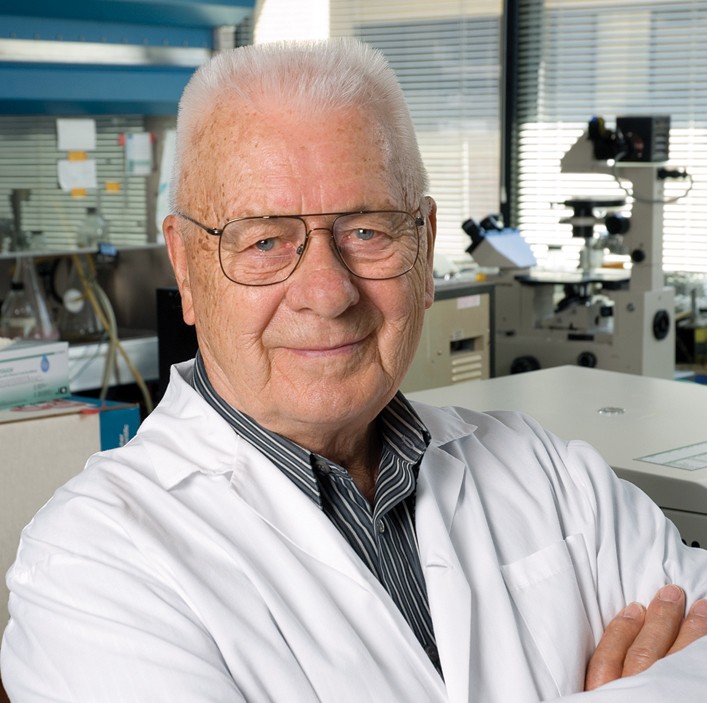 The late John S. Colter was a former long-time chair of the Department of Biochemistry and built the U of A into a virology powerhouse.

Leading the fight against hepatitis

UAlberta is recognized as a global leader in viral hepatitis research, making discoveries that change lives. 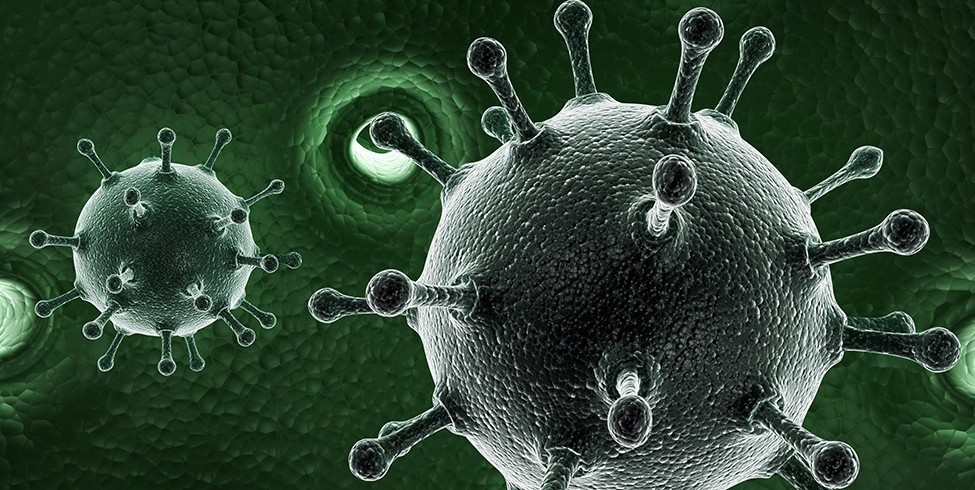 A 3D rendered illustration of a hepatitis C virus.

Every day, 4,000 people die from chronic viral hepatitis. More than 400 million people are infected with hepatitis B or C worldwide. By comparison, there are between 35 and 40 million HIV carriers around the world. Despite vaccines for hepatitis A, B, D and E, treatments and vaccines do not exist for all forms of viral hepatitis, which attacks the liver and greatly increases the risk of cirrhosis, liver cancer, liver transplants and death.

The University of Alberta has long been a leader in hepatitis research, and its top minds continue to push for solutions. In honour of World Hepatitis Day, here’s a look at some of the key figures who have made the U of A a global leader in the fight against viral hepatitis.

The late John S. Colter was the founding father of virology at the University of Alberta. An alumnus and chair of the biochemistry department from 1961 until 1987, Colter attracted talented young researchers and built the department into one of the best in North America. A renowned virologist himself—for 27 years an associate editor of the journal Virology—Colter did pioneering work isolating infectious RNA from mammalian viruses. In 1957, he published the revolutionary finding that genetic material from positive-strand RNA viruses was itself infectious. It was through Colter that Lorne Tyrrell developed his interest in virology. 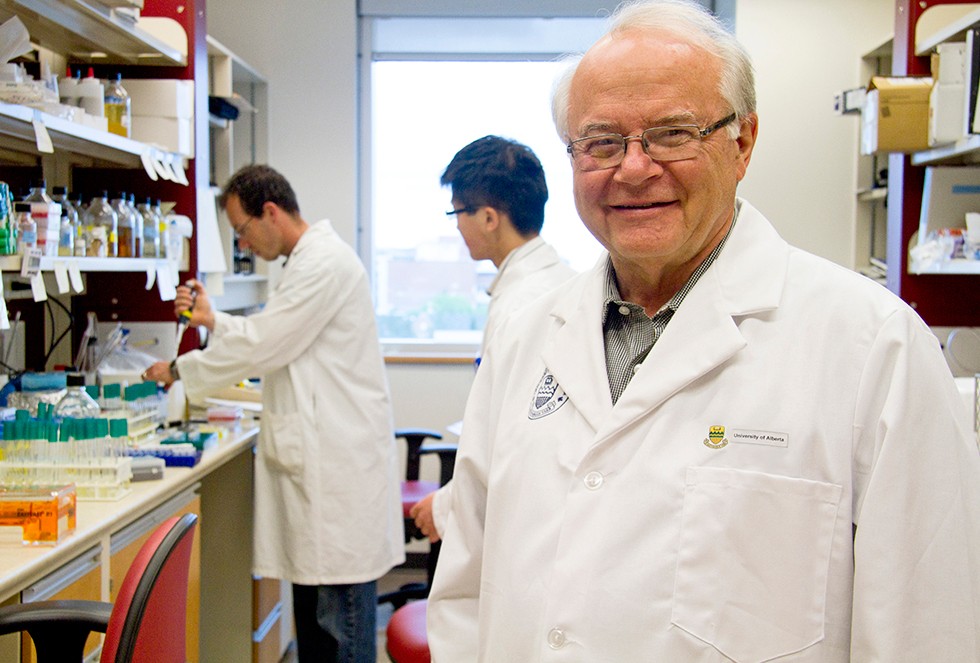 Lorne Tyrrell is a distinguished university professor of medicine and respected authority in hepatitis B and C research.

An alumnus and former dean of the Faculty of Medicine & Dentistry, Lorne Tyrrell is one of the most respected and honoured individuals in Canadian medical history. In 1986, he developed an interest in the hepatitis B virus, which affects over 350 million people worldwide. A colleague in the chemistry department, Morris Robins, shared Tyrrell’s enthusiasm, and together they went to work to find a treatment. In 1998, Robins’ and Tyrrell’s work—supported by the Medical Research Council of Canada (now CIHR) and Glaxo (now Glaxo Smith Kline)—led to the licensing of the first oral antiviral agent for hepatitis B. Today that drug, lamivudine, is licensed in more than 200 countries, benefiting millions.

Tyrrell is also the visionary behind the U of A’s Li Ka Shing Institute for Virology, created in 2010. It was the institute, and Tyrrell’s involvement with it, that took the U of A to the next level of virology research. 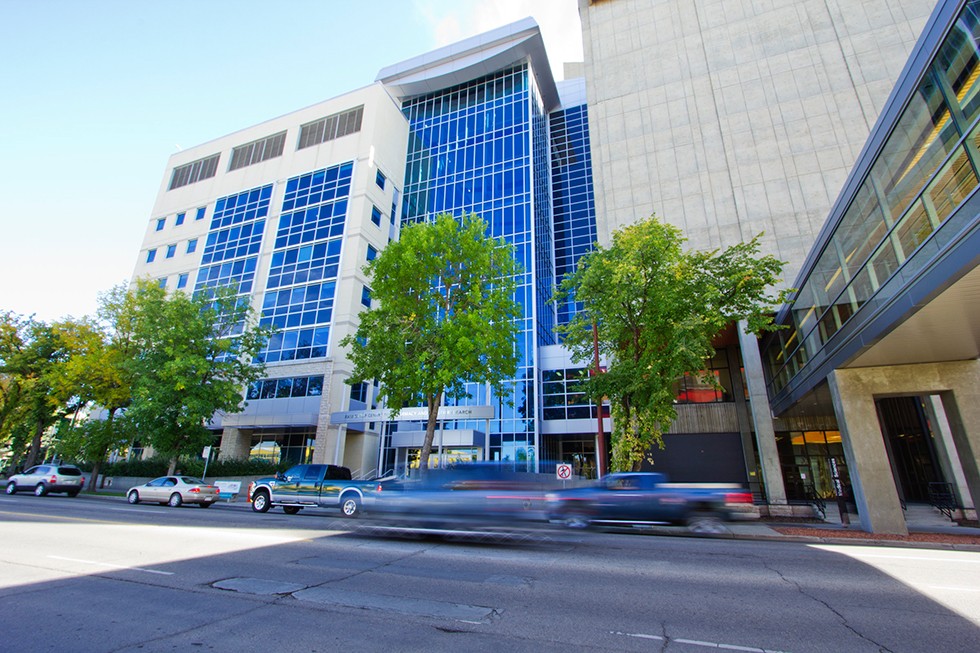 The Katz Group Centre for Pharmacy and Health Research, home of the Li Ka Shing Institute of Virology at the U of A's north campus.

Researchers at the Li Ka Shing Institute of Virology are working on everything from finding new treatments for hepatitis and other viruses, the use of modified smallpox, to curing cancer, enhancing food security and developing an inexpensive field test for the Zika virus. The institute has connections to global partners such as the U.S. National Institutes of Health and the Bill and Melinda Gates Foundation and the Helmholtz Foundation. It was created through a $28-million gift from the Li Ka Shing (Canada) Foundation. At the time, Li’s gift was the largest gift in the U of A’s history. Hepatitis B is the most common disease in China, and it was Tyrrell who personally sought out Li to pitch his idea of funding a world-class virology institute at the U of A.

A month after the gift was announced, the U of A was awarded four $10-million Canada Excellence Research Chairs from the Government of Canada. The federal program was created to attract and retain the world’s top minds in universities across Canada. One of those minds was Michael Houghton, who joined the U of A in June of that year. 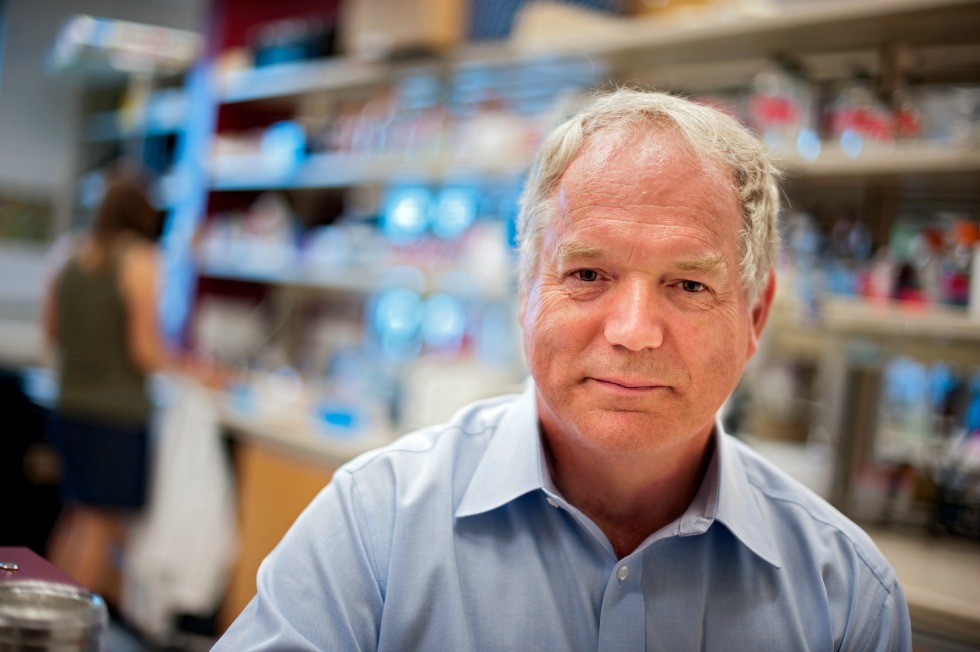 Michael Houghton led the team that discovered the hepatitis C virus in 1989 and is now developing a vaccine as Canada Excellence Research Chair in Virology at the U of A.

An estimated 170 million people around the world, including 250,000 Canadians, carry the hepatitis C virus. Thanks to Michael Houghton, the virus may one day be a thing of the past.

In 1989, working with colleagues at the California-based biotechnology company Chiron, Houghton led the team that first identified the hepatitis C virus. The virus is most readily spread through blood, so once it was identified, Houghton was able to develop a blood-screening test to protect patients who receive blood transfusions. Previously, those receiving multiple blood transfusions had a one-in-10 chance of contracting hepatitis C. Now the risk is less than one in 10 million, a number so low it can barely be measured.

Since discovering the hepatitis C virus, Houghton has been working on a vaccine. In February 2012, he revealed a vaccine prototype developed in collaboration with his research associates, John Law and Mike Logan. Houghton and his team will begin Phase 1 clinical trials next year

In 2013, Houghton turned down the Gairdner International Prize, the “Baby Nobel,” because the work of two of his collaborators, Qui-Lim Choo and George Kuo, was not also recognized. In 2014, Tyrrell argued that Houghton should receive the Nobel Prize for Medicine for his work on hepatitis C—asserting this work resulted in making blood and blood products safer. It was the key discovery that has led to the development of new antiviral drugs that cure HCV. This is the first persistent viral infection that is being cured in virtually all patients treated.

Under Houghton’s direction, an Applied Virology Institute has also been created to translate and commercialize discoveries in virology and oncology. The institute was created thanks to $52.5 million in support from the Government of Alberta. 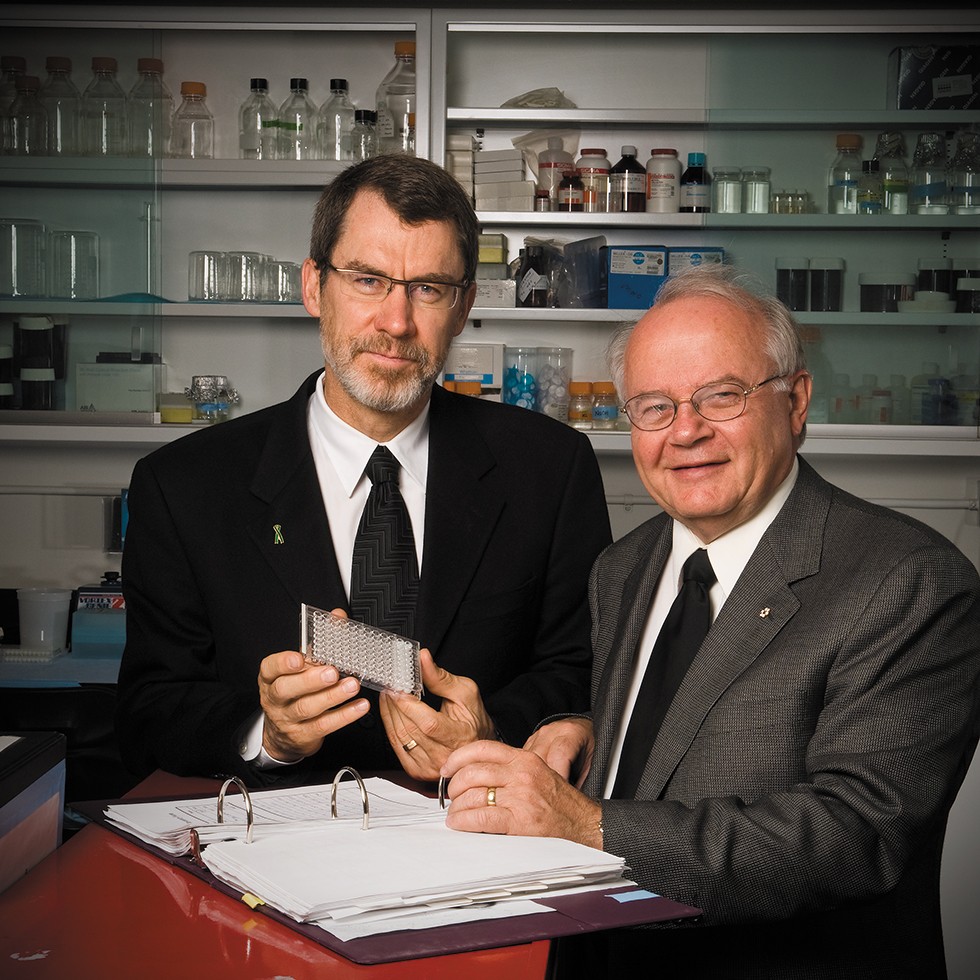 Norman Kneteman is responsible for saving over 1,000 lives through the liver transplant program he began at the university over 25 years ago. A surgeon rather than a virologist, Kneteman crosses the divide between research and clinical practice, and he works with both the Alberta Transplant Institute—home to leading researchers Lori West and James Shapiro—and hepatitis experts at the Li Ka Shing such as Tyrrell and Houghton. Along with Tyrrell and David Mercer, Kneteman developed a novel mouse model for hepatitis testing. This breakthrough, published in the journal Nature Medicine in 2001, provided the first non-primate animal for practical testing of drugs intended to treat hepatitis C. The company formed to commercialize the patented technology, KMT Hepatech Inc., now does testing for clients around the world and acts as the U.S. National Institutes of Health’s primary site for animal-model testing of antivirals against hepatitis C. 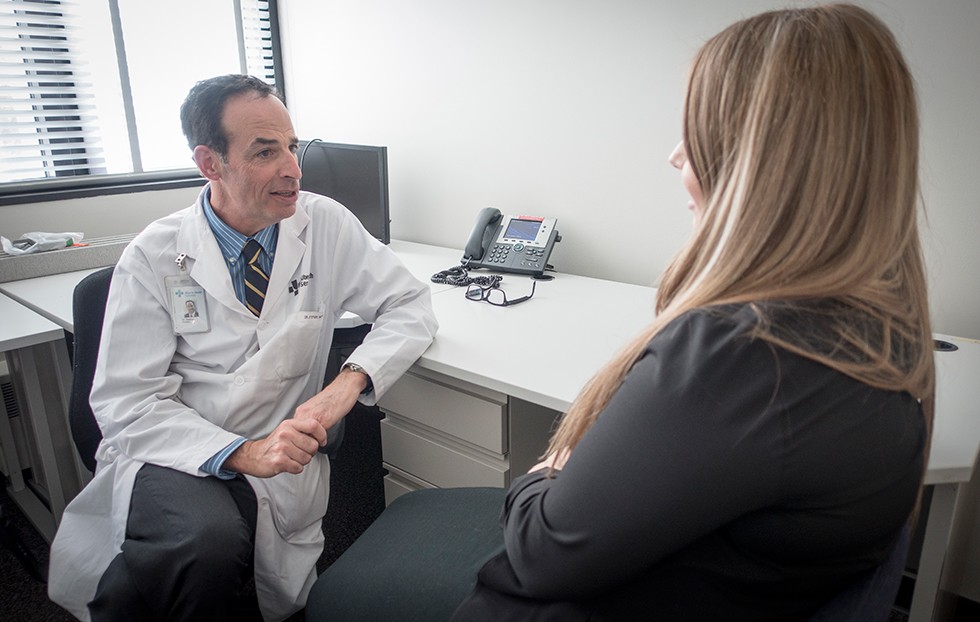 Stephen Shafran has led or participated in some of Canada's most promising clinical trials of antiviral agents and vaccines.

Stephen Shafran is an infectious diseases specialist also trained in internal medicine. As such, his research builds bridges between the lab and the bedside. Shafran has been a leading advocate for patients infected with HIV, hepatitis B, and hepatitis C, and has led or participated in some of Canada’s most promising clinical trials of antiviral agents and vaccines. About 25 per cent of individuals with HIV are also “co-infected” with HCV and therefore do not qualify to participate in Phase 3 clinical trials—an exclusionary practice that Shafran believes is discriminatory. In addition to his clinical research, Shafran also manages treatment for hepatitis C and HIV among inmates in Edmonton and Grande Cache, and is a consultant to Correctional Services Canada. 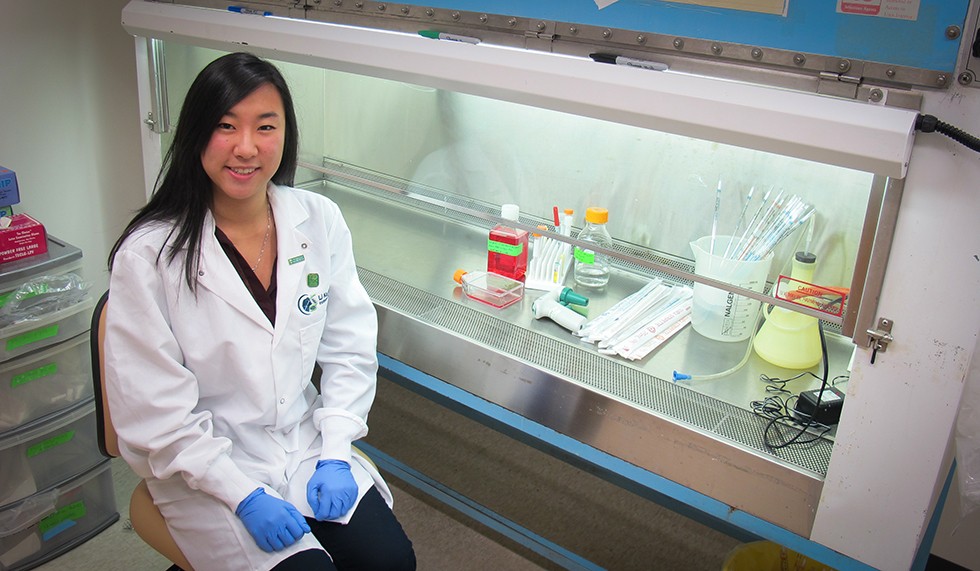 Connie Le is among the up-and-coming U of A researchers working toward a cure for hepatitis B.

Connie Le’s research is focused on developing a cure for hepatitis B. A recipient of a Vanier Canada Graduate Scholarship from the Canadian Institutes of Health Research, as well as a graduate studentship from Alberta Innovates: Health Solutions, Le is combining medical school with research through the university’s MD/PhD program, and is entering a second year of full time laboratory research in Tyrrell’s lab. Collaborating with leading virologist Keith Jerome at the University of Washington, Le’s work involves targeting and destroying a DNA genome that the hepatitis B virus makes on its own. The DNA has long been a source of resistance in HBV, even when treated with the most potent antiviral agents. 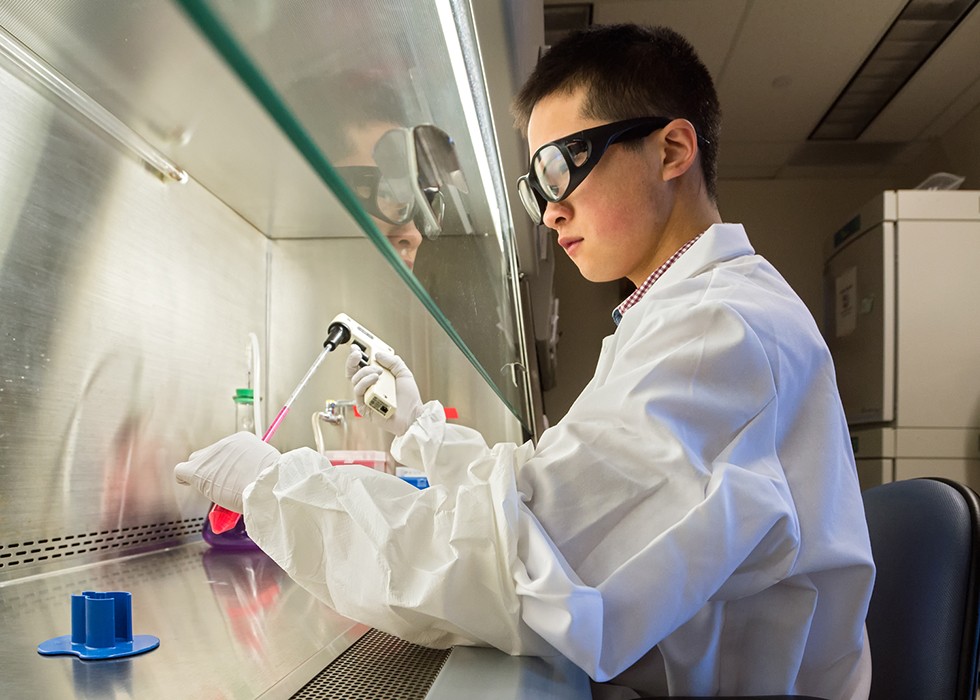 Jason Wong is working with Michael Houghton in his lab to develop a vaccine that would protect against all major strains of the hepatitis C virus.

Jason Wong came to the U of A in 2006 expecting to become a clinical doctor. Having his interest piqued by some courses on infectious disease, he began to get a feel for the strength and history of the university’s expertise in this department. Invited into Houghton’s lab, Wong was still only finding his bearings when it was announced that Houghton and the team had created a vaccine with the potential to combat every strain of hepatitis C. Studying under the best means he has access to the best equipment and a wealth of experiences abroad, including an exchange under the Helmholtz-Alberta Initiative and yearly attendance at the international hepatitis C conference, as well as participation in the National Canadian Research Training Program in Hepatitis C—a CIHR-funded offshoot group designed to train high-quality grad students to become leaders in hepatitis C research.

Leading the fight against hepatitis