Learning to serve, serving to learn 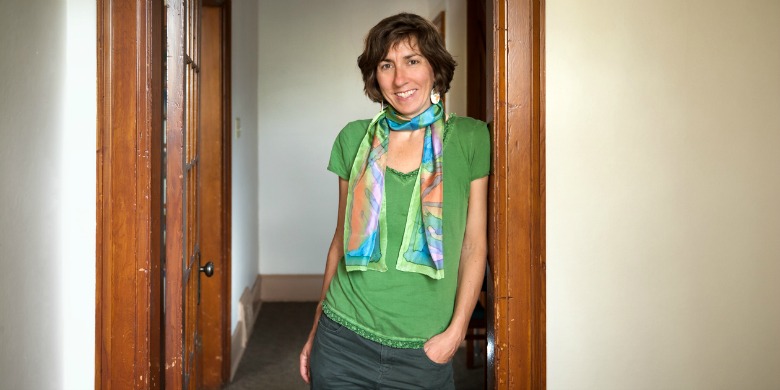 120821-saradorow-banner
Sara Dorow founded the U of A's Community Service-Learning program in 2003. The program gives students a chance to work alongside staff at non-profit community organizations.

(Edmonton) About a decade ago, a program was conceived at the University of Alberta to give students a chance to put theory into practice, foster interdisciplinary research and help the university build partnerships with community service organizations. Today, that program has put the U of A at the forefront of service learning in Canada.

Lorraine Woollard, administrative director of the Community Service-Learning program, says the U of A has become a go-to place for universities in Canada interested in implementing service learning.

“We’ve had requests over and over again for the evaluation forms we’ve used and the data we’ve gathered. We’ve become a place known for the fact that, from the very beginning, we’ve done strong evaluation and research in our programming,” says Woollard.

Sara Dorow, associate professor of sociology and the catalyst behind the program, says service learning is an educational approach that expands the traditional walls of the classroom, giving students a chance to work alongside staff at non-profit organizations trying to address issues in communities.

For example, students in CSL courses have worked with staff at the Sexual Assault Centre of Edmonton. Nikki Bernier, a recent U of A arts graduate with the centre, says taking a CSL class was a way to get involved in the community.

“You really get to learn how the issues you’re learning in your class affect people in their real lives,” says the former CSL student. “We’ve had students help us do presentations in the public, learning how to talk about this issue to the public. We’ve had phenomenal student support on a project called “Take Back the Night”—students designed posters, sourced free printing services, collected donations and contacted other organizations. It’s been a huge help.”

Expansive education or tailored training: Why not both?

That support is an example of the outcome Dorow imagined nearly 10 years ago, when she asked a colleague “if they’ve ever heard of [service learning] and would they like to try it,” she says. “I believe strongly in CSL as a pedagogical practice and as something that can raise the bar for the university and for student learning, instructors and partners. I saw it as a possibility of enhancing the university,” she says.

Since then, the program has strengthened the U of A’s position in answering questions at the heart of university education. Can a university expand knowledge for knowledge’s sake or should students come to university simply to get a degree and be prepared for employers who prefer “job ready” graduates? Those are the paradigms universities and students are caught in, says Dorow.

“Service learning combines those two and says you can learn a whole bunch of soft and transferable skills while you’re doing your higher learning,” she says. “Service learning cuts through the middle; it allows those kinds of learning to play off each other and with each other so that we don’t have to be stuck between these two paradigms as if they live in two different worlds.

With a small staff, the program has grown from a few courses to well over 70 across various disciplines, and has connected students with 80 community organizations. U of A students were the first in Canada to be offered a certificate in community engagement and service-learning. Through Humanities 101, the program offers classes at the Boyle Street Learning Centre. Other milestones include a grant from the J.W. McConnell Family Foundation and a non-profit board internship program for students.

“That program is a gem and a model for other universities,” says Dorow. “Students sit on non-profit boards and learn all the skills of board development. It’s popular with all kinds of students, from medicine to law.”

A different way to reach out

Woollard, who has been with the program from the start, says Humanities 101 is an example of the university doing community outreach in a different way. “Usually when we go out to a community like that, we’re researching them for academic research. This is treating them as learners, as though they’re on campus, except they’re not.”

“We’re able to start this fall with a pilot project that would invite community partners who accept to mentor our students as part of CSL to come and take classes at the university that are of professional development use to them,” Dorow says.

Woollard says the new project is a way for the university to give back to the community. “One of the things our community partners tell us all the time about universities is that often they come in, take what they want and go, like getting research information,” she says. “And what we’re trying to do is come in and give partners something, and come in again and give them something again, and maybe they can give us something. And then we build a relationship.”

That attitude is central to the program’s success within the university’s campuses and disciplines. Having expanded the program beyond its humble beginning within the Faculty of Arts, Dorow and Woollard say students and faculty are benefiting. And as Dorow steps down as director this summer, Woollard suggests Dorow’s simple question has yielded extraordinary results.

“What I will miss about CSL is that it’s a constantly moving and challenging thing,” says Dorow. “It’s a kind of crucible, not quite experimenting but [looking at] where things can be nurtured. I feel lucky that I know as many people on campus now; that would not have happened without CSL.”