UAlberta researcher looks at leasing as a new solution to escalating health-care costs. 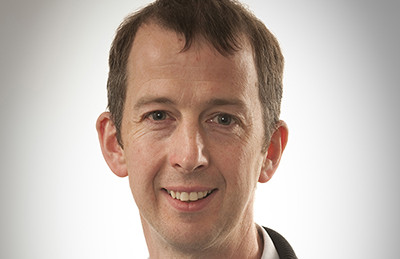 Like most people involved in health care, Christopher McCabe is well aware of the high cost of new health technologies. “Everyone knows the old system is broken. We don’t have a good replacement.” This year alone, the Government of Alberta has devoted 45 per cent of its budget to health care, a percentage that has risen steadily over the past several decades.

But in a new paper published this month in the journal Value in Health, McCabe, the University of Alberta’s Endowed Chair in Emergency Medicine Research, is proposing a new system to save taxpayers money while providing more bang for their health-care buck. He and other researchers from the universities of Auckland and Leeds are looking to the successful and widespread practice of leasing technology, which is used in other industries, as a model of what could also be done in health care.

“There was the development of both aircraft and aero-engine leasing industries in the ‘80s and ‘90s. Instead of owning the aircraft and owning the engine, airlines would lease an engine on the basis of flying time. They went from buying an aircraft to buying flying time. So we thought, surely there is some potential for health systems to buy health, rather than the health technology.”

According to McCabe, a health economist, a large aspect of ballooning health-care costs is the continual acquisition of expensive new technologies, such as drugs, with little certainty of the impact they will have. “The proposition the developers and manufacturers present to health-care systems is, ‘Here’s a technology with a lot of promise, but it’s high risk. We’d like you to pay us a lot of money because we’ve spent a lot of money developing it.’”

The U of A researcher adds, “The standard way of paying for these technologies is paying the full price up front—and the moment you’ve paid the full price, all of the risk that the technology will not fulfil its promise is transferred to the health system.”

McCabe believes leasing is a better way to share the risk of purchasing unproven technologies. Under the scheme, the health-care system would pay manufacturers while the health benefits being promised were actually observed. Payments would stop when measurable health benefits were not delivered. “It challenges the manufacturers to focus on delivering technologies that deliver health, rather than being satisfied to deliver technologies that have the promise of health. Better evidence is incentivized in a way that it currently is not.”

In his research, McCabe studied the period in which the drug Herceptin came to market to help treat breast cancer. He says under the current payment system, it took more than 19 years for the additional health provided by Herceptin to become greater than the health displaced because of the budget impact. Had it been paid for under the leasing scheme, his prediction is it would have taken only five and a half years to see a positive return on investment.

McCabe hopes his findings generate discussion. He believes government leaders will see the benefit as leasing technologies give them an evidence-based way to address rising health costs. Getting other players on board, though, could be a challenge.

“Manufacturers are not going to like it, inevitably. Because they would prefer—much prefer, commercially, for perfectly understandable reasons—to take the money and leave the risk with the payer.”

But McCabe says even they could benefit from the new payment scheme, reducing drawn-out bargaining sessions with government, and ultimately benefiting everyone.

“Negotiations over the cost and how to pay for these drugs are dragging on so long that they are using up patent life, which is very expensive. If instead they had an automatic system where they knew they can say yes to this scheme and get prompt market access … then that will be very attractive to them. It would be much better for all if we had a consensus on a standardized system. And this is a model that offers that.”