Increasing the number of dead trees in protected forests boosts populations of species that depend on it for habitat, research review shows. 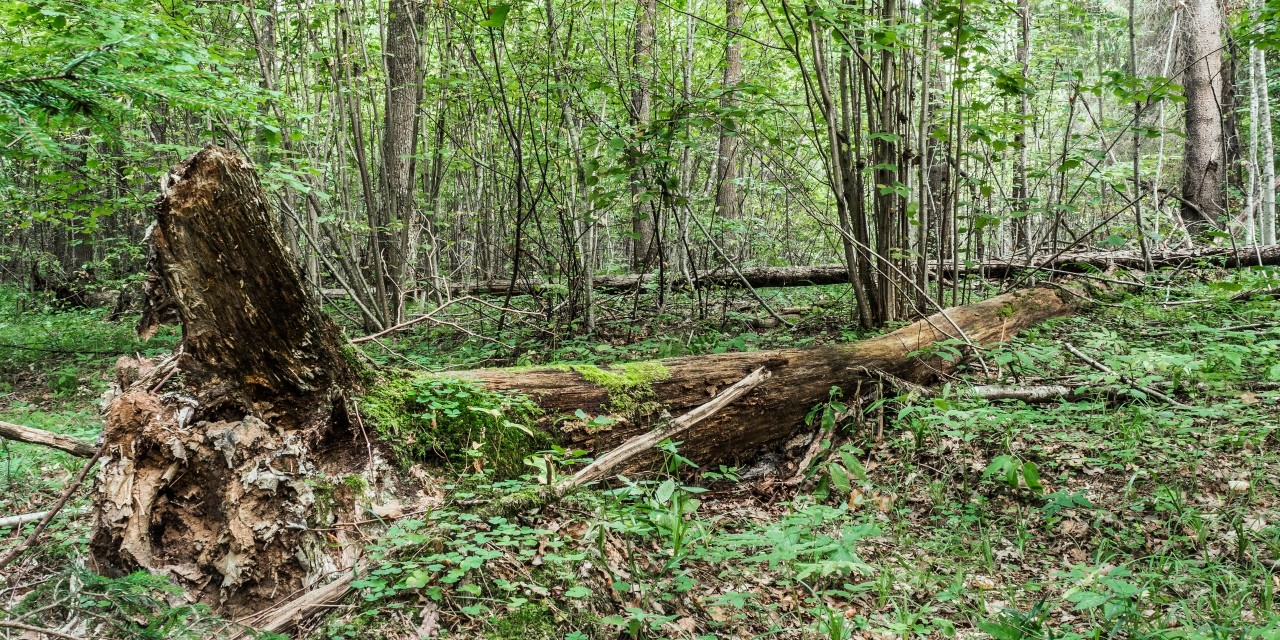 Increasing the amount of deadwood in forests boosts populations of insects, mosses and fungi, which in turn benefits species like birds, bats and amphibians, according to a new international study. (Photo: Getty Images)

Increasing the amounts of deadwood in protected forests would help conserve biodiversity, according to a new University of Alberta review.

Published in the Journal of Applied Ecology, it showed that increasing the amount of deadwood in boreal and temperate forests increased populations of insects and fungi that depend on it as habitat.

“Before it has completely decayed, a dead tree will play a role in that ecosystem for probably three or four times longer than it did when it was alive,” explained Ellen Macdonald, a U of A forest ecologist who was part of the international team that conducted the study.

“Many deadwood-dependent insects, mosses and fungi use it as a habitat, and birds, amphibians and bats greatly benefit from this,” she explained.

Though the review’s results did not surprise her, Macdonald said they should help inform forest conservation strategies, particularly for protected areas in Europe that used to be harvested for timber before being designated as reserves.

“Because these protected areas used to be harvested, many species associated with deadwood have become endangered because not enough was left behind,” she said.

The authors argue that increasing the number of dead trees by girdling or controlled burning should be incorporated into conservation management strategies aimed at rehabilitating these endangered deadwood-associated species.

Though the history of European protected forests differs greatly from those in Canada—where parks have been established in areas that were previously unmanaged—Macdonald said the new study might help park managers think about how, when and where to intervene when forest biodiversity seems to be threatened.

“If we get a mountain pine beetle outbreak in a park close to a town, that could become a dangerous fire hazard for the community. There might be pressure to go in and harvest those dead trees—something we don't normally do in our national parks and that could have undesirable consequences for biodiversity. But if the same thing happens in a remote area, we could perhaps let things run their natural course, which will have a positive impact on biodiversity,” Macdonald explained.

“Essentially, we need to make decisions that take into account competing concerns.”

Contrary to what many believe, she said, large dead trees are not a major fire hazard and the finer materials left behind after logging, like branches, are a bigger risk.

“It’s fine materials that will carry a fire. When you want to start a fire, you don’t put this big log in your fire pit, it has to start with smaller pieces. It’s the same in the forest, so dead standing trees aren’t that big of an issue.”

The study’s results are also of interest to Canada’s forest industry, which has taken measures to become more sustainable, said Macdonald.

“In the last 20 years, the industry has started leaving behind patches of living trees when they harvest, and this has had a positive impact on biodiversity,” she explained.

“Our study shows that leaving behind dead trees could help conserve biodiversity after harvesting and could also improve forest regeneration. A rotting log is a good place for plants and trees to establish because they have nutrients, hold water and offer slightly elevated microsites away from other competing vegetation.”

The research was funded by the Mistra Council for Evidence-Based Environmental Management in Sweden.