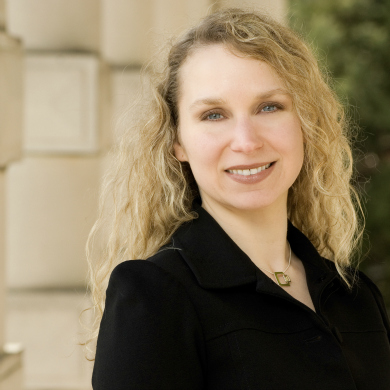 (Edmonton) Obesity rates in North America are a growing concern for legislators. Expanded waistlines mean rising health-care costs for maladies such as diabetes, heart disease and some cancers. One University of Alberta researcher says that if people do not take measures to get healthy, they may find that governments will throw their weight into administrative measures designed to help us trim the fat.

Nola Ries of the Faculty of Law’s Health Law and Science Policy Group has recently published several articles exploring potential policy measures that could be used to promote healthier behaviour. From the possibility of zoning restrictions on new fast-food outlet locations, mandatory menu labels or placing levies on items such as chips and pop, to offering cash incentives for leading a more healthy and active lifestyle, she says governments at all levels are looking to adopt measures that will help combat both rising health-care costs and declining fitness levels. But she cautions that finding a solution to such a widespread, complex problem will require a multi-layered approach.

“Since eating and physical activity behaviour are complex and influenced by many factors, a single policy measure on its own is not going to be the magic bullet,” said Ries. “Measures at multiple levels—directed at the food and beverage industry, at individuals, at those who educate and those who restrict—must work together to be effective.”

Junk-food tax: A lighter wallet equals a lighter you?

Ries notes that several countries have already adopted tax measures against snack foods and beverages, similar to “sin taxes” placed on alcohol and tobacco. Although Canada has imposed its GST on various sugary and starchy snacks (no tax is charged on basic groceries such as meats, vegetables and fruits), Ries points to other countries such as France and Romania, where the tax rate is much higher. She says taxing products such as sugar-sweetened beverages would likely not only reduce consumption (and curb some weight gain) if the tax is high enough, but also provide a revenue stream to combat the problem on other levels.

“Price increases through taxation do help discourage consumption of 'sin' products, especially for younger and lower-income consumers,” said Ries. “Such taxes would provide a source of government revenue that could be directed to other programs to promote healthier lifestyles.”

Warning: This menu label may make you eat healthier

Ries notes that prevailing thought says putting nutrition-value information where consumers can see it will enable them to make better food choices. She says many locales in the United States have already implemented mandatory menu labelling. Even though some studies say menu labels do not have a significant impact on consumer behaviour, nutrition details might help some people make more informed eating choices.

“Providing information is less coercive than taxation and outright bans, so governments should provide information along with any other more restrictive measure,” said Ries. “If a more coercive policy is being implemented, it's important for citizens to understand the rationale for it.”

Coaxing our way to good health

Ries notes that some programs designed to create more active citizens, such as the child fitness tax credit, do not seem to have the desired effect. Yet, she says that offering incentives for living healthier and exercising more may have a greater impact on getting people active. She points to similar programs used for weight loss and smoking cessation, which had a positive effect on behaviour change, at least in the short term. More work needs to be done to establish an enticement plan with longer-term effects, one that may incorporate points accumulated for healthy types of behaviour that could be redeemed for health- and fitness-related products and services. She says investing money into more direct incentive programs may be more effective than messages that simply give general advice about healthy lifestyles.

“Instead of spending more money on educational initiatives to tell people what they already know—like eat your greens and get some exercise—I suggest it's better to focus on targeted programs that help people make and sustain behaviour change,” said Ries. “Financial incentive programs are one option; the question there is how best to target such programs and to design them to support long-term healthy behaviour.”