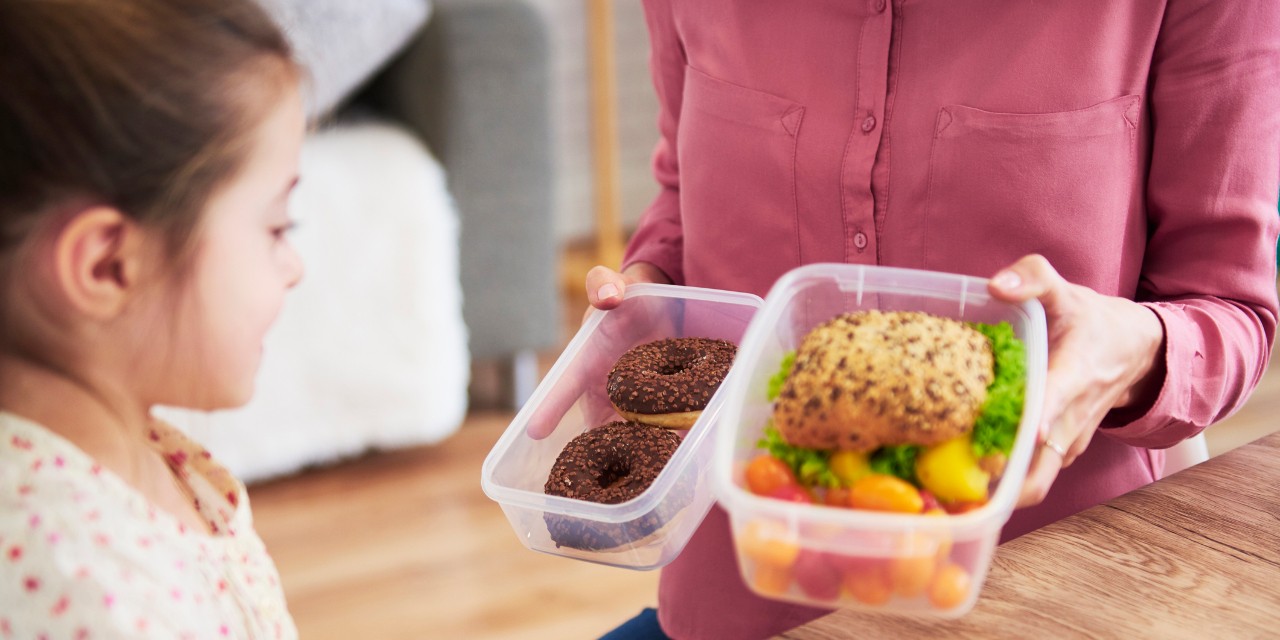 Giving in to your kid’s desire for an unhealthy snack may improve your own eating choices, a new University of Alberta study shows.

The research, published in Appetite, showed that parents and other adult caregivers such as babysitters tended to make better food choices for themselves if they accommodated the youngster’s request for a particular snack—whether that snack was healthy or not.

It was a “striking finding” that shows the psychological impacts of decision-making, said lead researcher Utku Akkoc, a lecturer in the Alberta School of Business and a consumer behaviour expert who did the study for his PhD.

Through a series of experiments and a field study, Akkoc, along with co-author and U of A business professor Robert Fisher, measured how powerful caregivers felt and what foods they consumed after making decisions in various scenarios, such as when they packed a treat the child had asked for in a school lunch.

Caregivers who listened to their children’s preferences ate a lower number of unhealthy foods themselves. In one experiment, participants who granted a child’s snack request ate on average 2.7 fewer unhealthy snacks and 1.9 more healthy snacks than those who imposed their own preferences on the child.

The reason likely lies in how the caregivers feel about their decision, Akkoc said.

“Our theory is that moms who accommodate the child’s preferences against their better judgment would end up feeling less powerful, compared to moms who successfully impose their own food choices on their children. This happens because accommodation involves a passive and less stressful willingness to yield to the child. When people feel less powerful, they make more inhibited, healthier choices like a dieter would.”

By contrast, adults imposing their own choices involves “an active exercise of persuasion in trying to get the child to eat that healthy fruit salad, not a piece of chocolate cake. You feel powerful after that, because you succeeded, and you feel licensed to reward yourself with treats,” Akkoc said, noting that the same was also true for caregivers who successfully imposed unhealthy food choices on their child.

The research also showed the caregivers were influenced in their personal choices if they were eating together with their child, consuming the same healthy or unhealthy food.

“We believe it’s because people would feel hypocritical if they ate cake in front of a child that’s made to eat fruit,” Akkoc said.

The findings offer an “effective, simple recipe” in tackling the problems of poor eating and obesity, Akkoc believes.

“It shows some ways parents and other adults can increase their own healthy eating by dining together with their children after making healthy choices for them,” he said.