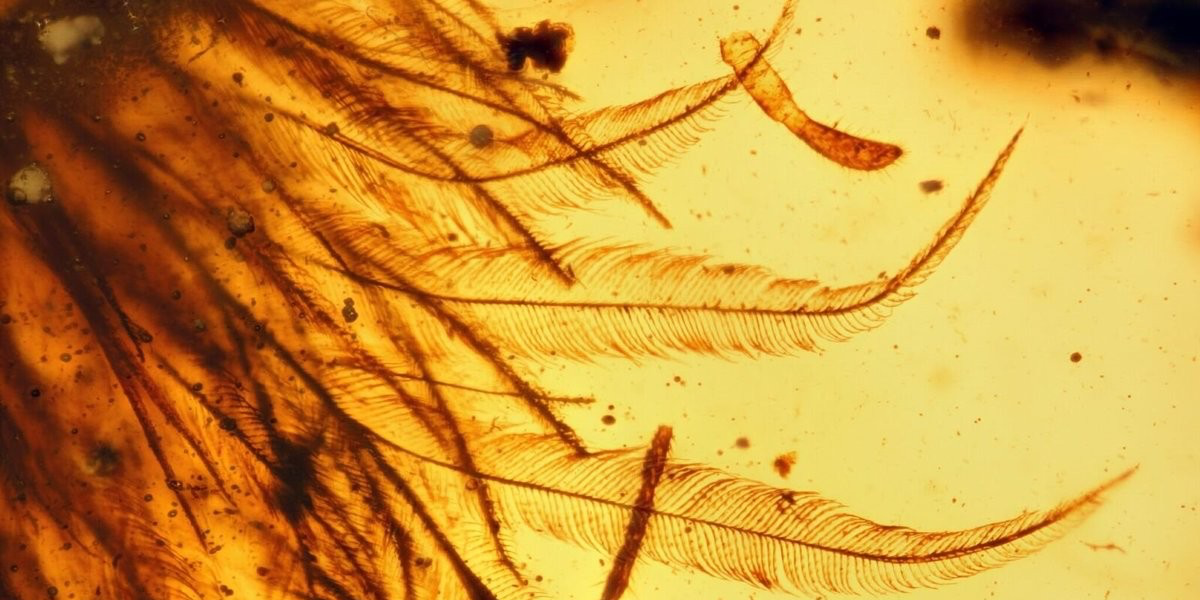 A new discovery suggests that the plot of Jurassic Park may have been unnecessarily complex.

To get dinosaur blood into the hands of genetic engineers, sci-fi writer Michael Crichton envisioned a scenario where prehistoric mosquitoes suck the blood of dinosaurs, then get caught in the sticky resin of a tree, which then fossilizes as amber.

As part of an international team of researchers, University of Alberta paleontologists have announced a discovery that cuts out the mosquito middleman. Their find is a tiny segment of dinosaur tail preserved in a nugget of amber, from Myanmar.

“The little bit of tail comes from a dinosaur probably about the size of a robin. It may be a hatchling or possibly an extremely small species that’s new to science,” says U of A paleontologist Scott Persons, one of the researchers behind the discovery. “The shape of the tail vertebrae, suggests indicates that the dinosaur was a two-legged carnivore.”

While the specimen may contain only a little bit of bone, it is loaded with surprises.

Right next to the dinosaur tail are the bodies of an unfortunate pair of prehistoric ants that got stuck, some 99 million years ago. The tail itself is covered with a coat of feathers, unlike any that have been discovered before.

Wow. A 99-million-yr-old dinosaur tail found in amber, and it's covered in ... feathers. Revamp the museum displays. https://t.co/28TT71T5g2 pic.twitter.com/xKM9g3BvkL

“Normally a fossil feather has been squished flat by the weight of the sediment and rocks that buried it,” Persons explains. “But the tree resin hardened around the tail feathers before they were buried and that has preserved them in perfect three-dimensional form.”

The small filaments that make up the feathers branch off from one another following a less symmetrical pattern than that seen in modern bird feathers, offering new insights into the way feathers have evolved since prehistoric times.

As a final surprise, X-ray and electron microscope examination of the amber revealed high concentrations of ferrous iron within the desiccated remains of the dinosaur tail. The researchers think that this is the residue of hemoglobin—or fossil blood, no mosquito required.

Should we worry billionaires will start buying up the legally protected Burmese ambers and recruiting geneticists to a secret lab? For now the answer seems to be no. But scientists are not dismissing the possibility of extracting amber-preserved dino DNA, just yet.

“Science has great track records on achieving things that are logically possible but empirically implausible,” say Tetsuto Miyashita, another UofA paleontologist behind the research. “When Jurassic Park hit the theatres, we didn't even have a draft human genome. Now we have decoded genomes from dozens of species, including even that of the Neanderthals.”

The new discovery was published Dec. 8 in Current Biology.