Living in the shadow of the atom

Scholars reflect on the legacy of Hiroshima and Nagasaki 70 years later. 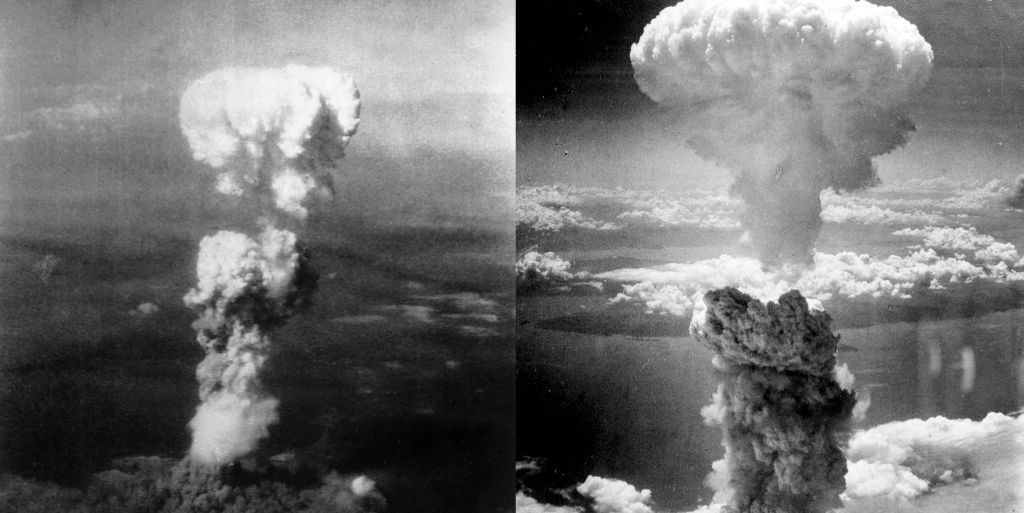 (Edmonton) On August 6, 1945, the United States Army Air Forces dropped an atomic bomb on the city of Hiroshima, Japan, an act that is frequently credited with ending the Second World War. More than 80,000 people died as a direct result of the bombing, with many more dying subsequently from injuries and radiation sickness. Seventy per cent of Hiroshima’s buildings were destroyed. Three days later, a second bomb was dropped on the Japanese city of Nagasaki, making it the second and final city ever to experience a nuclear attack. But Japan’s relationship with the power of the atom was only beginning.

“It’s ironic that the only country in the world to experience the impact of atomic weaponry became so heavily reliant on nuclear power,” says Aya Fujiwara, director of the University of Alberta’s Prince Takamado Japan Centre. “But, because of the two bombs, Japanese people in general became more peace-conscious.”

In fact, she says, Article Nine of the Japanese Constitution, which came into effect in 1947, outlawed war as a means to settle international disputes and stated that armed forces with war potential would not be maintained. But economic pressures and a lack of natural energy resources forced Japan to turn to nuclear power as part of its postwar reconstruction.

Next month, the Prince Takamado Centre, in conjunction with the U of A’s Department of History and Classics, is convening scholars from Japan, Canada and the United States to reflect on the legacy of Hiroshima and Nagasaki, and to consider the ongoing impact of nuclear energy.

“We know very well how the West sees the event and why it happened, but we don’t often hear the Japanese side,” says David Marples, chair of the history and classics department. “We want to have an objective discussion of where we are with nuclear power and nuclear weapons, whether we’re better off than we were 70 years ago.”

Fujiwara says Japanese scholars generally reject the notion that the bombing of Hiroshima was necessary to end the Second World War, given Japan’s diminished capacity to fight. Rather, it was actually the opening salvo in the Cold War, demonstrating to the Soviet Union the devastating power of American atomic technology while denying the Soviets a role in peace negotiations with Japan. The bombing of Nagasaki is harder to explain.

“There was some logic to the first bomb, but there was no reason for bombing Nagasaki, other than if you invent something you want to test it,” she says.

The conference will include more than historical analysis, however. Countries such as France and Belgium are, like Japan, highly dependent on nuclear energy, and the last seven decades provide many object lessons in the potential downside of the atom as a power source, from Three Mile Island in the 1970s to Chernobyl in the 1980s to the meltdown of the Fukushima nuclear reactor following the tsunami that hit Japan in 2011.

“Fukushima is the quietest nuclear disaster in history and it’s still continuing and having a tremendous impact, but it’s hardly making world headlines anymore,” Marples says. “As far as the Japanese are concerned, it’s still very much present. The entire fish supply in that area is in danger, you have mass migrations of populations, places destroyed and the nuclear reactor has been shut down but not completely contained. So there is a completely new question about whether this is the right path.”

Fujiwara says the conference will also feature panel discussions about the impact of the atom on Japanese popular culture in literature, manga (graphic novels) and anime (animated films). Seventy Years After Hiroshima: Conceptualizing Nuclear Issues in a Global Context takes place Sept. 18-19 in the U of A’s Telus Centre. Everyone is welcome to attend.

Living in the shadow of the atom