Collaboration more effective than competition among local food stakeholders looking to scale up distribution, U of A researcher finds. 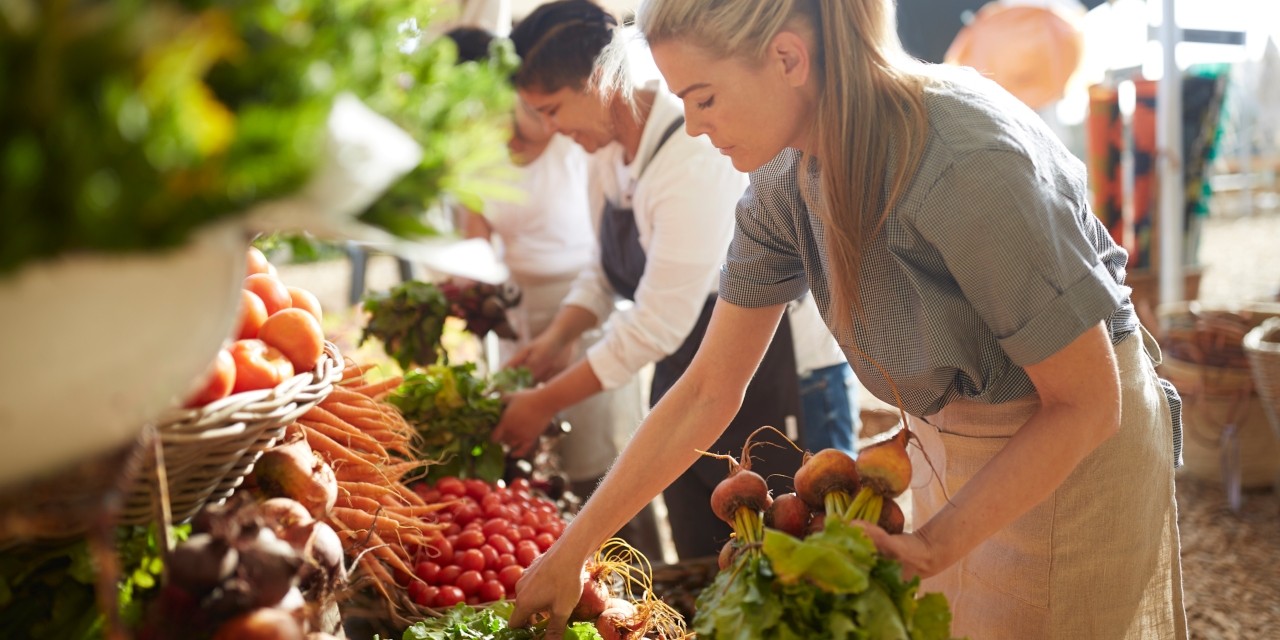 A collaborative initiative among local food stakeholders could help address the growing consumer demand for local food in Alberta, according to new research from the University of Alberta.

“The more reliant we are on food from other places, the more vulnerable we are to environmental, economic or political changes that might restrict our access to that food,” explained Mary Beckie, a U of A food systems researcher who participated in the project.

She said that by working collectively rather than as competitors, the lab’s members increased their food spending of Alberta-produced or processed foods. For some members, it has now reached 35 per cent. In 2015, the lab’s members were buying an average of 23.9 per cent of their food locally, according to Beckie.

Studies by Alberta Agriculture and Forestry indicate that consumer demand for local food is increasing significantly in Alberta. In 2016, the total market value estimate for farmers’ markets, farm retail and local food restaurants was $1.6 billion, four times more than what it was in 2004.

Beckie said the collaboration between members was a key factor in the success of the learning lab.

“The findings show the importance of relationships, working together, meeting regularly and building knowledge together,” she said. “Gaining trust took a lot of work, and it took time to get to know people personally.”

Members of the learning lab met regularly to create a shared definition of local food. They also spent time finding out about local food available in Alberta through food tours, which provided a way for buyers to connect with local producers and processors, and produced information for government representatives who develop assistance programs for local farmers and processors.

“The challenge is creating the critical social space and supports to shift food purchasing practices and processes,” Beckie explained.

She has also been working with the Institute for Sustainable Food Systems at Kwantlen Polytechnic University to launch the Alberta Municipal Food System Policy Database to support more informed and advanced food planning and policy.

The online searchable database includes resources such as municipal development plans, bylaws and food strategies, collected from more than 25 local governments. Planners, policy makers, researchers and community advocates can use the database to research and advance food system planning in their regions.

Beckie is the academic lead for the Western Canada arm of Food: Locally Embedded, Globally Engaged (FLEdGE), with her work in Alberta focused on exploring regional food systems, particularly the role of collaborative initiatives and municipal and provincial governments in promoting local food.

The research, "Creating a Local Food Procurement Community of Practice: The Alberta Flavour Learning Lab," was published in a special issue on institutional procurement in Canadian Food Studies.