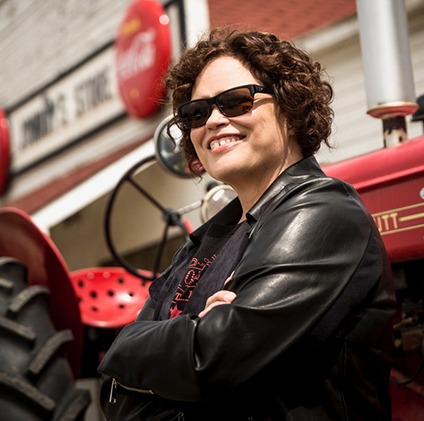 Kat Danser will receive a lifetime achievement award from the Edmonton Blues Hall of Fame when she performs at the New Moon Folk Club on Jan. 18. (Photo: Supplied)

Musician and ethnomusicologist Kat Danser also uses her considerable expertise to help black musicians in the American South protect the rights to their own music. 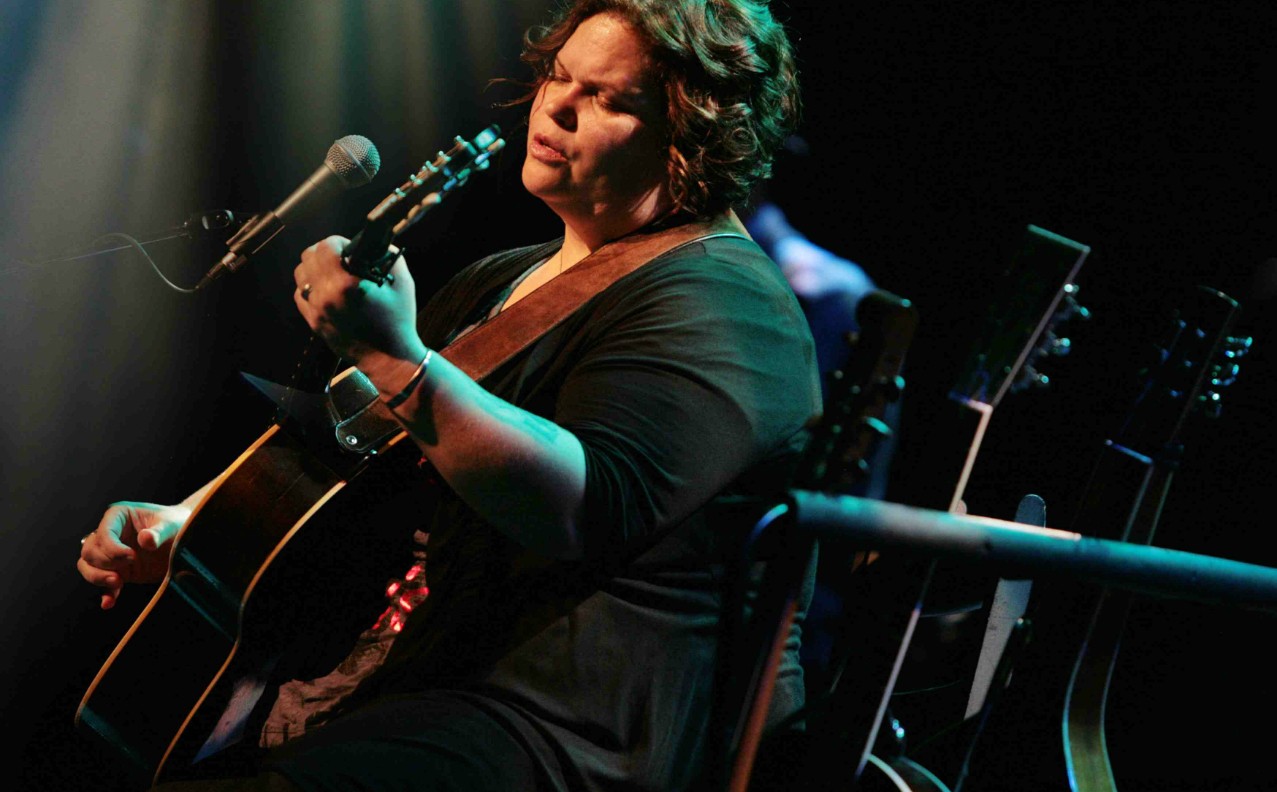 Kat Danser integrates her deep knowledge of blues traditions in her multifaceted career as a songwriter, performer, instructor and researcher. "Academia and creativity for me have always gone hand in hand." (Photo: Supplied)

Fresh from performing in northern Mississippi in 2015, blues artist Kat Danser was cruising down the highway with her African-American friend when she was pulled over by the state police.

In true Canadian fashion, she apologized immediately before asking what she’d done wrong. The officer claimed that in DeSoto County, it was still illegal for a black man and white woman to ride alone together in a car, said Danser.

She was fined $113 for the transgression. Incredulous that such a law still existed—a holdover from the racist Jim Crow laws of almost a century ago—she filed a complaint with the county and is still waiting for a response. It’s only one example of the pervasive racism she’s often encountered in her travels in the American South as a professional blues musician and ethnomusicologist.

"I can't even tell you how much I've encountered that,” she said, recalling how she has been refused service in southern U.S. restaurants when accompanied by black friends.

"That's why I have to stay really grounded in how I perform the blues and talk about it,” she said. “It's what makes my research relevant.”

Wherever she performs, the recent PhD graduate and current instructor at the University of Alberta brings years of study, travel and networking to the stage, integrating extensive research on the blues tradition into both her songwriting and interaction with the audience.

Her doctoral thesis focused on black musicians in string bands of the American South between 1920 and 1950, filling in historical gaps where certain artists have been overlooked. It’s all part of a larger project housed in the U of A’s Canadian Centre for Ethnomusicology called Music for Global Human Development.

"I educate on stage, and I'm a storyteller,” said Danser of the singular path she’s forged in music. “People love that—they hook the performance in with stories and they feel like they've travelled with me.

"When I started in ethnomusicology, I was told I had to make a choice between being a musician or an academic. I said I wouldn't make that choice. I was convinced there was a bridge, and I found it.

"Academia and creativity for me have always gone hand in hand, and whenever I tried to separate them out I felt a part of myself was missing.”

Known in Western Canada as “Queen of the Swamp Blues,” the Saskatchewan native came relatively late to the genre. She didn’t begin playing until she was 33, but within a year of picking up her first guitar—teaching herself by imitating “the best of the best”—she recorded her debut album, Ascension, in 2002.

In 2007 she exploded onto the local blues scene with Somethin’ Familiar, earning a Western Canadian Music Award nomination for best blues album. Her latest recording, released in October, is Goin’ Gone, a collaboration recorded in Nashville with Juno award-winning producer Steve Dawson.

"I would research during the day and record during the evening," she said, a perfect marriage of her two passions. She wrote the album while travelling between music archives, along the way losing 130 pounds in obstacle races on a drive to “get healthy.”

"The whole album was written during a period when I was trying to bring more energy into my life," she said, adding all that time spent listening to music in archives “opened me up musically in ways I hadn’t been before.”

Immersing herself in the simultaneously fraught and fertile cultural soil that gave birth to the blues affords Danser a perspective few Canadian musicians, and even fewer ethnomusicologists, are able to bring to their creative lives. And she said she’s determined to use that experience to make a difference for rising musicians.

In addition to her multifaceted career as a recording artist, performer, scholar and university instructor, she has used her considerable expertise to help black musicians in the American South protect the rights to their own music.

"I was concerned there is still a lot of taking advantage of these artists, some of them severely poor,” she said. “I saw the way urban people from New York were filming and recording without permission, and I was concerned about them copyrighting material.”

And so Danser began offering workshops in southern American communities to help up-and-coming musicians with copyright, setting up websites and recording songs to prove ownership.

One accomplishment of which she is most proud is convincing descendants of Alan Lomax—the musicologist who profited from a form of Mississippi blues called “fife and drum”—to set up a charitable foundation to compensate the music’s creators for past exploitation.

She also convinced the Lomax estate to return its archive of fife and drum to those creators, principally the family of Ortha Turner in Senatobia, Mississippi, but not before turning over her own collection of material that she found scouring music stores in the South.

"I purchased everything I could from my own pocket about the lineage of the fife and drum community," said Danser.

"The family was overcome with joy—both grateful and confused. They couldn't believe I was doing what the family wanted. When trust is broken over so many years, it takes a long time to build again."

While on tour, Danser performs by night and educates by day, offering her services to teach songwriting, guitar or singing at local schools.

When at home, she teaches 20th-century popular music at the U of A and musicology at Grant MacEwan University. Her long-term vision, she said, is to connect students with young artists from various cultures in the local community. Students would provide career assistance to those artists and in turn be partly evaluated by them and their community’s elders.

It’s a concept she developed last year as part of the graduate teaching and learning program in the Faculty of Graduate Studies and Research.

"We have to learn how to speak to one another across cultures. It's about how music bridges ideas of home, keeping a sense of nostalgia alive while building new memories in a new space," she said.

Danser’s next Edmonton performance is Jan. 18 at the New Moon Folk Club, where she will also receive a lifetime award from the Edmonton Blues Hall of Fame.