May is the busiest fire month in Alberta, cautions U of A scientist who urges people to be vigilant and report wildfires immediately. 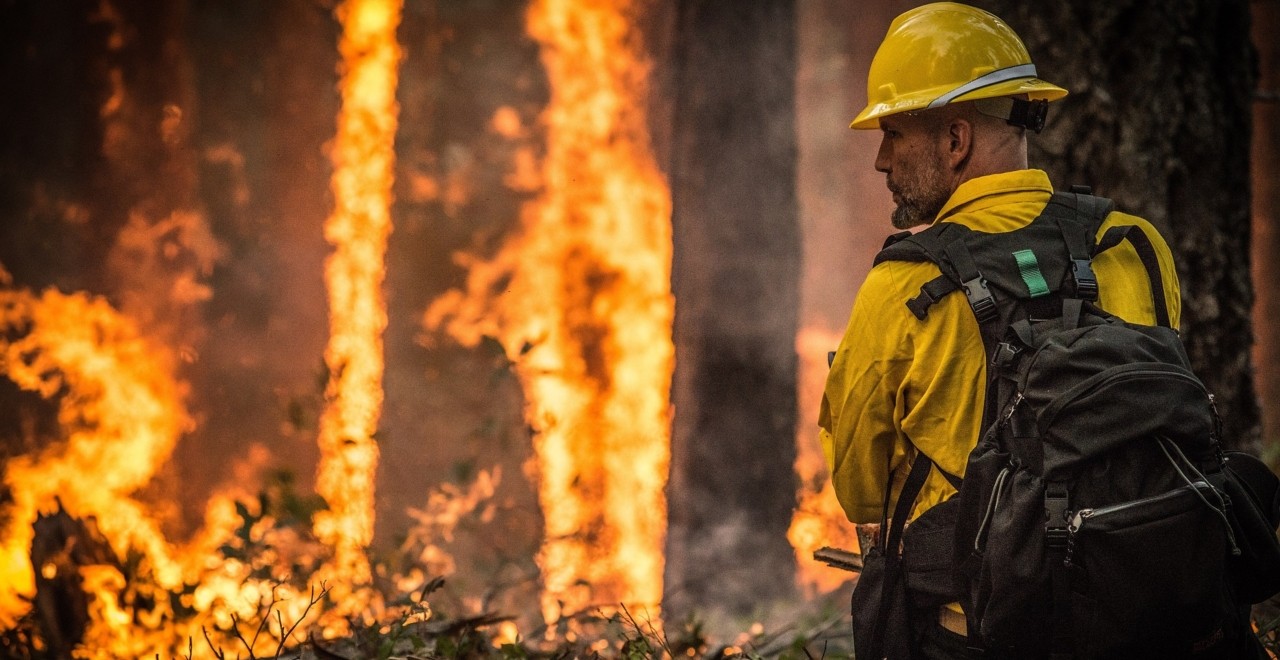 Alberta firefighters could be busy this May despite the long, cold winter, according to wildfire expert Mike Flannigan, who urges Albertans to be careful to avoid sparking accidental blazes in the forest and report fires immediately to help prevent them from burning out of control. (Photo: Pixabay)

Alberta’s long, cold winter won’t do anything to dampen the 2019 wildfire season, but being extra careful when working and playing in the forests this spring could help, says a University of Alberta expert.

“We aren’t sure what’s coming this year,” said U of A wildland fire expert Mike Flannigan. “With the snow on the ground right now, it’s not going to be a problem for the next while, but we are expecting much warmer weather so the snow could disappear quickly and we might be into fire season quickly.”

Factors like the polar vortex that gripped Alberta this winter and snowfall levels have little impact year to year in uplands—heavily treed areas that make up about 80 per cent of Alberta’s forests.

“Regardless of how much rain you’ve had or how much snow is melted, if you get a week of hot, dry, windy weather you can have a raging inferno,” said Flannigan, who is director of Canada Wildfire.

High levels of precipitation can have a bigger impact on lowlands—wetter, boggy peatlands that make up about 20 per cent of Alberta’s forests—but this winter was very dry, he said.

“That means the lowlands are more receptive to wildfires than if it had been a normal or very wet winter.”

However, the wet winters that hit parts of British Columbia and the United States could pose a wildfire problem for desert areas like California and Arizona, Flannigan believes.

“A wet winter actually means a bigger wildfire problem in the summer, because in areas with lots of grasses, shrubs and sagebrush, a wet winter means lots of plant production—and then comes summer drought and it all dies, and that means there’s more fuel to burn.”

May, not April, is the cruellest month

May is Alberta’s busiest month for wildfires, said Flannigan.

“No other province has May as its busiest fire season, and typically that’s when many of our most catastrophic fires have occurred, like the Horse River (Fort McMurray) fire in 2016 and the Slave Lake fire in 2011.”

The forests are most vulnerable to fire then thanks to a combination of three factors: plentiful dry vegetation that acts as fuel, human error or lightning strikes to spark a fire, and hot, dry winds to fan the flames.

“Typically what happens is the snow melts and there’s a window of two to three weeks before grass and plants green up, so there’s a lot of dead vegetation that is very conducive to fire. If it also happens to be warm and dry, you could really have a problem,” explained Flannigan.

May weather also plays a part, he said.

“Strong high-pressure systems pass to our east and bring down extremely dry air from the Arctic, often with a strong southeast wind, and these winds dry out the fuels and can make it ripe for fire.”

More than 60 per cent of 2018’s 1,288 wildfires were caused by humans, according to Alberta Agriculture and Forestry, and they were preventable, Flannigan added. A total of 59,800 hectares burned last year.

People working, camping and using ATVs in the forests of northern Alberta should be mindful of accidentally sparking blazes.

“Be vigilant when you are in the forest in May,” said Flannigan, who would like to see forests closed to the public during periods of extreme fire risk.

“It would be for a few critical days, only in extreme conditions when the potential for a catastrophic fire is real, and if you keep humans out of the forest, they don’t start fires,” he said.