Look at all the lonely people

With Britain appointing a minister in its name, the loneliness epidemic can no longer be ignored. Does Canada need a minister of loneliness too? 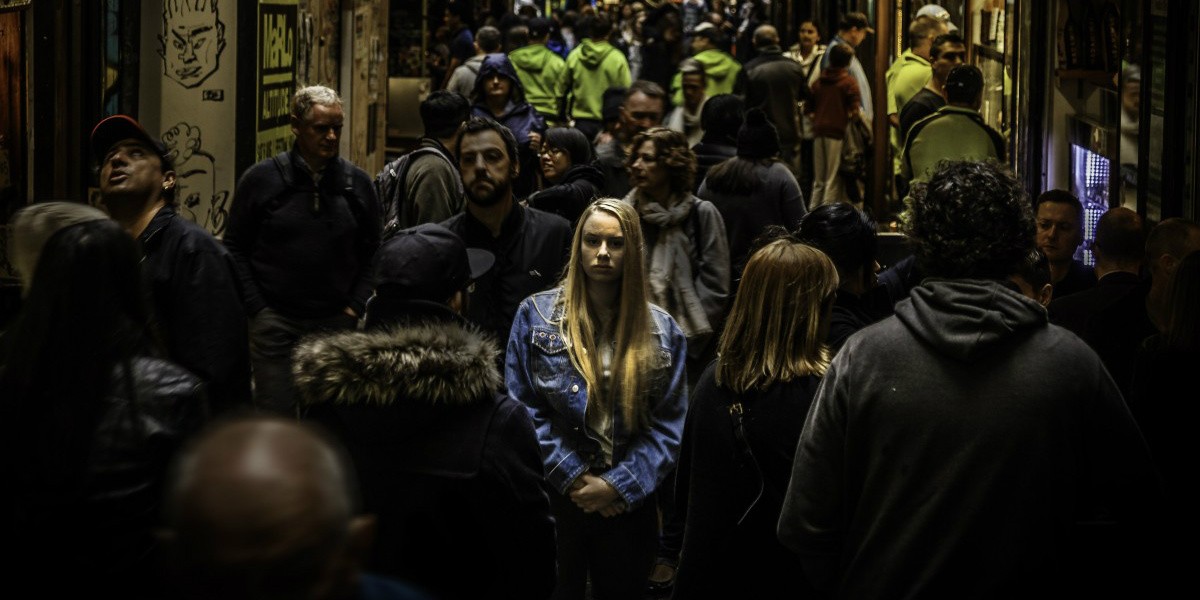 With one in five adult Canadians reporting some degree of loneliness, and two-thirds of Canadian university students saying they felt very lonely in the past year, chronic loneliness has become what one UAlberta researcher calls “the canary in the coal mine” of 21st-century life.

The jokes were inevitable. When British Prime Minister Theresa May announced that the government was establishing a “minister for loneliness,” some couldn’t help invoking Monty Python’s famous “Ministry of Silly Walks” sketch.

But the move acknowledges just how serious and disturbing the loneliness epidemic has become. In one British survey, nine million people reported feeling lonely most of the time, and a government commission concluded that rates of loneliness are "worryingly high" across all age groups.

The statistics are no less bracing in Canada, with one in five adults reporting some degree of loneliness or social isolation. A recent report by the Vancouver Foundation showed nearly a third of those between 18 and 24 in the region experience loneliness much of the time, and in a 2016 survey, two-thirds of Canadian university students admitted feeling “very lonely” in the previous year.

Britain’s minister of loneliness “puts a spotlight on what I think is increasingly recognized as a significant social problem,” said David McConnell, a researcher in the Faculty of Rehabilitation Medicine who examines repercussions of the loneliness crisis.

Being lonely can be bad for your health

The health consequences can be severe and even fatal. Loneliness can kill people as surely as smoking 15 cigarettes a day, according to a Brigham Young University study released last summer. It is associated with a range of health problems including heart disease, diabetes, immune deficiencies, cognitive decline and cellular aging.

But McConnell argues loneliness is not simply a health problem, and to treat it as such—with a designated federal ministry—could be counterproductive. He prefers to see chronic loneliness as “the canary in the coal mine” of 21st-century life. Treat the symptom, by all means, but it’s more important to ask how we arrived at this place.

"We need to talk about the social causes—it's too easy to see loneliness as an individual problem or problem for individuals.

"Historically, our levels of church membership and civic engagement have declined dramatically,” he said. “We're not as plugged in locally. At the same time we're an increasingly globalized society, and our sense of connectedness is now much more diffuse."

The growing tension between work, family and community life has also made it tougher to maintain those vital social ties. So has a high degree of economic mobility, forcing people to uproot to chase employment.

"We have to look at this from a number of directions,” said McConnell, such as how we structure our work lives. Flexible work hours and other policies that allow for more community engagement “would start to address the problem."

Janet Fast, who studies how life changes with aging, agrees that appointing a Canadian minister for loneliness, though it might carry symbolic import, is not the best answer to the crisis and may deflect from the root causes.

“Loneliness and social isolation are complex phenomena, and while we can identify those who are most at risk of experiencing these, the experience itself, and the causal factors for experiencing them, are many and varied,” said Fast.

She argued it’s important to distinguish between loneliness, "an unpleasant emotional response to isolation" and social isolation, or "lack of contact between an individual and society.

“Loneliness may be the result of isolation, but not necessarily,” she said. “One can be lonely in a crowd, or isolated but not lonely. In fact, isolation may be voluntary.”

Voluntary or not, living alone has become a new kind of normal in Canada. Census data from 2016 show 28.2 per cent of Canadian adults live alone, the highest proportion since Confederation, and a quarter of those living alone say they are lonely.

In 2016, a cross-jurisdictional committee on seniors’ issues in Canada identified isolation as their primary focus. Some approaches various governments have adopted to tackle the problem include developing programs to enhance computer literacy skills, creating new volunteer opportunities and enhancing community infrastructure with transportation for seniors and persons with disabilities, and increasing accessibility of community facilities.

McConnell points to one creative solution in Sweden, where university students are given inexpensive accommodations in residences for the elderly.

“Those interactions have a huge impact on the well-being among the elderly there, but the wonderful surprise was that the young people really benefited from those relationships too,” he said.

In his own research, McConnell has found a disturbing degree of social isolation among certain groups, such as people with disabilities, who had a sixfold higher risk of suicidal ideation.

“That heightened risk was almost entirely explained by people’s sense of belonging to community,” he said.

Other vulnerable groups, aside from the elderly, include the LGBTQ community and recent immigrants, especially refugees, he said.

In a recent study, McConnell found that the loneliness epidemic was even reaching children in harmful ways, playing a role in the documented rise of social and emotional problems among youth. Seeing the world as a “more unsafe, threatening place,” lonely parents become overprotective, he said. Fearing negative judgment, they pull their kids back from the “free and risky” outdoor play so important to early development.

And though chronic loneliness can indeed be damaging, McConnell warns against over-pathologizing a common emotion. It is, after all, a natural part of being human—everyone feels lonely from time to time. Literature, movies and music are full of it.

“It’s kind of like our (fight-or-flight) threat detection system," said McConnell. "It signals us to do something about it. We feel lonely, so we seek relationships with others. Most of us are not lonely for long."

Look at all the lonely people