Looking beyond our borders: How the Faculty of Medicine & Dentistry is working to expand its global reach 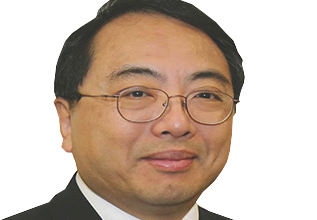 When Lap-Chee Tsui, a world-renowned geneticist and president of the University of Hong Kong, visits the University of Alberta on March 26, he will have a familiar face in the crowd. Rachel Wevrick, a former grad student of Tsui’s 25 years ago during his time as a professor at the University of Toronto, remembers him as a passionate and personable innovator.

“It was a really busy time then. His team had just identified the (gene that causes cystic fibrosis) and there was a lot of press about that,” remembers Wevrick, now a professor of medical genetics in the Faculty of Medicine & Dentistry at the U of A. “But he was always around, he was always in the lab and he was always coming by to see how things were going. He gave a lot of hands-on guidance for sure.”

Tsui’s visit will again offer Wevrick and others at the university advice and guidance. Although the visit is on the face a chance for Tsui to enlighten others about his medical discoveries and the journey along the way, it’s also being viewed as an opportunity for both him and university leaders to make important international connections.

“One of the things he really is excited to talk about is how he might advise us and how he might play some kind of a role in terms of our connections to Hong Kong and China,” says Renny Khan, the Faculty of Medicine & Dentistry’s director of international programs. “He has insights and connections to the highest levels in China.”

It’s hoped Tsui’s visit may contribute to a greater partnership with the rapidly rising superpower. China is poised to soon surpass the United States as the world leader in economic might. Khan believes strengthening connections with the country is vital to the U of A’s future, and to the long-term prosperity of Alberta and Canada as a whole. It’s a position also shared by the university’s China Institute, which is co-hosting Tsui’s visit.

“China is becoming a very important part of the landscape not only in the current world, but also in the future for a long time to come,” says Jia Wang, deputy director of the China Institute. “The U of A is tapping into one of the largest economies in the world with all its resources, talent and opportunities in terms of both the environmental and health-care challenges that China is facing. The U of A has a lot of expertise and researchers who can provide solutions.”

Though there is opportunity for growth, Khan says there are already many areas of international collaboration in which the Faculty of Medicine & Dentistry is excelling. He notes that the fields of cardiology, virology, protein sciences and neurosciences are all areas of excellence at the U of A, attracting not only foreign investment dollars but top faculty members, research trainees and graduate students from around the world.

Khan believes with vision from the U of A, international relationships can be built that will pay economic dividends for both Alberta and Canada for decades to come. China, he believes, can be a key partner in fulfilling that vision, but university leaders need to be proactive.

“We can’t just sit back and think, ‘We’ve developed these relationships, we have these friends, and things have been working for us so we can afford to let things go as they’re going.’ We’ll be left behind if we think like that.”

“It’s not time to draw back in any way. It’s a time to keep pressing forward.”

Lap-Chee Tsui will give a special lecture titled “Cystic Fibrosis from the perspectives of a molecular geneticist” on March 26 from noon to 1 p.m. in Classroom D – 2F1.04 of the Walter C. Mackenzie Health Sciences Centre.

Looking beyond our borders: How the Faculty of Medicine & Dentistry is working to expand its global reach