Researchers hope to ultimately find reliable biomarkers that can predict the disorder. 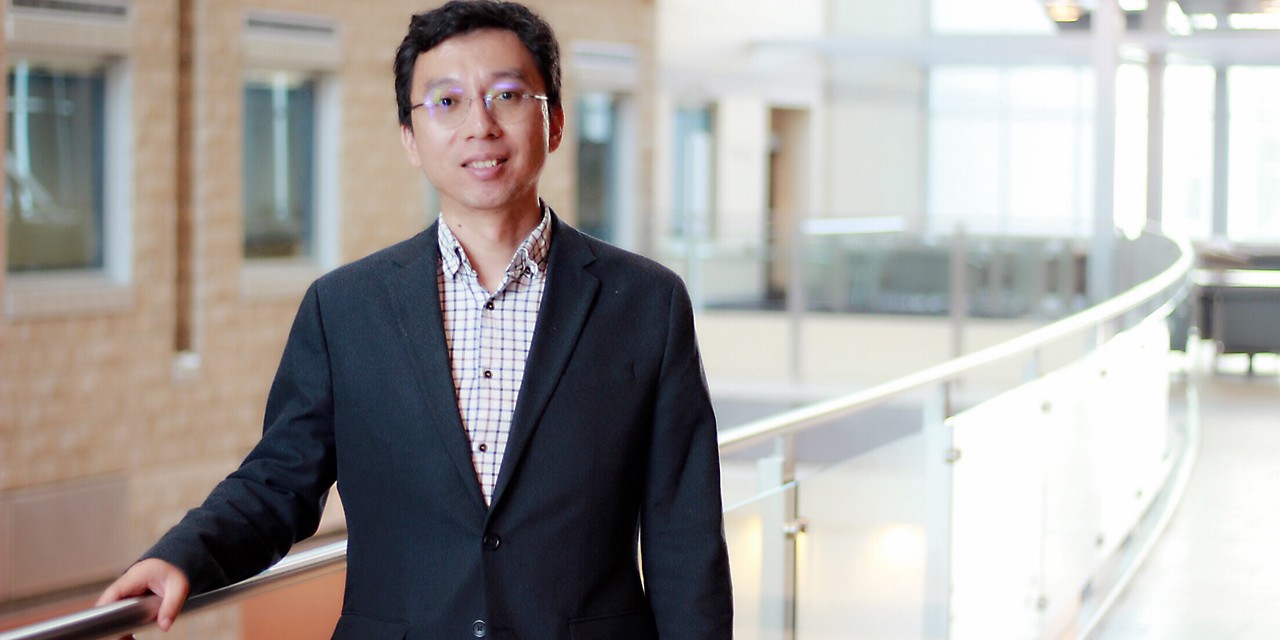 Psychiatry researcher Bo Cao and his team developed an algorithm that can identify patients with schizophrenia with 78 per cent accuracy. (Photo: Ross Neitz)

University of Alberta researchers have used artificial intelligence to help identify patients suffering from schizophrenia and to ascertain if they would respond to treatment.

Bo Cao, a psychiatry researcher in the U of A’s Faculty of Medicine and Dentistry, led a research team that used a machine learning algorithm to examine functional magnetic resonance imaging (MRI) images of both newly diagnosed schizophrenia patients and healthy subjects.

By measuring the connections of a brain region called the superior temporal cortex to other regions of the brain, the algorithm identified patients with schizophrenia with 78 per cent accuracy. It also predicted with 82 per cent accuracy whether or not a patient would respond positively to a specific antipsychotic treatment named risperidone.

“This is the first step, but ultimately we hope to find reliable biomarkers that can predict schizophrenia before the symptoms show up,” said Cao.

“We also want to use machine learning to optimize a patient’s treatment plan. It wouldn’t replace the doctor, however, in the future, with the help of machine learning, if the doctor can select the best medicine or procedure for a specific patient at the first visit, it would be a good step forward.”

Approximately one in 100 people are affected by schizophrenia at some point in their lives, a severe and disabling psychiatric disorder that comes with delusions, hallucinations and cognitive impairments. Most patients with schizophrenia develop the symptoms early in life and struggle with them for decades.

According to Cao, early diagnosis of schizophrenia and other mental disorders is an ongoing challenge, as is coming up with the personalized treatment strategy. Current treatment for schizophrenia is still often determined by trial and error. He says if a drug is not working properly, the patient may suffer prolonged symptoms and side effects, and miss the best time window for treating the disease.

In time, Cao said he hopes to expand the work to include other mental illnesses such as major depressive and bipolar disorders. While the initial results of schizophrenia diagnosis and treatment are encouraging, Cao noted that further validations and more refinement are needed to increase accuracy before the work can be translated into a useful clinical tool.

“It will be a joint effort of the patients, psychiatrists, neuroscientists, computer scientists and researchers in other disciplines to build better tools for precise mental health,” he said. “We have a Computational Psychiatry group at U of A with a team of excellent clinicians and scientists to work collaboratively on this challenging problem.”

Cao conducted the study, which was funded by the Brain and Behavior Research Foundation, in collaboration with Xiang Yang Zhang of the University of Texas Health Science Center at Houston.