Making use of heart health 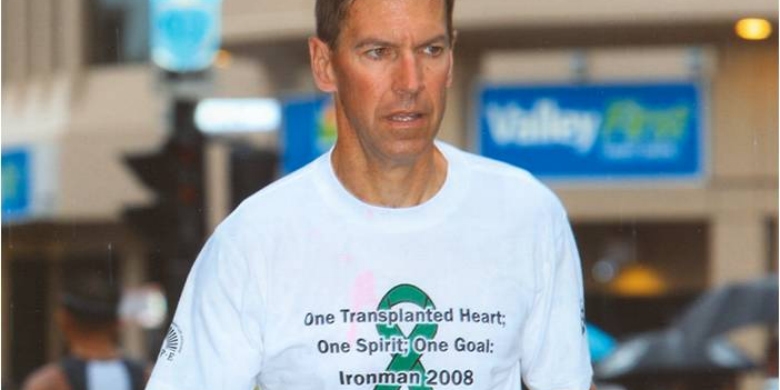 ironmanbanner
Dwight Kroening
(Edmonton)Twenty-five years ago Dwight Kroening was clinging to life in an Arizona hospital, waiting for a new heart. Kroening got that new heart and has, since then, made good use of it. He’s the first heart recipient to ever complete an Ironman Triathalon, and he will compete in his second Ironman race on Nov. 20 at the same place where he got the donated organ.

“Doing this race the second time is unbelievable. It’s unheard of,” says Mark Haykowsky, a physical therapy professor at the University of Alberta’s Faculty of Rehabilitation Medicine who’s been working with Kroening for seven years. “According to the International Society of Heart and Lung Transplantation’s registry, started in 1982, more than 100,000 heart transplant procedures have been done and only around 100 have lived to 25 years.”

Kroening met Haykowsky when he was doing a study that looked at heart recipients’ responses to exercise. Kroening, who has stuck with Haykowsky and used his expertise since, says the U of A researcher gave him the confidence to train for this event by testing his heart’s response to intense training.

“The type of research Mark is doing could have so much benefit to the transplant world and people who’ve had heart transplants. There is science behind it. With training, with exercise, with time, your heart is potentially going to function like a normal heart,” says Kroening. “We don’t have an excuse not to exercise, stay healthy, stay fit and eat right.”

Kroening was 26 years old when he received his new heart.

“The transplant saved my life. I’m hoping and praying that I’ll have the opportunity to meet the donor’s family when I go down in November. It would be mean so much to meet and thank them.”

When asked whether or not he’s nervous competing in one of the world’s most gruelling races for the second time, Kroening nods without any hesitation. “It’s going to be quite emotional, knowing that the donor came from Phoenix. It will be a significant thing for me as it is 25 years after the transplant and I’m racing right where it all happened.”

Haykowsky will be going with Kroening to the Ironman Arizona race.

“Dwight is the first to do the race 25 years after the transplant. I’m going to go support him and cheer him on.”

Making use of heart health
Newsroom