New popular toys are an added distraction, not a help, says researcher. 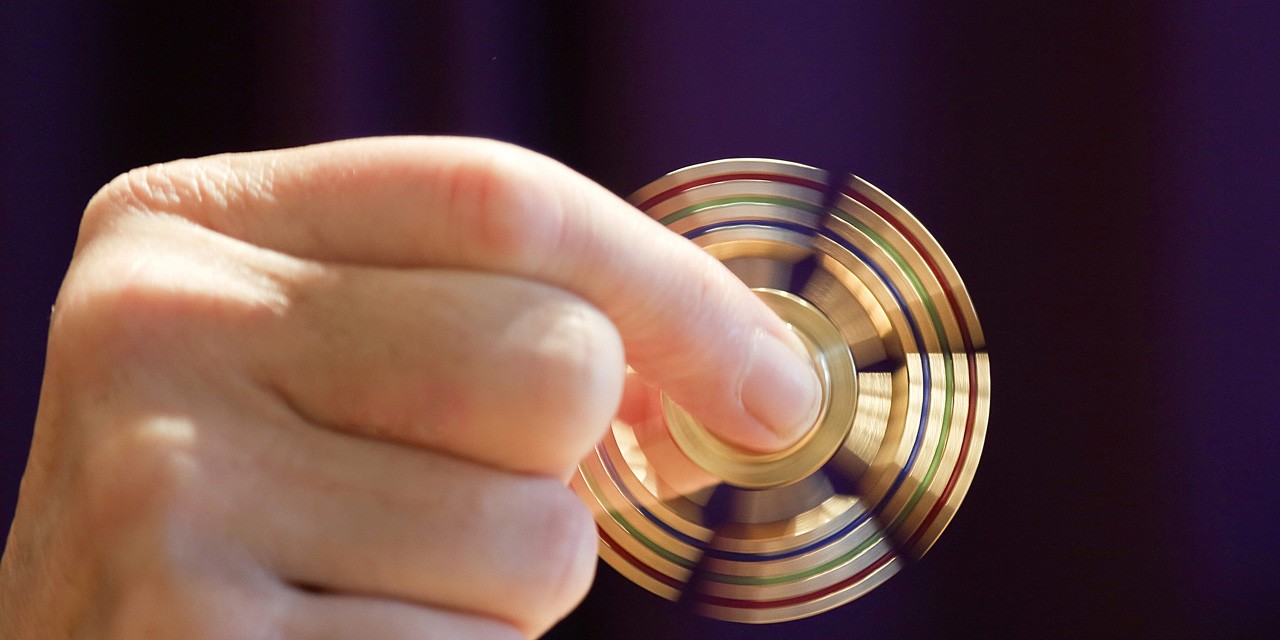 Fidget spinners are marketed as a way to keeps students engaged in the classroom. Experts, however, say the research does not back up those claims and the devices may even distract away from the task at hand. (Photo by Robert Couse-Baker via Flickr, CC BY-NC-ND 2.0)

Popular fidget toys marketed as educational boons for children with attention deficit hyperactivity disorder (ADHD) or autism are actually distractions themselves that may undermine evidence-based classroom interventions for students with special needs, according to a UAlberta educational psychologist.

“The toy industry is making an awful lot of money marketing them as an intervention, where they’re really not,” said Alison McInnes, whose research focuses on helping students with ADHD succeed academically.

“They’re just the latest toy that kids are bringing to school. And they’re taking time away from things that do work to help children.”

McInnes said that fidget toys, often referred to as “fidget tools,” have been popular for some time in classrooms and can provide some benefits for certain children. The idea is that having something to hold and manipulate during a lesson can help some children with attention control difficulties stay more focused and engaged. The tactile feedback is also thought to help some children deal with anxiety.

But McInnes said that even with traditional fidget tools like squeeze balls, key chains or twist and turn blocks, there’s no scientific evidence to bear out claims that they help kids focus, or that they improve memory, reduce anxiety or enhance creativity, especially in populations as diverse as children with ADHD or autism.

“The types of needs across these childhood conditions are so different, with so much variation from child to child, there’s no one intervention that can solve their learning challenges across the board,” she said. “Because students with ADHD or autism often struggle with sustaining attention and effort in the classroom, people are always looking for a quick fix. And there is no quick fix.”

In fact, devices like fidget spinners are likely to contribute to the problem they’re supposedly meant to alleviate. While kids can hold a typical fidget toy such as a squeeze ball while watching the teacher, the fidget spinners involve hand-eye coordination, and the user will be constantly watching the toy, as will others in the classroom.

“Teachers do hate them because they’re very distracting,” McInnes said. “I’ve talked to a couple of teachers who have a bunch in their desk drawer because they confiscate them. I’m not surprised they’re being banned in some classrooms.”

McInnes says she’s concerned that if fidget toys are considered by some parents and teachers as an intervention for attention control difficulties, dealing with the distractions caused by fidget toys such as the spinners may consume classroom time that could be devoted to techniques for meeting student needs that have actually been shown to work.

“The literature has a lot of good information on teaching approaches that help kids focus and stay engaged in learning, and some of those could involve movement, but it tends to be more gross motor movement like letting kids stand up and walk around,” she said.

“Other approaches are more to do with instructional adaptations like reducing distractions in the classroom, teaching self-monitoring, and helping kids break tasks down to more manageable chunks—there’s very broad literature on those kinds of interventions. In terms of these other devices, they may be popular in some educational circles, but they’re not an evidence-based intervention.”

McInnes said the controversy around the efficacy of fidget toys may already be precipitating a decline in their popularity, which might just make way for another classroom distraction toy manufacturers have waiting in the wings.

“Back in the ‘90s, many kids had a Tamagotchi, which was a small ‘digital pet’ toy worn around the neck that was thought to have a calming effect. Kids brought them to school, and every kid wanted one. So this seems to be another one of those trends. The fidget spinners are really toys that should be played with at home.”