U of A safety expert calls for mandatory training for all riders and a ban for kids under age 14. 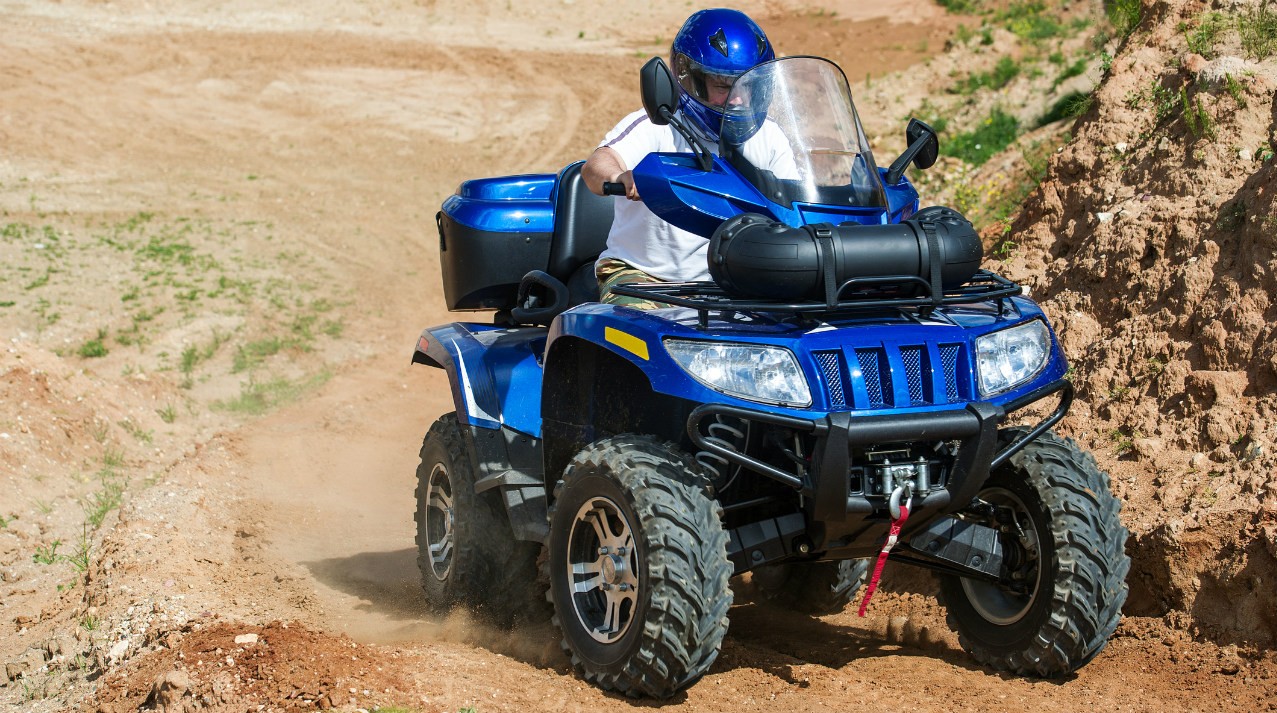 More quads are sold in Alberta than almost any other province, and incidents involving off-highway accidents send 5,200 people to hospital with injuries costing Albertans more than $100 million every year.

Albertans love their quads (ATVs), but many are not riding them safely and the consequences are deadly, according to recent University of Alberta injury data.

“Mandatory quad training is needed to help reduce the often wildly risky quad behaviour—drinking for starters— that’s leading to injury and death in this province,” said Kathy Belton, director of the U of A’s Injury Prevention Centre.

“And we would like to see a ban in use of ATVs in children under the age of 14. The numbers don’t lie,” she added.

Every year an average of 14 Albertans die in quad crashes, and more than half of those who died between 2002 and 2013 tested positive for alcohol, according to IPC research.

“Rollovers or flips are the primary cause of death in quad users,” pointed out Belton.

She said because quads are designed with a high centre of gravity, to be mobile over rough terrain, it also makes them roll over easily.

Things that cause quads to roll include riding on hills that are too steep, overloading the quad with passengers or cargo, and driving too fast.

Many users are not donning helmets or using crush-protection devices like roll bars, which provide space for the driver between the machine and the ground, she added.

“Head injuries are responsible for 41 per cent of quad-related deaths—the leading cause. And the majority, 80 per cent, of people who died from quad-related head injuries were not wearing a helmet,” she added.

Public land is the only place helmet use is required by law on off-highway vehicles, and where RCMP can monitor and charge quad users with drinking.

“We need to get the message out there for those quad users on private lands.”

Not only is skill and experience required to operate quads safely, but so is physical strength, according to Belton.

“The bottom-line message is that they are not toys. Some of these machines are 600 pounds. A 100-pound teenager does not have the capacity to wrangle it.”

Last but not least, Belton discouraged riding with passengers.

“Unless the machine is designed for two, a passenger affects quads’ centre of balance and can make it roll over more easily.”

Learn more about taking a safety course at the Alberta Off-Highway Vehicle Association or the Alberta Safety Council.