Newcomers to Canada's Prairie provinces very satisfied with care they receive despite differences in culture and language, study shows. 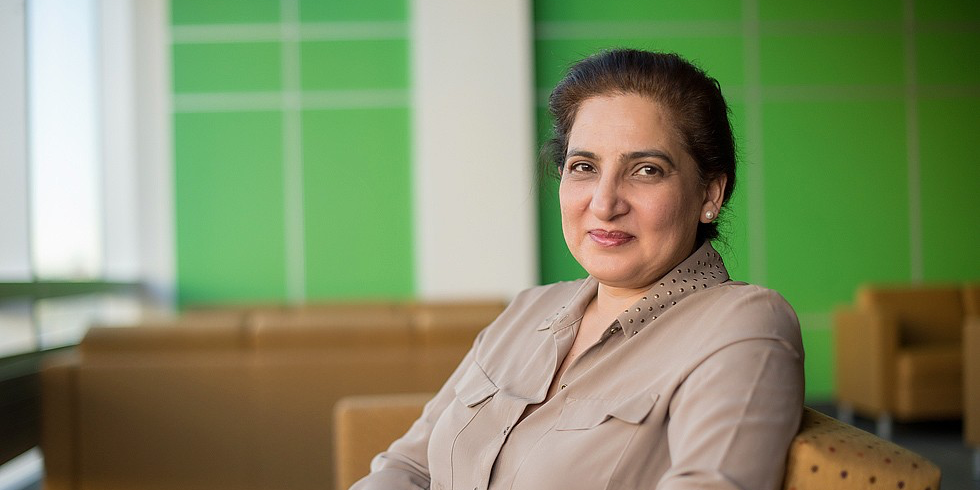 (Edmonton) Defying all expectations, new research from the University of Alberta shows that newcomer women are very satisfied with the maternal care they receive in Canada’s Prairie provinces.

A study led by Zubia Mumtaz, assistant professor in the School of Public Health, revealed that newcomer women were just as able to navigate the health-care system and received the same information regarding what to expect during pregnancy and childbirth as Canadian-born women. In addition, they were equally likely to have timely prenatal visits and contact with public health nurses following birth. The research was published in BMC Pregnancy and Childbirth.

“We were very surprised,” says Mumtaz. “We expected that cultural differences and language barriers would present far more challenges to the ability of newcomers to receive adequate care. Overall, that is simply not the case.”

Despite the good news, Mumtaz says there’s still room for improvement. The research also revealed that newcomer women were significantly more likely to have a caesarean section or an assisted birth.

“It’s difficult to say why C-section rates are higher in newcomer groups,” says Mumtaz. “However, it could be because of language issues where a physician wasn’t able to adequately communicate regarding options, so they made an executive decision. It is also possible that newcomers are more reticent to challenge provider opinions or practices.”

Newcomer women were also less satisfied with information provided about infant feeding and emotional and physical changes during pregnancy. According to Mumtaz, this could be because of the importance of friend and family relationships.

“In many cultures, friends and family are important and trusted sources of information, but are less likely to be easily available to newcomer women,” she says. “It’s also possible that what we’re seeing isn’t a lack of information—it’s a lack of willingness or a reluctance to accept practices that don’t fit in with their cultural beliefs.”

The news is encouraging for maternal health-care providers, but Mumtaz says there are still important lessons to be learned.

“As one can expect, cultural practices and beliefs still play a crucial role in maternal care. Be aware of cultural competencies and the barriers imposed by language—these clearly influence the care these women receive.

“If we are to provide a new home for these women, we must acknowledge their cultural and traditional beliefs, while treating them as we would any other Canadian.”

The research was part of a larger study led by Gina Higginbottom, a researcher in the Faculty of Nursing and Canada Research Chair in Ethnicity and Health. The study, called "Optimizing Hospital and Community-Based Maternity Care for Immigrant and Newcomer Women in Alberta," is funded by the Faculty of Medicine & Dentistry, an Alberta Health Services Emerging Team Grant, and the Women and Children’s Health Research Institute.