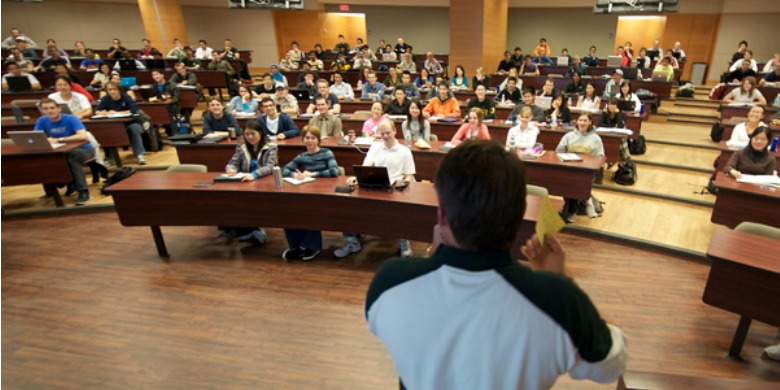 (Edmonton) The Faculty of Medicine & Dentistry’s Class of 2011 is boasting the country’s top marks on the national licensing exam for physicians.

The students, who wrote the Medical Council of Canada Qualifying Exam, Part 1, after graduation last June, finished as a group with a mean score of 561 on the “total examination,” which gave them an overall ranking of first out of 17 Canadian medical school programs.

“Despite going our separate ways to pursue our careers, our class has an immense sense of pride over this achievement,” said Class of 2011 graduate Brittany Barber. “We can certainly attribute much of it to the staff and educators who have dedicated much of their time and effort to these ends. We are all so grateful to have received our education at one of the finest medical schools in the country.”

“I am very proud of our students,” said interim Dean Verna Yiu. “This is a testament to the undergraduate medical education program, and the committed staff and faculty involved in making this one of the world’s top medical schools.”

Barber, who is doing her residency in otolaryngology at the University of Alberta Hospital, says she feels very lucky to have been a member of this class.

“I would never have guessed that I would get the chance to work and learn alongside so many brilliant, driven, talented and kind-hearted people,” said Barber. “It is truly an honour to call them colleagues and friends.”
The exam is broken into sections. In addition to placing first overall, the University of Alberta students also finished in top spot in surgery, medicine and family medicine.

The Medical Council of Canada Qualifying Exam is a requirement for all medical graduates before they begin their designated residencies. The exam is made up of 196 multiple-choice questions and a clinical decision-making component which is composed of short-menu and short-answer questions.

The University of Alberta’s Faculty of Medicine & Dentistry has had a successful year. It recently claimed 49th spot in the Times Higher Education international ranking of the world’s top 50 medical schools. The U of A was one of only five Canadian medical schools to make the list.

The U of A also remains one of the top five medical schools in Canada, according to Maclean’s 2011 university rankings.