Medical researcher gets the scoop on poop 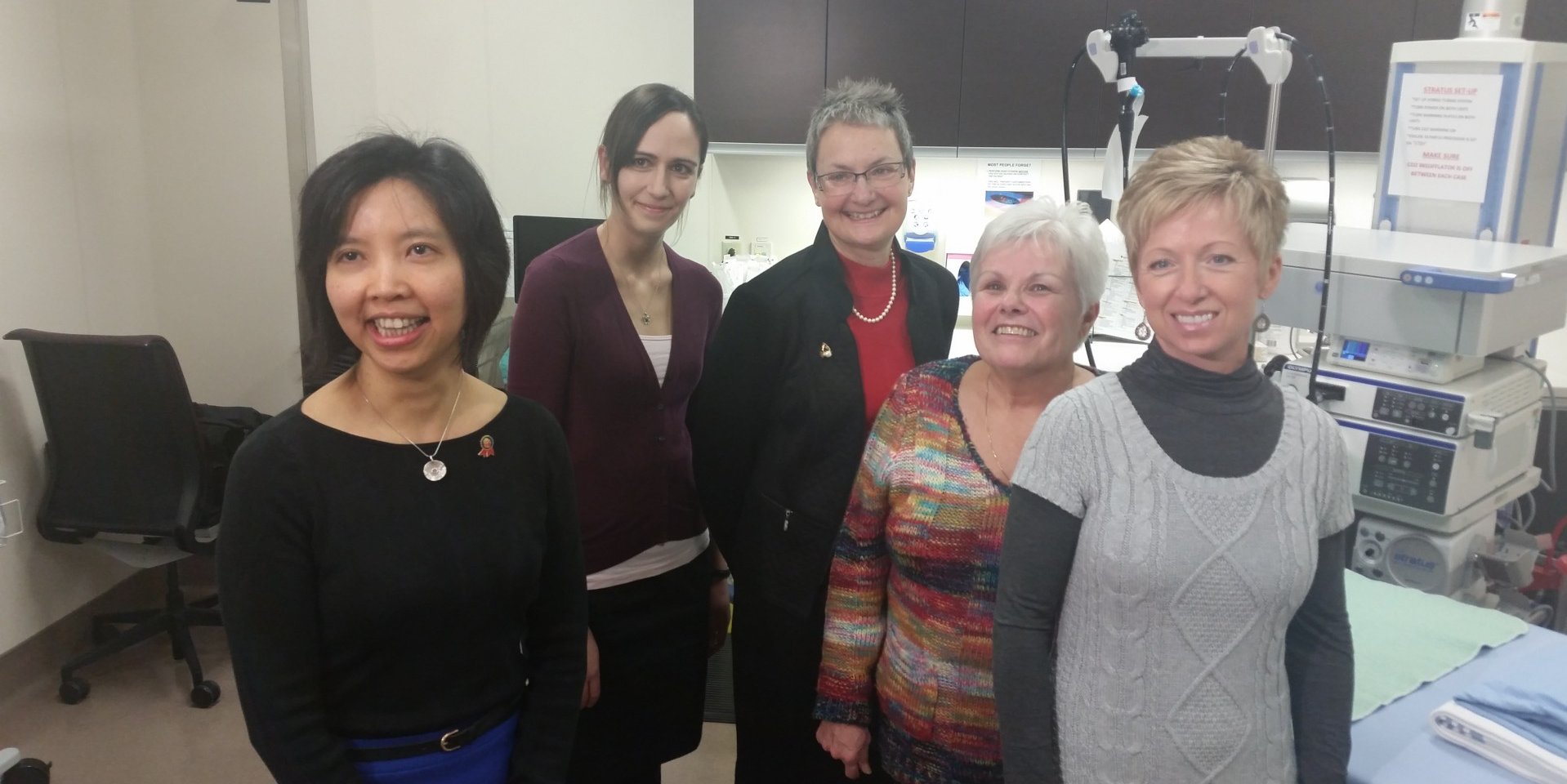 (Edmonton) Dina Kao has never been as satisfied with her work as she is today. A practising gastroenterologist at the University of Alberta Hospital, she says much of that satisfaction comes from seeing patients benefit from her unique research.

“You can see the changes in patients right before your eyes,” says Kao. “They are so grateful. It’s just the most rewarding experience.”

Kao, who is also an associate professor in the Faculty of Medicine & Dentistry’s Department of Medicine, is one of a handful of people in Canada—and just two in Alberta—testing the use of fecal microbial transplant to treat a variety of diseases. The results, she says, recalling one patient she treated for inflammatory bowel disease, have been nothing short of incredible.

“With just one treatment we were able to get him into remission. He had complete healing of his bowel. It was amazing.”

Fecal microbial transplant is exactly what it sounds like—the transplant of fecal matter from a host to a patient. The aim is to replace and replenish bacteria in the gut, which researchers now know are key contributors to overall health and are generally beneficial, keeping many diseases in check. Often in people suffering illness, the community of bacteria, or microbiome, has been severely compromised and reduced by the very thing being prescribed to help patients get better—antibiotics.

“We have trillions of bacteria in our gut. There are probably anywhere between 3,000 and 5,000 species of bacteria in our gut; it’s that diversity that maintains our health,” says Kao. “It’s just like in the rainforest. If you have just two or three different kinds of species, it’s an unhealthy forest and very unstable.”

Fecal microbial transplant is considered at the leading edge of medical research today, but the idea has actually been around for hundreds of years. According to Kao, the first recorded fecal transplant was in fourth-century China. In the 1700s, veterinarians used the procedure to treat sick animals. Only in recent years, though, have medical researchers begun examining it.

“We are still lagging behind but we are slowly picking up,” says Kao.

The most accepted current use of fecal transplant is in the treatment of recurring clostridium difficile infection, or RCDI. But Kao says there is growing belief it could also have applications in treating inflammatory bowel disease (IBD), obesity and even autism. Although Kao has put most of her efforts into using fecal transplant to treat C. difficile patients, her latest research, recently published in the Journal of Clinical Gastroenterology, shows the procedure has great promise in treating inflammatory bowel disease.

Part of the work highlighted in the paper shows the rapid recovery of a young man with Crohn’s colitis whom Kao is treating. “We gave him fecal transplant, and within a week his symptoms started to improve.” She adds the real shock came at the followup colonoscopy four weeks later for another transplant, as the symptoms had disappeared entirely from his bowel. “I was absolutely shocked to see that the inflammation had completely healed. I wasn’t expecting it to look like that.”

"Ick factor" not an issue for most patients

Kao says unlike with RCDI, where one fecal transplant can permanently cure most patients, it appears ongoing treatments are necessary to keep IBD from flaring up again. The treatments can be delivered in a number of ways, including an enema, colonoscopy, a feeding tube into the stomach and possibly, one day, in pill form.

“Most of that cost is because they get sick, they’re in the hospital, and then when they’re at the hospital it’s one thing leading to another,” says Kao. “Fecal transplant is a very inexpensive procedure compared with having to come to the hospital for admission or visiting an emergency room.”

Kao credits professor Karen Madsen in the Division of Gastroenterology for helping get the research off the ground. Madsen’s lab, she says, processed all the fecal transplants and stored samples for Kao when she was just starting out with no funding. Since beginning her work with fecal transplants in October of 2012, Kao says, she has treated more than 100 patients with RCDI and a handful with IBD. She hopes to soon expand her research efforts to look at its use in treating obesity. A clinical trial also began in Alberta at the end of September, testing the efficacy of fecal-transplant pills in treating RCDI compared with a colonoscopy. And with the field of research still in its infancy, Kao believes the best is still yet to come.

“It’s an open book. And it has tremendous potential.”

Medical researcher gets the scoop on poop
Newsroom