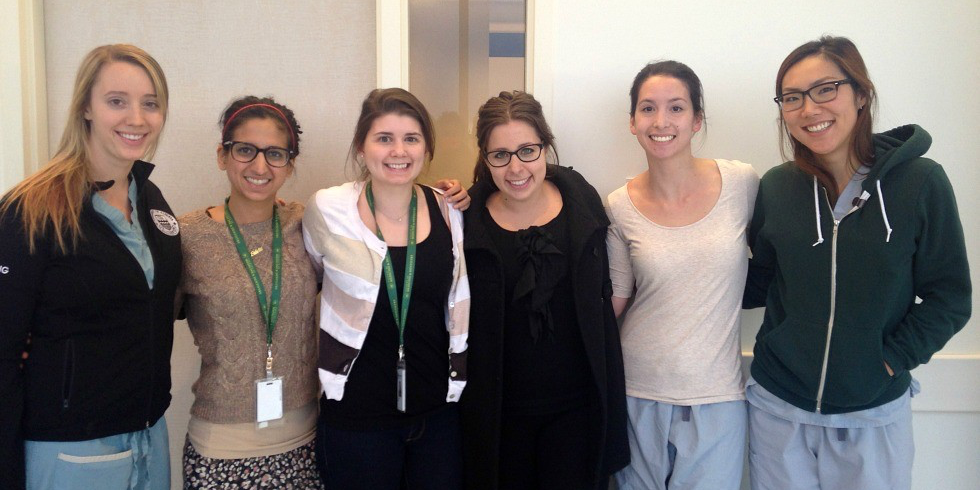 (Edmonton) Allison Edwards is a first-year medical resident in the Department of Obstetrics and Gynecology at the University of Alberta, but already she’s seen too many women pass through the hallways where she works, with a deadly yet preventable form of cancer.

“To know that their cervical cancer could have been prevented by one simple Pap test makes testing really important in our minds,” says Edwards from the Lois Hole Hospital, where she is doing her residency. “It’s such a simple test. It’s just a quick exam, a quick specimen, and it takes only minutes.”

To help raise awareness about cervical cancer, Edwards, along with her fellow obstetrics and gynecology residents at the U of A’s Faculty of Medicine & Dentistry, will be holding four free drop-in clinics in Edmonton on Oct. 15. The goal is to offer the clinics near inner-city areas on a first-come, first-served basis, and to make it as convenient as possible.

Cervical cancer is one of the few cancers health professionals can effectively screen for through a Pap test. It’s recommended that all women have one after the age of 21 or after they’ve been sexually active for three years, followed by another screening every three years afterwards. But according to the Public Health Agency of Canada, 15 per cent of women in Canada have never had a Pap test. Another 30 per cent of women have not been screened in the past three years.

Edwards says it’s unfortunate that millions of Canadian women aren’t being tested. “It’s often something that’s forgotten. It’s something that people don’t want to think about. But it’s such a simple screening test and it can pick up really early abnormalities that can prevent cancer down the road.”

By removing barriers and making the test easy for women to get, Edwards says she and her fellow residents are hoping to make a difference. At the clinics, they will also talk to women about the HPV vaccine, which has been shown to reduce incidence of cervical cancer.