Meteorite exhibit explores what happens when the sky falls 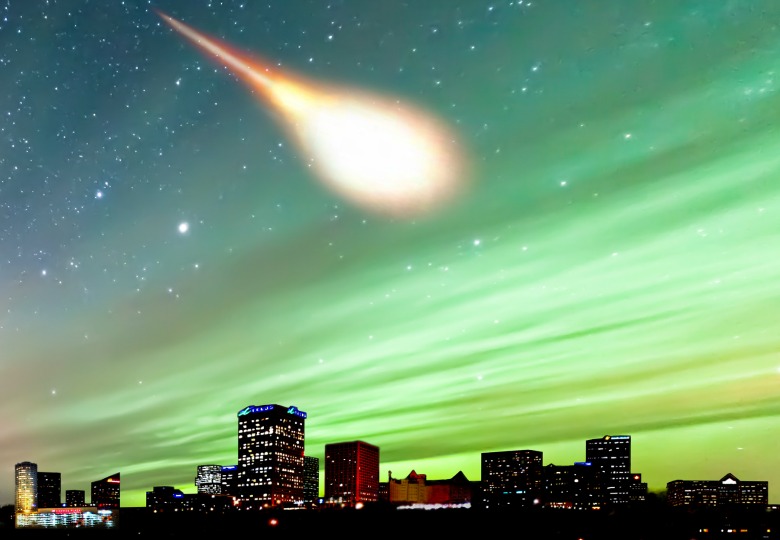 (Edmonton) An orange glow, a loud rumble, a flash that lights up the sky. That’s what hundreds of people across Western Canada saw and heard in the early evening of November 20, 2008, as a bright ball streaked across the dusky winter skyline before crashing to Earth near the Buzzard Coulee in Saskatchewan.

Witnesses to a fireball will never forget the experience. But what happens when the blazing rock fragments hit the Earth’s surface?

That’s the topic of When the Sky Falls, an exhibition featuring some of the most famous meteorites from the University of Alberta’s museum collection.

“As actual pieces of another planet or asteroid, these specimens not only hold incredible scientific value for research and teaching, but also serve as a stark reminder of the spectacular nature of meteorite falls—as well as the vulnerability of our species,” says Chris Herd, curator of the U of A Museums Meteorite Collection and associate professor in the Department of Earth and Atmospheric Sciences.

“To scientists, meteorites are samples of other planetary bodies in the solar system whose study can give us first-hand information on how our solar system was born and grew into what we see today.”

The exhibit showcases more than a dozen meteorites from famous Western Canadian falls, all recorded and witnessed by the public: Bruderheim, Peace River, Innisfree, Vilna, Revelstoke and Tagish Lake.

The Tagish Lake meteorite, which fell on the frozen lake in northern British Columbia in 2000, is one of the most pristine meteorites ever discovered. Herd’s research on fragments from the meteorite has yielded evidence that chemical building blocks of life on Earth may have been delivered to our planet by meteorites.

The meteorite samples from the U of A Museums collection will be displayed alongside the first Canadian exhibition of five pieces from the most recent, most dramatic and possibly most famous fireball event over Chelyabinsk, Russia, this past February.

The limited-engagement exhibition runs from July 30 to Aug. 3 at the Enterprise Square Galleries in downtown Edmonton. It accompanies the 76th annual meeting of the Meteoritical Society. Herd is the lead organizer for the conference, responsible for bringing hundreds of the world’s best meteorite researchers to the U of A campus.

Meteorite exhibit explores what happens when the sky falls
Newsroom