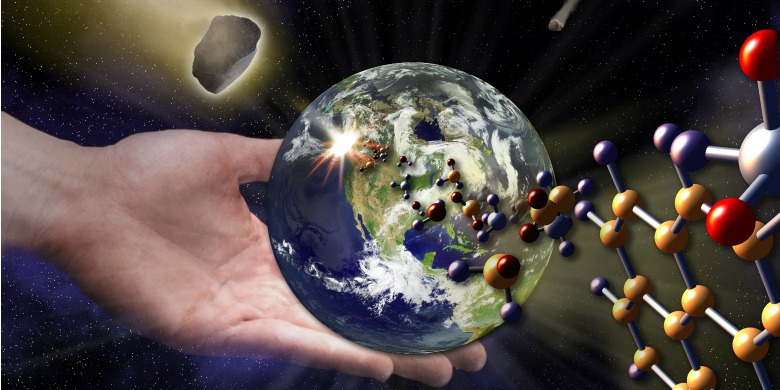 (Edmonton) A University of Alberta researcher says a meteorite that came down in British Columbia 12 years ago now reveals that a key molecular component present in all life on Earth may not have originated on this planet.

U of A geologist Chris Herd has been involved for the past several years in analyzing meteorite fragments that landed on Tagish Lake in January 2000.

Now Herd is continuing the examination of the meteorite fragments.

The researchers explain that only a particular alignment of amino acid molecules, referred to as “left-handed,” are used by all life forms on Earth to make proteins. Two of those same “left-handed” amino acids—aspartic acid and alanine—also turned up in the meteorite, says Herd.

“That means the amino acid configuration linked to life here on Earth might not have originated here,” said Herd.

“Meteorites crashing to Earth, before there was life here, may have left the correct ingredients that would later produce the amino acids we now associate with all living things.”

Herd says this research will complicate the search for life on Mars, because meteorites have also crashed on the Red Planet in the past.

“Those meteorite hits could also have introduced left-handed amino acids to Mars, which, if detected by future rovers, could provide a false detection of life on Mars,” said Herd.

The Tagish Lake meteorite is believed to be one of the most pristine samples of space rocks ever found. Because it landed on a snow- and ice-covered lake in a remote location, there was little to no chance of the fragments being contaminated by contact with the ground, and the fragments were collected without direct hand contact.

This is not the first research paper from the Tagish Lake samples to link meteorites with life on Earth. Last year, Herd and colleagues discovered that the geology of the asteroid that was the source of the meteorite fragments may have had an influence on what molecules were delivered to the early Earth.

“The amount of water and heat changed the mix of prebiotic molecules on board the asteroid,” said Herd. “Now we know what role the asteroid’s geology had on setting the scene for life on Earth.”

The latest research on the Tagish Lake meteorite was funded by NASA and the Natural Sciences and Engineering Research Council of Canada.

U of A Museums: Meteorite Collection