Phair says the university’s board is focused on responding to economic shifts and education needs of society in areas like big data, AI and precision medicine. 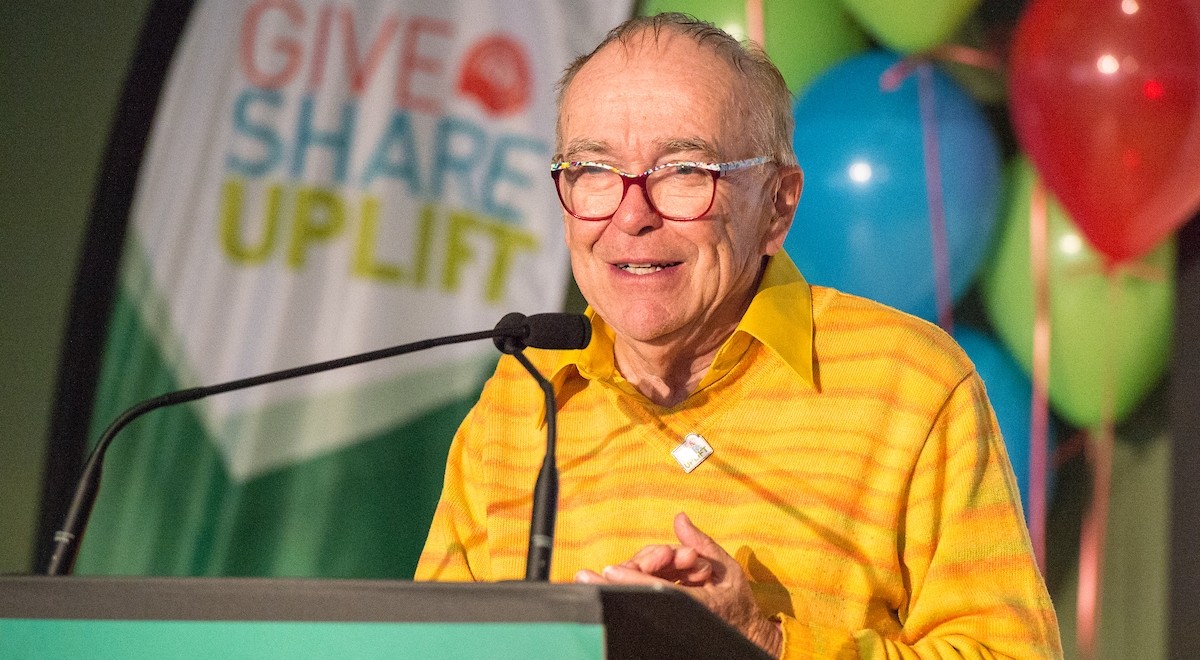 Michael Phair has been reappointed to a second three-year term as chair of the University of Alberta Board of Governors. (Photo: Richard Siemens)

University of Alberta Board of Governors’ chair Michael Phair has been reappointed for a second three-year term.

“Through the first three years, the thing I’m most proud of is how the board has come together as a working group, and how effective it has been not only in oversight but foresight, trying to look ahead to see how the university might move in directions that make sense,” said Phair, a former longtime Edmonton city councillor and activist.

He said he’s especially proud of the relationship the board has forged with senior administrators, led by U of A president David Turpin.

“Even when we hit tough spots, we’ve been able to work through them and hang together as a board,” said Phair.

He added the cohesiveness has been particularly important in solidifying financial support from both government and the private sector during challenging fiscal times.

The board is responsible for guiding the future of the institution and is accountable for ensuring public funds are used effectively and appropriately.

“There isn’t any doubt in my mind that with the changes in the economy, how the university responds to the education needs of society—whether that is in big data, artificial intelligence, precision medicine or something else—is a big part of the challenge.

“Looking forward, the board needs to continue to make sure the university remains relevant to young people as they move into a changing world.”

Phair has strong links to the U of A, the post-secondary sector and Edmonton.

He continues to serve as an adjunct professor with the U of A’s Faculty of Education and is a member of the Institute of Sexual Minority Studies & Services’ advisory committee.

He was the U of A’s director of community relations, a position he held from 2007 to 2011. He has also been an instructor at Mount Royal University and MacEwan University.

Phair holds a master of education in early childhood education and development from Loyola University’s Erikson Institute, and a master of arts in special education from San Francisco State University. From 1992 to 2007, Phair was an elected member of Edmonton’s city council, representing a ward in central Edmonton.

"Michael Phair has shown incredible support for the Board of Governors, he’s great to work with and he’s a champion for the U of A,” said David Turpin, U of A president and vice-chancellor. “We’re extremely fortunate to have a board chair who cares so deeply about this university."

Phair’s dedication to community service is extensive. He also serves as co-chair of the End Poverty Edmonton Stewardship Round Table, a city of Edmonton initiative to eliminate poverty in a generation.

He continues his service with the North Saskatchewan River Valley Conservation Society, an Edmonton group committed to preserving the Big Island/Woodbend area of southwest Edmonton, as well as with the Seniors Association of Greater Edmonton (SAGE), the Pro Coro Society and the Edmonton Homeward Trust.

During his 15 years of governance experience at city council, Phair also served as board chair of the Edmonton Social Planning Council and the former Federation of Canadian Municipalities.

Phair is a recipient of the Queen’s Diamond Jubilee Medal and the Canada 125 Medal from the Government of Canada, and was named the Edmonton Journal’s Citizen of the Year in 1986.

As U of A board chair, Phair doesn’t receive a salary or honorarium. The chair and board members are reimbursed for allowable expenses per the board’s bylaws.