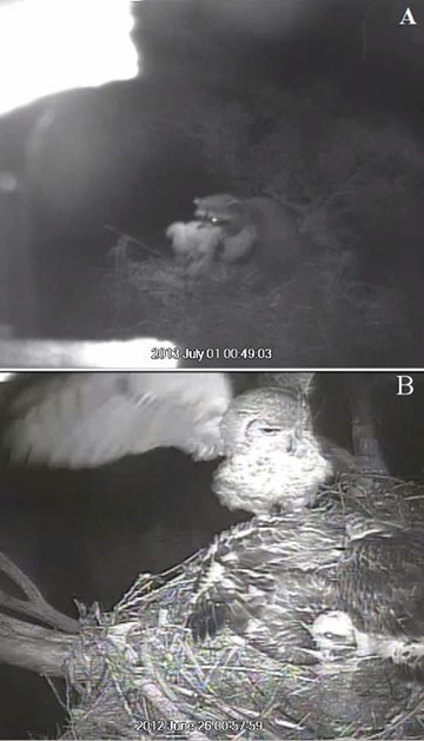 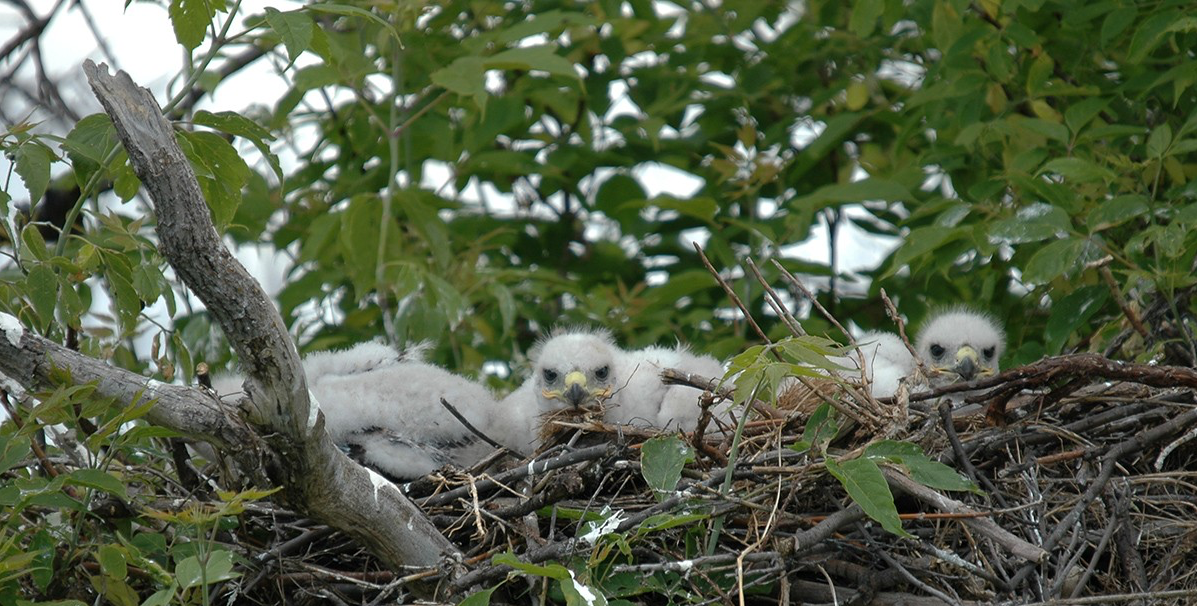 Caught in the act: camera footage from the group’s routine observations shows Ferruginous hawk nestlings just like these are being attacked by owls and raccoons. Photo: Janet Ng

Researchers from renowned ecology professor  Erin Bayne’s lab the University of Alberta’s Department of Biological Sciences made this discovery when they were trying to better understand the reasons behind the hawks’ population decline by observing nests.

Upon watching the footage of one such nest, PhD candidate Janet Ng was shocked to find the cause of the missing nestlings.

“We found an empty nest that should have been home to three hawk nestlings. Reviewing the video, I was surprised to find an owl attack was the cause,” Ng said.

A few weeks later, video footage revealed a raccoon attack at a different nest in which nestlings were attacked, removed from the nest, and presumably eaten.

“We thought raccoons might attack young birds once they left the nest,” explained Cameron Nordell, lead author on the study. “But we did not expect to see raccoon attacks in the nest itself.”

From 2011 to 2013, over a 130-day period across 90 nests, the group recorded four attacks on nestlings—two by raccoons and two by owls. The attacks took place between 3 and 4 a.m., a time when these nocturnal predators are most active and the hawks may be less wary or less able to defend against intruders.

The research team is concerned that high numbers of owls and raccoons around farms and other human settlements might pose risk to many nestling Ferruginous hawks, a threatened species in Canada. When constructing new platforms, risk to hawks can be reduced by placing platforms away from known owl nests and can include deterrents that prevent raccoons from climbing into nests.