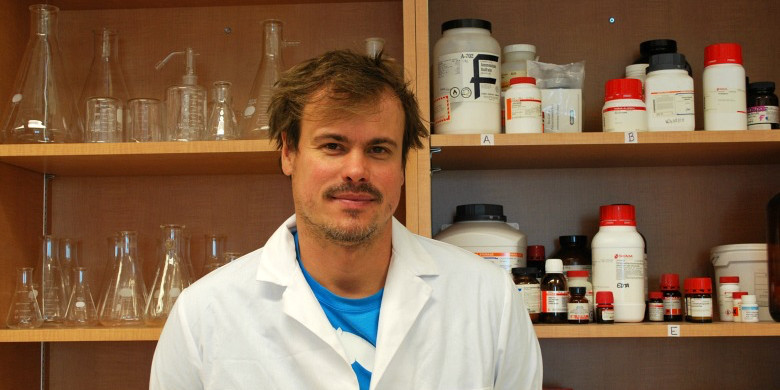 Jens Walter is senior scientist on a study showing that adults in the U.S. lacked about 50 types of gut bacteria found in adults in two non-industrialized regions of Papua New Guinea.

(Edmonton) Two things that most North Americans feel fortunate to have—good sanitation and treated drinking water—may be reducing the diversity of beneficial bacteria in our gastrointestinal tract.

“That’s important because one of the beneficial functions of this ‘gut microbiota’ is that it contributes in the development of the immune system,” said Jens Walter, a researcher in the Department of Agricultural, Food and Nutritional Science.

Walter is the senior scientist on a new study showing that adults from the United States lacked about 50 types of gut bacteria found in adults in two rural, non-industrialized regions of Papua New Guinea.

The researchers also found that the ability of bacteria to move from individual to individual appears to be the main reason for the difference in gut bacteria collections in each population.

It is possible that North America’s modern sanitation and water practices may be limiting the ability of beneficial bacteria to be transmitted among humans, said Walter. Though these practices prevent infections—and are a key feature of a westernized lifestyle that contributed to improvements in overall health and life expectancy—they might make us susceptible to other effects.

“We maintain a symbiosis with complex microbial populations that reside in our digestive tract that are important for our health,” he said.

“Scientists like Martin Blaser [a renowned American expert in infectious diseases] have hypothesized for some time now that modern lifestyle might deplete the human gut microbiota, and by doing this, might predispose us to the chronic lifestyle diseases like obesity and Type 1 diabetes that are increasing in westernized societies.”

In Papua New Guinea it’s rare for people to have non-communicable diseases such as MS, rheumatic arthritis, lupus and Type 1 diabetes. The implication is that the absences of the key bacteria found in this population might be contributing to increases of non-communicable chronic diseases in industrialized countries.

“There are several aspects of western lifestyle that have been hypothesized to alter the gut microbiome and decrease diversity,” said Walter. “These include diet, sanitation and clinical practices such as antibiotic use and caesarean sections, but we lack a conceptual understanding of how our microbiomes are altered.”

However, the researchers say it’s important to be cautious about questioning modern lifestyle practices. Non-industrialized societies have a high incidence of infectious diseases, including life-threatening diarrhea. Research is therefore necessary to determine how to prevent the negative impact of westernization on our microbiome while preserving its benefits.

The study was published in Cell Reports.