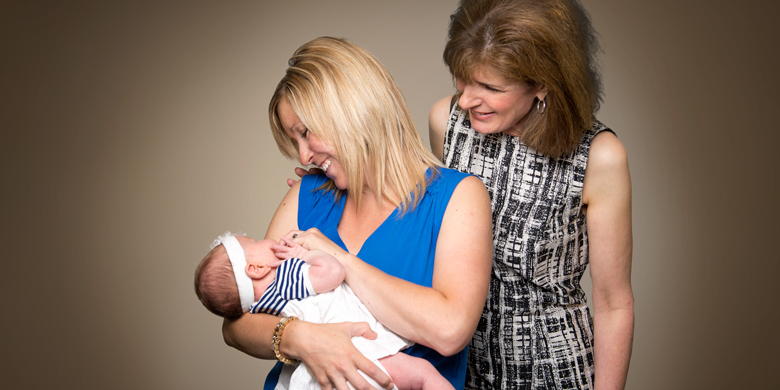 (Edmonton) More support is needed to help women overcome doubts in the hope that they will breastfeed their babies for longer, says a University of Alberta nutrition researcher.

A study conducted in Alberta by the U of A showed that new moms are weaning their infants early instead of feeding them just breast milk for the first six months of life, said Anna Farmer, an associate professor in the Department of Agricultural, Food and Nutritional Science and the Centre for Health Promotion Studies. That falls below recommendations made by the World Health Organization and endorsed in 2004 by Health Canada and the Canadian Paediatric Society.

“Women’s attitudes towards breastfeeding even before the baby is born can predict whether or not moms are going to breastfeed, so it is important that everything from the home environment to public spaces supports nursing moms,” said Farmer. “We need to address their concerns and misconceptions about breastfeeding, especially young first-time mothers.”

Farmer and her colleagues surveyed 402 pregnant women from Edmonton and Calgary at three months postpartum and 300 of them again at the six-month mark, and found that though almost 99 per cent of the women started out breastfeeding their babies, only 54 per cent were still exclusively breastfeeding three months after giving birth. That number dropped again to 15 per cent by six months, in line with the national average, which is also low for breastfeeding.

The study results stem from the Alberta Pregnancy Outcomes and Nutrition project, research being conducted jointly by several Alberta agencies to study the links between nutrition and maternal and child health.

Worries about producing enough milk (which is problematic for only one to five per cent of women, Farmer noted), lack of available support from other women in the family, lack of nursing rooms in public places and cultural discomfort with breastfeeding are all issues that may cause mothers to shorten the nursing period, Farmer said.

‘Some breast milk is better than none’

Farmer advises new moms to breastfeed for as long as possible, even on a partial basis. “Some breast milk is better than none.”

The first few days after giving birth were the most challenging in the nursing process, Soetaert said, adding that advice from other women in her family and from a health nurse helped her overcome her initial feelings of discouragement.

From her own experience, Soetaert advises new moms to realize that nursing is a learned skill and that it takes time. “Give yourself a break if it doesn’t go as well as you thought it would. You need to be willing to ask for help if you need it, and that is OK.”

Farmer hopes the research findings will help doctors, nurses and other health practitioners provide advice to pregnant women, with a focus on what may or may not be known about exclusive, long-term breastfeeding, to help promote the practice beyond the first few months after birth.

The study was supported by a research grant from Alberta Innovates – Health Solutions, as well as the University of Alberta’s Faculty of Agricultural, Life and Environmental Sciences and School of Public Health.