More than fun and games: Why an increasing number of people with disabilities are finding a safe space and income potential on Twitch 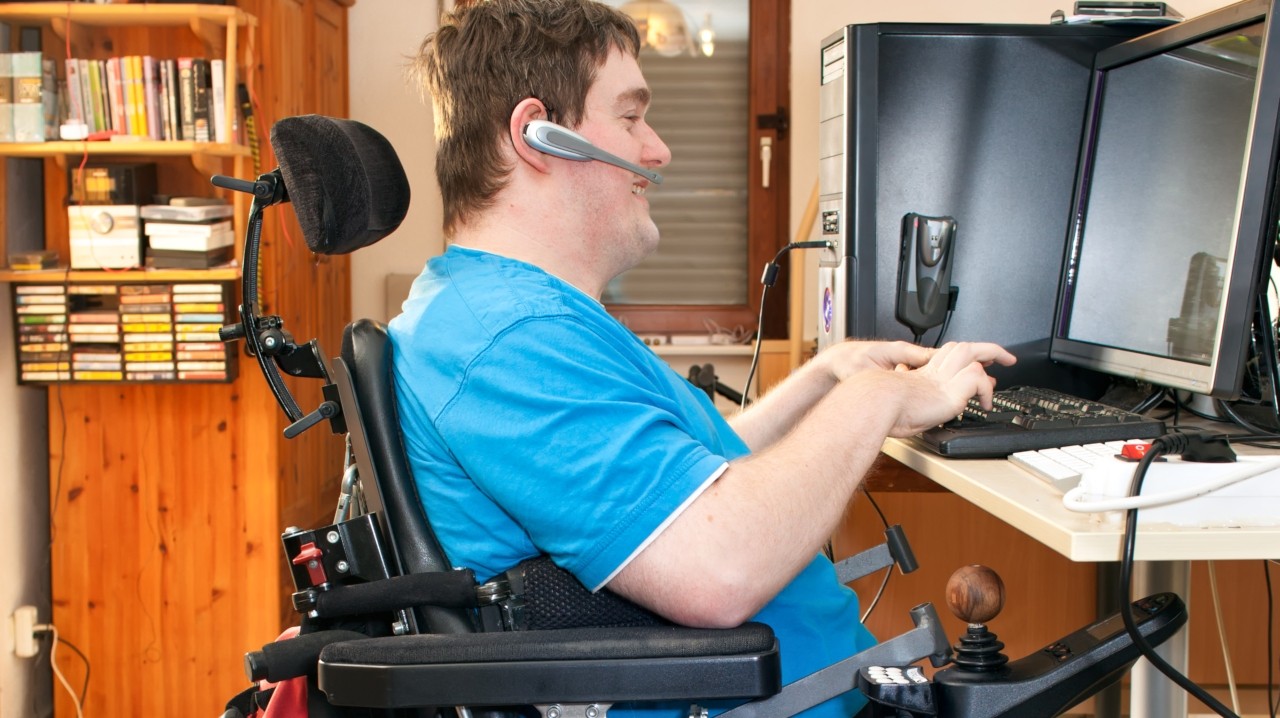 People with disabilities and mental health issues make up at least 25 per cent of streamers on the popular gaming platform Twitch, according to new research from a U of A sociologist. (Photo: Getty Images)
Man with spastic infantile cerebral palsy caused by a complicated birth sitting in a multifunctional wheelchair using a computer with a touch screen and wireless headset, side view.

People with disabilities and mental health issues make up at least 25 per cent of streamers on the world’s biggest video game platform, Twitch, according to new research from the University of Alberta.

Sociologist Mark Johnson, who specializes in video game production and consumption, found in his 2018 study that “Twitch has a much higher proportion of people with health or disability issues than the general populace,” he said. “They tend to do quite well and form very secure, inclusive communities.

Launched 12 years ago and now attracting 15 million users daily, Twitch allows streamers to broadcast themselves playing video games while soliciting donations from viewers. In addition to watching the game itself, viewers can follow a player in action, listen to their running commentary and participate in chat interaction.

“It is clear that Twitch and live streaming can offer significant emancipation and fulfilment for broadcasters” with disabilities and other health problems, said Johnson,who conducted more than 100 interviews, along with about 500 hours of “ethnographic observation.”

“It is highly beneficial for inclusion and community, and allows streamers with chronic health conditions to construct their own potentially profitable niche,” he said.

“It’s almost like a sports team, and streamers work hard to build this sense that everyone who watches is somehow part of it. And that support mechanism seems to be a really positive thing for people with disabilities."

Johnson said while a streamer’s skill at a game may be important initially to draw a following, what keeps them there is the personality and charisma. Many of the most popular streamers are in fact not that skilled, he said, “but they are witty and engaging.

"My research finds that community matters more than the games being played. There's almost this sense that you're in the same room with your friend."

One streamer told Johnson that Twitch enables streamers to “reach out in ways that we probably never thought of before,” and “has definitely been good for a lot of people who would never have spoken out about their [conditions].”

Another reported funding all of their cancer treatment through Twitch, and one said he found the platform far less stressful than his previous job as a content creator on YouTube.

For some with specific health conditions such as dyslexia and anxiety disorders, however, the platform’s interactive nature and extensive metrics also present obstacles that can hamper performance.

“If you have anxiety issues, (following performance metrics) is the worst thing you could possibly expect them to do," since it represents a kind of scrutiny or surveillance, said Johnson.

"But in general they found clever ways to get around whatever particular disadvantages their condition would give them.”

One of the most striking conclusions of his research, said Johnson, is there is a growing number of streamers with chronic conditions making a living through live streaming, “even if their experiences remain structured by both the pressures of the platform as a whole and the demographic inequalities of the ‘real world,’ which continue to exist even within the digital space.”

He said in general, people with chronic health issues make up the lower half of those making full-time earnings. There are marginalized groups among the very successful, he said, but not at the "very peak." The top 10 streamers on Twitch are, to all appearances, straight, able-bodied white men, he said.

"We shouldn't say Twitch is the greatest thing on Earth (for people with disabilities), because there is still a glass ceiling for how high people who don't fit all these demographics can go.

“But on the other hand, it's way, way better than most places for including people with health and disability issues."

More than fun and games: Why an increasing number of people with disabilities are finding a safe space and income potential on Twitch