Researcher looks at how one rural community rallied together to support terminally ill residents. 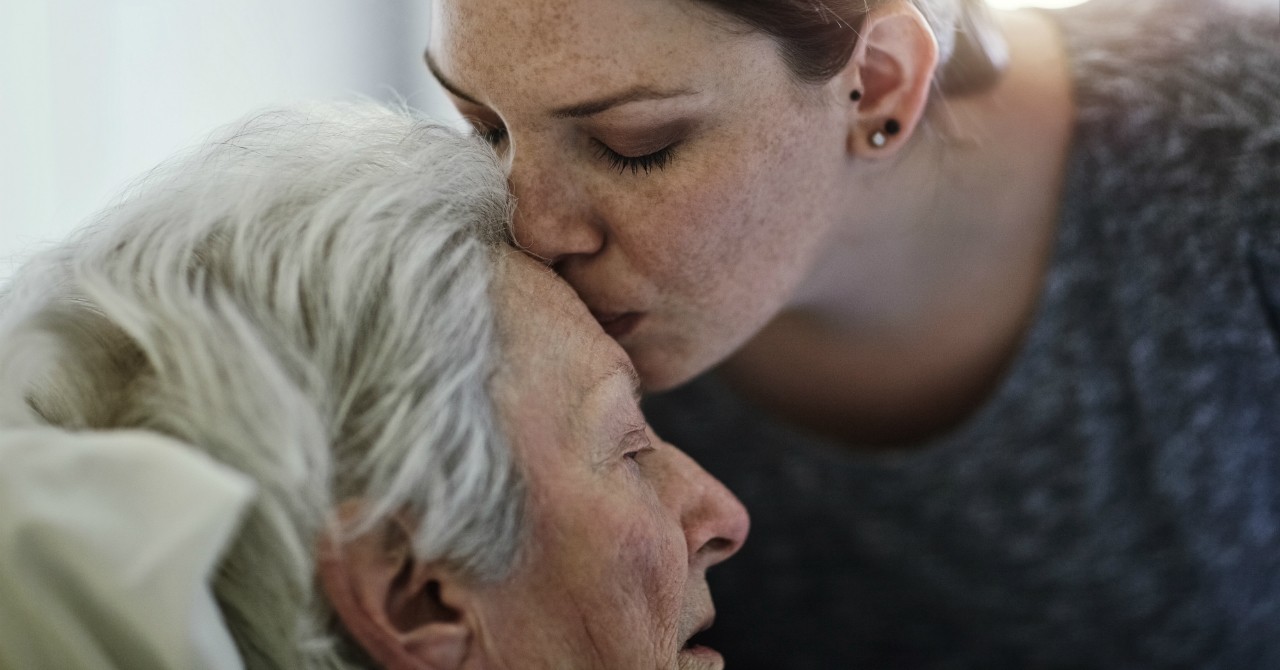 With a growing need for rural hospice care, communities and government need a more united approach that allows people to be surrounded by loved ones in their home communities during their final days, says a U of A researcher. (Photo: Getty Images).

Rural communities have to take the lead in giving their terminally ill residents a “good death” at home rather than relying solely on the government, says a University of Alberta expert.

It’s becoming a keenly felt issue for many small, under-resourced hamlets and towns hit by shrinking health care like doctor shortages and hospital closures, said U of A community planning researcher Kyle Whitfield.

“We aren’t planning ahead. We’re reacting—and we’re reacting much too slowly to the need that’s growing quickly.”

In a case study of one Alberta town, Whitfield found that volunteers had to take on the work of planning hospice care for their families, friends and neighbours to stay in the community to die.

“It’s a phenomenon that’s occurring at a high rate; in Alberta you’re going to find hospice societies made up of citizens coming together to plan for their own communities. They are really having to come together to plan for their own health-care needs because of the downloading of government support onto the shoulders of these people. They are having to find ways to provide support for end-of-life care, because it isn’t there,” said Whitfield, who is based in the Faculty of Extension.

Yet the need is growing for meaningful hospice care—a major health service—that allows people a good death: being surrounded by loved ones in their home communities during their final days.

The number of people choosing to die in hospitals is dwindling, Whitfield noted. One recent U of A study found that only 44 per cent of deaths in Canada are taking place in hospital.

“We are moving away from hospitals, which aren’t necessarily about death and dying,” Whitfield said. “People are choosing to die at home, and that’s their right. Why should someone have to go to a big-city hospital to die, when they could have health care and support services in their own community? Saying where I want to die is one of the most important characteristics of what a good death is.”

The community she studied, which has a population of 8,600, found itself rallying to provide that for its citizens. In one case, the hospice society lined up people to sit with a dying woman who was asked what her biggest fear was.

“It was being alone; she did not want to be alone when she died. So they arranged for around-the-clock volunteers to be at her side. They all took shifts to be with this lady. And she did not die alone. This community responded to the needs of someone being able to die with absolute dignity, comfort and compassion,” said Whitfield.

While some rural communities have nursing homes, that doesn’t necessarily meet the need for good end-of-life care, she noted.

“It’s not a duplication of service to have a hospice, because it’s not the same service that’s being provided,” explained Whitfield. “It’s a space where the care needs are met from a broader, homelike perspective which is harder to provide in a nursing home.”

The community originally wanted to build a hospice facility but realized that was beyond reach. Instead, over two years, it established a formal society, held fundraisers, applied for grants and created a network of bedside volunteers to support the dying and their families.

It showed the strength of the community’s efforts, Whitfield said.

“There was grassroots support, they got donations from citizens and businesses to train volunteers, they had people attending talks about end-of-life care. That propelled the group forward and it shows how rural communities do more with less by building their own resources and capacities,” Whitfield said.

But they shouldn’t have to do it alone, she added. The case study revealed the community had difficulty trying to meet with the province about its needs.

“The government was not open to collaborating as easily as it could have been. There wasn’t any direction or step-by-step guide on how a community should respond to hospice care needs,” she said.

There was also debate within the community about whose job it is to provide in-place care for the dying, Whitfield noted.

“There was real confusion around whose role it is to address hospice care needs. Should it be community or should it be government?”

What’s needed is a mix of both, in the form of a “multi-pronged approach,” Whitfield said.

“You can’t deny rural communities their role in this. We need their perspectives on end-of-life care. They don’t necessarily want the government to come in and control the process, but we need a more united approach with government, community and health-care support. It’s not an either-or situation.”