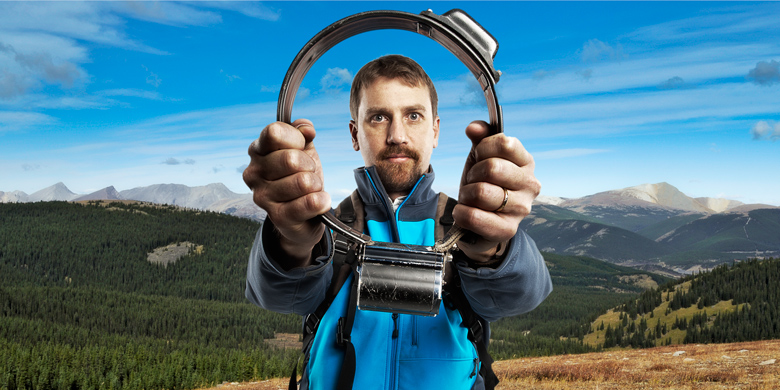 (Edmonton) Mama bear appears to know what’s best when it comes to selecting a place to call home, according to a new University of Alberta study.

The research, which may ultimately help protect Alberta’s dwindling population of grizzly bears, is among the first of its kind to test the nature-versus-nurture debate on how large, free-ranging wildlife select habitat.

Lead author Scott Nielsen, assistant professor in the Department of Renewable Resources, and head researcher in the U of A’s Applied Conservation Ecology (ACE) Lab, teamed with one of the lab’s post-doctoral fellows, Aaron Shafer, and professor Mark Boyce of the Department of Biological Sciences for the four-year study.

Published in the latest issue of PLOS ONE, their work explored whether the maternal rearing of cubs shaped which habitats grizzly bears eventually choose. The findings “suggest that habitat selection is learned by young grizzly bears from their mothers and would likely be a more adaptive strategy than using instinct,” Nielsen said.

“There are a number of strategies that appear to be handed down from generation to generation from mother to offspring. It’s the ‘nurture’ side of the equation that is shaping the life of the bear.”

The study is part of ongoing work by Nielsen and a team of master’s students and PhD candidates who study conservation issues related to species at risk, such as grizzlies, to help in their population recovery. Other current research includes work on lizards, otters, boreal forest biodiversity and restoration of degraded ecosystems.

Through the ACE lab, U of A scientists are identifying critical habitats and needs of threatened species such as grizzlies, and determining the most effective management actions for their recovery.

The grizzly study, conducted in the foothills of west-central Alberta, tracked 32 adult and young grizzly bears that had been fitted with GPS radio collars. The animals’ movements were monitored from 31,849 locations spanning 9,752 square kilometres.

Nielsen and his team observed that genetically related female bears shared habitat selection patterns regardless of their location, whereas male bears related to one another did not.

“This suggests that there are different habitat selection strategies used by grizzly bears and that these are learned early in life, because male bears don’t participate in parental care,” Nielsen said.

The grizzly is considered a threatened species in Alberta (there are fewer than 700 in the province), and if their habitat-use strategies are indeed learned from early experiences, “then the habitats chosen for relocation of ‘problem’ bears or to supplement threatened populations would be important,” Nielsen said.

Knowing that habitat selection is part of a learned behaviour, conservationists tasked with relocating bears far from the animals’ known environments should pay close attention to the habitats into which they are released, he added.

The research was funded by the Natural Sciences and Engineering Research Council of Canada, the Alberta Conservation Association and partners from the Foothills Research Institute Grizzly Bear Program.