Move over, Thor, there's another Viking in town 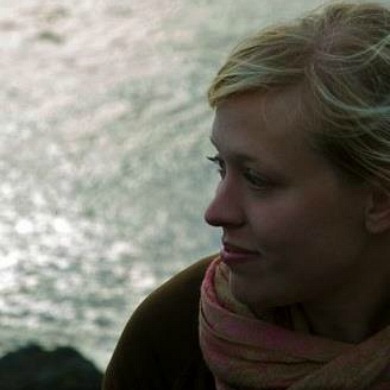 (Edmonton) With moviegoers flocking to cinemas around the world to watch Thor: The Dark World, the popularity of the Norse thunder god has sparked a surge of interest in the Viking Age. But although much is known about men during this time, what about the women?

Natalie Van Deusen, a professor and researcher in the Department of Modern Languages & Cultural Studies at the University of Alberta, studies the depiction of women in Old Norse Literature.

Most of us think of Vikings as brutes in horned helmets who raped women and pillaged villages, but Van Deusen is quick to point out that this Viking stereotype is largely inaccurate. For starters, there is no evidence to suggest that they wore horned helmets. “In addition, being a Viking meant a lot more than just pillaging and taking land—though they did that certainly,” she says. “There were Vikings who traded and farmed, and some were great poets and storytellers, but this is often overshadowed by a much more violent image.”

Van Deusen notes that stories from the Viking Age were developed orally and passed down by word of mouth before being written down, sometimes not until two or three centuries after they were first told. In her Scandinavian literature and culture classes, Van Deusen discusses with her students whether the characters they’re reading about are realistic depictions of people in the Viking Age, or whether it is an imagined history. “The texts we’re reading are interpretations of the past and [illustrate] the biases of the people who are describing these events. So in some ways, they reflect certain agendas, and that’s not very different from modern interpretations,” explains Van Deusen, who was recruited to the U of A to be the inaugural Henry Cabot and Linnea Lodge Professor of Scandinavian Studies.

Norse literature from this era, also known as the sagas, told stories about ancient Scandinavian history, early Viking voyages and the feuds between early Scandinavian families. Van Deusen primarily studies the sagas and the role of women in these texts.

Wielding power in the household

Those who are hoping for real-life “shield maidens” (a pop-culture portrayal of Viking women as brave and unflappable warriors, such as Sif in the Thor movies) will be disappointed. However, though there is no evidence to suggest that women fought in battle, Scandinavian women did wield a great deal of power in the household. “There’s this common image of the Viking woman with the keys dangling in her belt. So she’s in charge of the household and everything within that,” explains Van Deusen.

“Literature portrays a very opinionated woman who has a strong influence on the men in her life. She’s able to compel them to do all kinds of things. For example, she’s usually able to convince them to take revenge on her behalf, so the whetting woman is a common character type. Women in Scandinavia seem to have more power than their contemporaries elsewhere in Europe,” says Van Deusen.

The sagas typically portrayed the lives of everyday people, differentiating it from literature in other parts of the world, which usually told stories of the elite. Van Deusen notes that this focus on “normal” people in the sagas is also reflected in the popularity of the god Thor during the time. “Norse mythology is really interesting because it isn’t as far removed from humanity as other mythologies. The gods are very human. And just like today, Thor was a favourite among people living in the Viking Age. Whereas Odin was the god of the nobility, Thor was the everyday person’s god; he was in charge of the weather, rain, thunder and battle. He’s also one of the most fallible of gods.”

Although her research looks at women from a different place and time, Van Deusen says it could provide insight into how women interact with one another today. “I’ve been studying, first of all, how women in the sagas interact with each other as friends. I’m interested in what the saga authors’ depiction of female friendship can tell us about attitudes towards women’s interpersonal relationships during this time, and how that even resonates with the way women interact with one another today.”

“You see the ‘frenemy’ thing even in the sagas,” she laughs.

Move over, Thor, there's another Viking in town
Newsroom