Moving just as important as resting when recovering from a stroke

9 expert tips to keep moving after leaving the hospital 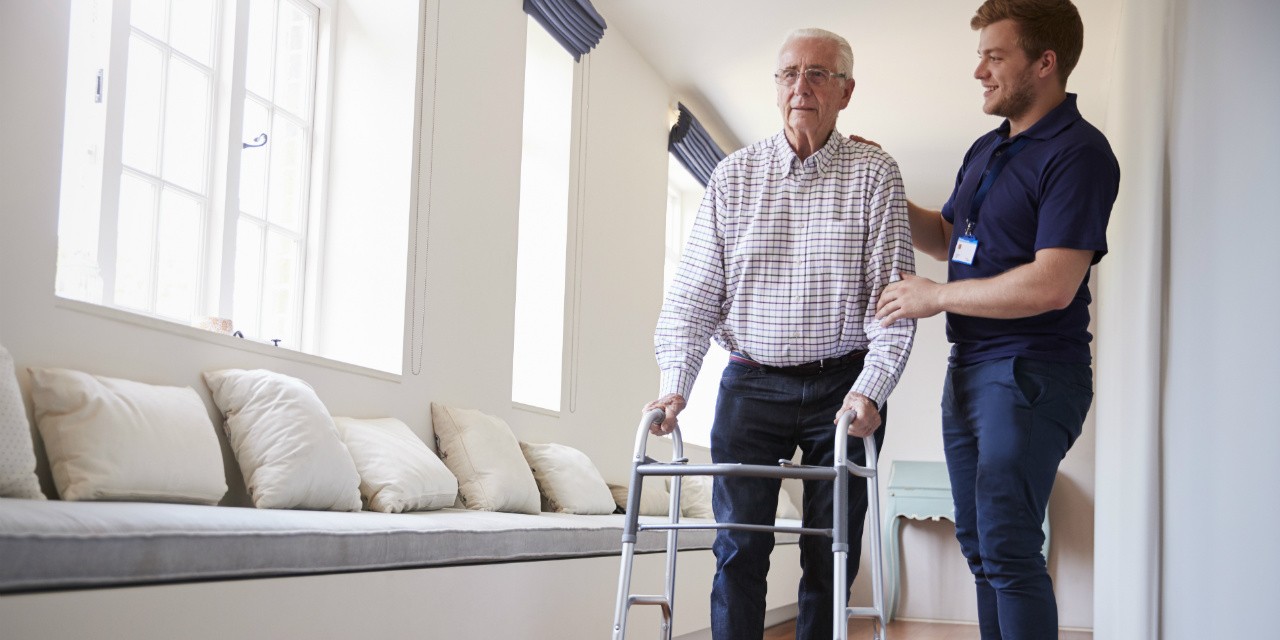 It's crucial for people recovering from stroke to get moving as much as they can as soon as they can after leaving the hospital, say UAlberta experts.

It’s important to rest after a stroke, but people might be surprised to know that once they leave hospital, they need to get moving, say University of Alberta experts.

“There’s a mindset that they’re going home to rest and recover, but it’s crucial to overcome that and get back on your feet immediately,” said Victor Ezeugwu, co-author of a study about sedentary behaviour in stroke patients.

Though the ability to move around differs for each patient, even those left with serious physical or cognitive challenges need to avoid sitting or lying for hours at a time to retain whatever strength they gained back during rehabilitation in hospital, said Ezeugwu, a PhD candidate in the Faculty of Rehabilitation Medicine.

“For people with stroke who are sedentary and can’t get the recommended 150 minutes of weekly moderate-intensity physical activity, any increase in movement and decrease in sitting time is good,” he said. “Sit less, move more.”

Ezeugwu and co-author professor Patricia Manns also found that people recovering from stroke spent an average of nine hours per day in bed, were sedentary for 75 per cent of their waking hours and engaged in upright activities for just 25 per cent of that time, including about two and a half hours of standing, and an hour of walking.

Though there’s insufficient evidence to show whether stroke survivors are particularly susceptible to risks brought on by a couch-potato lifestyle, research shows that in general, moving more, even at a low intensity, is associated with lower risk for Type 2 diabetes and heart disease, said Manns.

“Stroke is a cardiovascular event, so if you are moving more, that lifestyle is associated with fewer risk factors for stroke which theoretically, could reduce the risk for a stroke.”

Being more active doesn’t necessarily mean hitting the gym, but is more about breaking physical activity into what’s manageable for a person.

“It’s about breaking up your sitting time,” said Ezeugwu. “Anything that gets people from sitting to standing and taking steps, is what we want. Get up every half hour for three to five minutes. Work up to it. Even if you can only stand, then stand. If you can walk, increase your number of steps every day.”

People who have had a stroke should aim for 6,000 steps per day to help prevent a second incident.

Starting small helps people recovering from stroke experience success, and that can be a motivator to keep on moving, which in turn can improve quality of life, Manns said.

“Moving more might help you get in the car and go somewhere.”

Their research identified several common reasons people who have had a stroke weren’t moving around much during the day, including fatigue, problems with thinking or memory, depression and motor impairments. But another reason was because they simply weren’t aware of being sedentary, Ezeugwu noted.

“Messaging about health guidelines has been focused for so long on moderate or high-intensity exercising, but what happens during the rest of the day is also important,” Ezeugwu said. “What’s missing is the value of light-intensity exercise--moving around the house, going for a walk. The idea of sedentary behaviour is relatively new to researchers, so we’re just beginning to find that high volumes of sitting are risk factors for disease.”

The study was supported in part by Alberta Innovates and the Glenrose Rehabilitation Hospital.

Moving just as important as resting when recovering from a stroke