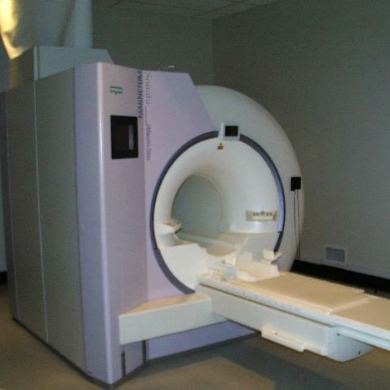 (Edmonton) Medical researchers at the University of Alberta used an MRI scanning technique that can reveal damage to children’s hearts from chemotherapy treatment—damage that can’t be picked up by ultrasound.

Lead Faculty of Medicine & Dentistry researcher Edythe Tham said the scanning technique could be used to identify heart damage before symptoms appear, and may guide early treatment in attempts to delay heart damage for pediatric patients. She said it could be two to five years before this type of technique would be regularly used by physicians.

“If we can find the heart damage earlier, we might be able to administer medications to help protect the heart,” said Tham, a researcher with the Department of Pediatrics, who is also a pediatric cardiologist. “This is a novel finding. It could change the way we manage and help pediatric patients with cancer.”

The research study involved 30 children between the ages of seven and 19 who had survived cancer treatment with a specific type of chemotherapy known as anthracycline, and had been in remission for at least two years. The team scanned the hearts of the children using ultrasound and MRI. The study also involved exercise endurance tests that examined the children’s oxygen capacity after they rode on a bike for a certain length of time.

Richard Thompson, from the faculty’s Department of Biomedical Engineering, applied an emerging MRI scanning technique known as T1 mapping that can examine the amount of scarring in the heart. This technique was used in this study and can detect damage that can’t be seen on ultrasounds.

“We know chemotherapy damages heart muscle walls, but we are trying to find ways to detect the heart damage earlier—like T1 mapping. Physicians could monitor their pediatric patients using this test on a regular basis to see if there are changes in the heart over time. Heart damage doesn’t always show up right away so there needs to be long-term monitoring.

“Right now, we are using the same tests that have been around for 20 to 30 years to follow up with these patients, but technology has changed so much, and we still aren’t changing the way we look at children’s hearts and heart damage.”

Tham and her team published their findings in the peer-reviewed Journal of Cardiovascular Magnetic Resonance. She worked with colleagues from the Department of Biomedical Engineering and the Faculty of Rehabilitation Medicine.

The two-year research study was funded by the Women and Children’s Health Research Institute.