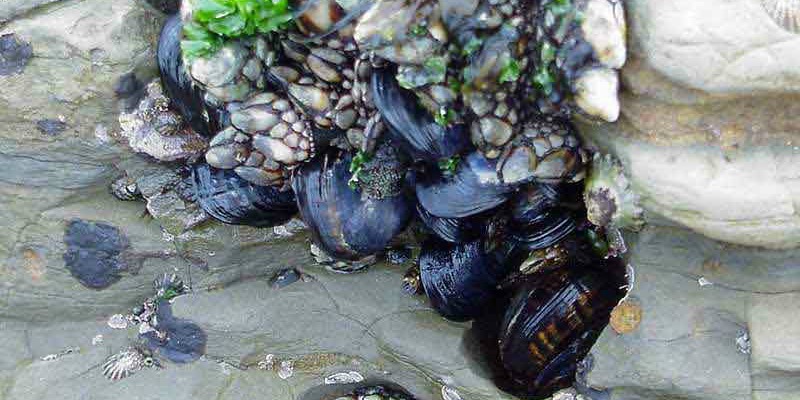 130307-hongbo-mussels-banner
Understanding the mussel's ability to cling to almost anything could have wide-ranging applications in health care and the energy industry, says a UAlberta researcher.

(Edmonton) The ability of mussels to cling to just about everything in their underwater world has yielded more important findings for a University of Alberta researcher.

Chemical and materials engineering researcher Hongbo Zeng says academic freedom at the U of A and the university’s encouragement of innovation, sustainability and creativity helped his research team make its important findings.

Two years ago, Zeng discovered that a wet adhesion mechanism that lets mussels attach themselves to even slippery surfaces could lead to development of new products. Those products range from a naturally biodegradable glue for patching up cuts and scrapes on people to an industrial superglue that works in salt water.

Now Zeng and his U of A research team are the first to directly measure the molecular force and energy required for another interaction mechanism that gives mussels their clinging power. Zeng also says the adhering mechanism in mussels, referred to as the Cation-pi interaction, is shared with many other living things—and even non-biological systems as unlikely as Alberta’s oilsands.

Zeng explains how a relatively simple living thing like a mussel shares common chemistry with bitumen, sand and water.

“When the tarsands are heated to separate the oil from sands in water, we now have a better understanding of how and why oil molecules can remain stuck to particles of sand in a complex water environment,” said Hongbo. “Understanding and measuring the mechanism of how and why some sand particles remain stuck to oil molecules could help for a more efficient cleanup ofwater used in the oilsands production process.”

In biological systems like the human body, Zeng’s nano-level measurement of the bonding process between molecules tells us more about transport of salt into cells, and the effect of nicotine on the brain.

“Nicotine molecules bond to certain brain receptors, and understanding the interaction energy required could lead to developing pharmaceutical methods of preventing the undesirable effect of nicotine on the brain,” said Zeng.

The researchers say a more thorough understanding of these molecular bonding processes could allow for the development of new, faster-acting pharmaceuticals

“Our research could be useful for pharmaceuticals such as cancer drugs,” said Zeng. “Drugs designed to target specific cells could be designed for faster, more lasting bonds with cancer cells, and that would increase the efficiency of the patient’s treatment.”

Zeng’s research paper was published Feb. 28 in the journal Angewandte Chemie. Qingye Lu, a post-doctoral fellow in Zeng’s lab, is the first author of the paper. The publishers were so impressed by the research it was classified as a “hot paper,” a designation the journal’s editors reserve for the most important papers of high current interest in their field.