Myanmar leader’s silence on violence in her country ‘deeply disappointing’ 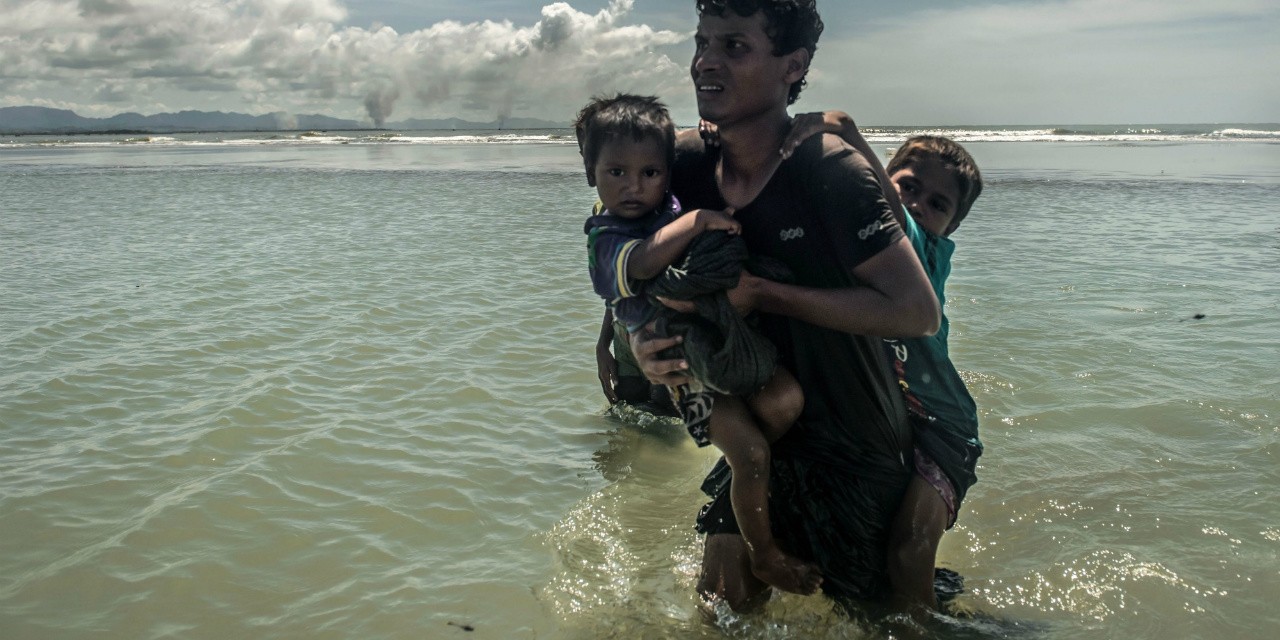 Time is running out on Myanmar leader Aung San Suu Kyi, and if she doesn’t speak out soon to stop the country’s humanitarian crisis, her honorary Canadian citizenship should be revoked.

That’s the position of UAlberta international affairs expert Andy Knight, who once tried to invite the Nobel laureate to speak at the university’s International Week. He said he is “deeply disappointed” by Suu Kyi’s silence on what appears to be ethnic cleansing of the Rohingya Muslim minority in Myanmar’s northern Rakhine state.

"I'm right on the brink of asking the government to cancel that citizenship,” said Knight. “It speaks badly for us if we're supporting someone who is condoning military violence by her silence. I think it's time for us to take a stand."

According to the United Nations, more than 600,000 Rohingya have been violently forced from their homeland into refugee camps in Bangladesh after a scorched-earth campaign last August involving murder, rape and the torching of villages. Another 100,000 have been internally displaced, their citizenship uncertain.

Suu Kyi spent 15 years under house arrest in three different periods between 1989 and 2010 for her efforts to bring democracy to what was then military-ruled Burma. She was awarded the Nobel Peace Prize in 1991 and given honorary Canadian citizenship in 2007 by the government of Stephen Harper.

Last month a petition to revoke that citizenship, with almost 44,000 signatures, was presented at Parliament Hill. And last week, Suu Kyi was stripped of Glasgow’s freedom of the city award.

Though Suu Kyi does not control Myanmar’s military, she has yet to take a stand against the violence in her country, claiming only that the military is reacting to terrorist insurgents. Last week, she visited Rakhine state but did not issue a statement on the violence. Her government has denied claims of ethnic cleansing.

Last week, the UN again asked for humanitarian access to the region, still under army lockdown, and demanded that refugees be allowed to return to their homes with full Myanmar citizenship.

"Unless Suu Kyi speaks out and does something about this problem, she can't consider herself a Nobel Laureate,” said Knight, “and she's basically giving cover to the military in Myanmar.”

"To me, (the military campaign) verges on genocide," said Knight, while acknowledging that it would take an agreement among all five members of the UN security council to officially declare it so.

A designation of genocide would require the international community to intervene, based on the Responsibility to Protect doctrine unanimously adopted by the UN in 2005 to prevent genocide, war crimes, ethnic cleansing and crimes against humanity.

But that designation is unlikely to happen, said Knight, since it could set a precedent for other states around the world with minority populations seeking self-determination. Though ostensibly protected by the UN Charter, self-determination is hugely awkward to support in the world of realpolitik, said Knight, since “that would mean the Catalans in Spain would be able to self-determine, or the Kurds in the Middle East, or the northern Italians, or Quebecers.

“There is a lot of concern about keeping sovereign states intact.”

On Monday, the UN Security Council dropped a resolution demanding an end to the violence in Myanmar in light of strong objections by China and Russia, opting instead for a weaker presidential statement calling for the military to stop using excessive force and to allow unfettered humanitarian access and the return of refugees to the zone.

“We need to have a presence there to see exactly what is happening, and for Canada to use whatever moral suasion we have to get Suu Kyi to speak up more,” he said.

In addition to finding out the truth about the ethnic violence in the country, Rae should lay out the case for a responsibility-to-protect initiative, said Knight, as "a preventative measure, to prevent genocide, even if they can't agree it's happening now." The horrible irony of genocide, he added, is that it is too often acknowledged only in retrospect, as was the case in Cambodia, Bosnia and Rwanda, among others.

“We should be spending more time focused on how to enact preventative measures so genocide doesn't happen.

"The Canadian government has a role to play here, because we are now being seen as much more of a morally principled player, much more so than under (former prime minister) Stephen Harper.”

Myanmar leader’s silence on violence in her country ‘deeply disappointing’