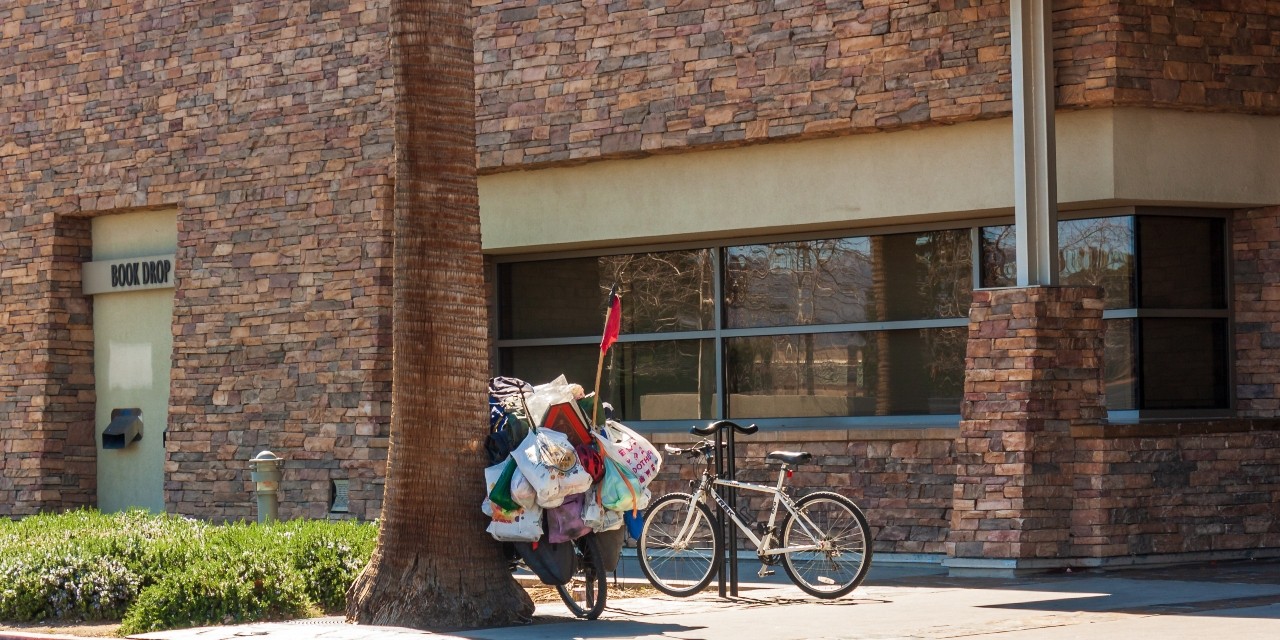 Public libraries help socially vulnerable people maintain personal connections and get access to other resources, according to a U of A study. (Photo: Getty Images)

A public library should be equitable to all members of society, regardless of how they choose to use it, according to a new University of Alberta study that suggests libraries have a role to play in connecting with society’s socially vulnerable populations.

“The library is the last public space where homeless people are not labelled as homeless,” said Solina Richter, a nursing professor and lead author on the Socially Vulnerable Populations Project.

Richter and her team interviewed librarians and patrons at six branches of the Edmonton Public Library over five months starting in April 2015, hoping to shed light on how socially vulnerable patrons currently use the library and its resources.

“A lot of homeless people use the library during the day, especially during the winter,” she said.

The study, which was based on responses from more than 4,000 visitors over five months, showed patrons between the ages of 25 and 34 reported the highest frequency of library usage, and young adults aged 25 to 44 represented 41.5 per cent of library users.

As well, 12 per cent self-identified as Indigenous, 18.5 per cent as another visible minority and 61.8 percent as Caucasian. Most library users live in stable housing, but a sizeable number, 22.2 per cent, face unstable housing or are homeless.

As public spaces, Richter said, libraries are often the setting for tensions between different standards of behaviour. The Edmonton Public Library instituted a no-sleeping policy across all branches in May 2015. Most survey participants agreed with the policy because they felt it made the library a more inclusive place for all patrons. And though Richter generally agrees with the no-sleeping policy, she said it does reflect a fear of offending the general public.

“Such restrictions constrain who is using the public library space and for what reason,” she said. “Moreover, where are they going to go on a cold winter day?”

She noted other libraries have chosen a more relaxed attitude towards sleeping, allowing the practice as long as it does not affect other library users. However, this approach requires library staff to make judgment calls on what is impactful, leading to inconsistency and confusion.

“Even so, we feel that a more accommodating policy outweighs the negatives by being more inclusive of socially vulnerable library users,” she said.

Richter said another concern about use of the library by socially vulnerable populations, particularly the downtown location, was that public washrooms did not meet the needs of all.

She added that a number of participants indicated using computers for checking email, doing research and keeping in touch with friends and family through social media was an important function of the library.

“By facilitating personal connections, the library is fulfilling its goal of helping community members enhance their health and success,” she said.

Study participants also expressed concern that library staff were unprepared to handle the needs of more vulnerable populations, whether that was in case of a medical emergency or helping in a job search.

Richter added not all librarians welcomed the added social services element, but many did and also saw the library as a community builder.

“Some saw it as their role to care for each person entering the library equally, irrespective of their socioeconomic status,” she said.

Richter explained that the downtown library has run a successful outreach program—helping patrons find resources on housing, social services and employment—for several years, most recently out of the Enterprise Square branch and three other locations after the Stanley Milner Library closed for an $84.5-million renovation in 2016.

She said one of her conclusions is that the rules need to be equal regardless of who is using the library and there should be a culture of respect between its different populations.

“The community has to be responsive to the people they’re serving.”