Study shows evidence of convergence in bird and primate evolution. 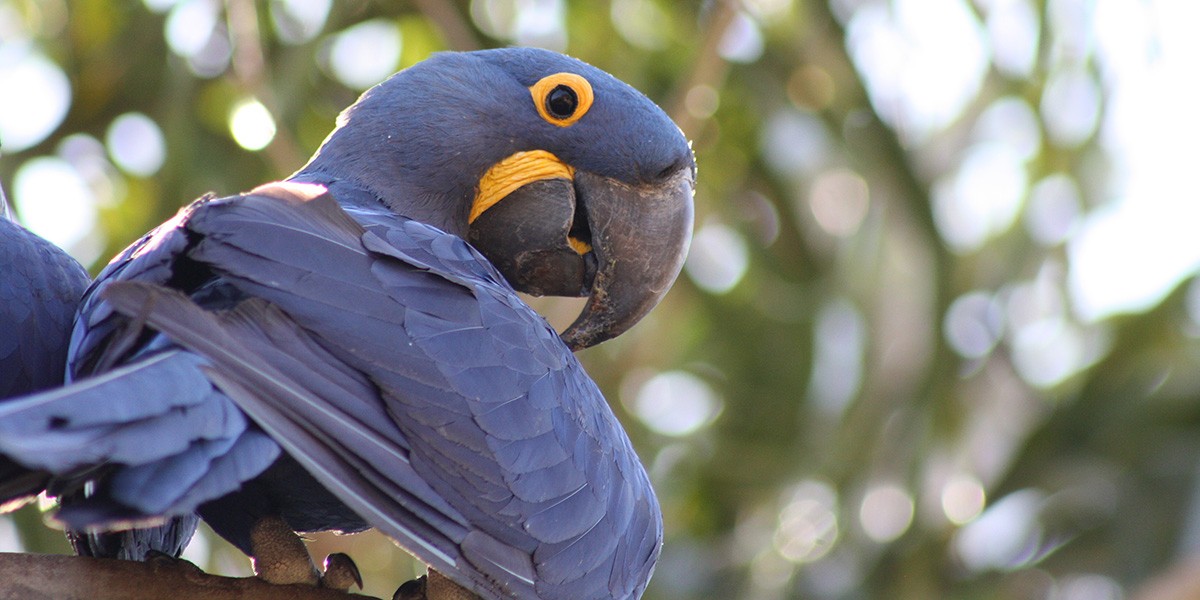 UAlberta researchers determined that the structure in birds responsible for the transfer of information between the brain’s two largest areas, the cortex and cerebellum, is two to five times bigger in parrots than any other bird. (Photo: Andrew Iwaniuk)

University of Alberta neuroscientists have identified what may underlie intelligence in parrots, and potentially provide more insight into the neural basis of human intelligence.

Using samples from 98 birds from the largest collection of bird brains in the world—everything from chickens and waterfowl to parrots and owls—the team of scientists determined that the structure found exclusively in birds responsible for the transfer of information between the brain’s two largest areas, the cortex and cerebellum, is considerably larger in parrots than any other bird.

“The medial spiriform nucleus (SpM) is actually two to five times larger in parrots than in other birds, like chickens,” said Cristian Gutierrez-Ibanez, a post-doctoral fellow in the U of A’s Department of Psychology.

Doug Wylie, a professor of psychology and co-author on the study, explained that the SpM performs the same function as the pontine nuclei in mammals, although it is located in a different part of the brain.

“This loop between the cortex and the cerebellum is important for the planning and execution of sophisticated behaviours,” said Wylie.

Gutierrez-Ibanez said just like primates, parrots have independently evolved an enlarged area that connects the cortex and the cerebellum.

“This is another fascinating example of convergence between parrots and primates,” he said. “It starts with sophisticated behaviours, like tool use and self-awareness, and can also be seen in the brain. The more we look at the brains, the more similarities we see.”

Next, the research team hopes to study the SpM in parrots more closely to understand what types of information go there and why.

“This could present an excellent way to study how the similar, pontine-based process occurs in humans,” added Gutierrez. “It might give us a way to better understand how our human brains work.”

The study, "Parrots Have Evolved a Primate-Like Telencephalic-Midbrain-Cerebellar Circuit," was conducted in collaboration with researchers from the University of Lethbridge.