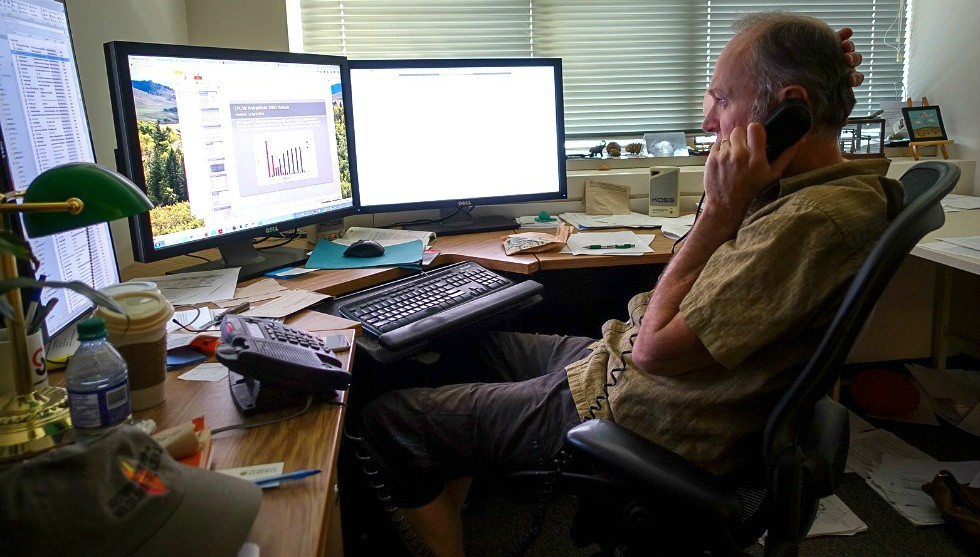 Wildfire expert Mike Flannigan is developing an AI-based computer program that can find patterns in historical weather data, which could help predict where and when destructive forest fires will happen.

A computer program that uses artificial intelligence to sort through historical meteorological data is being developed to help predict where and when future forest fires will take place so they can be prevented.

University of Alberta wildland fire expert Mike Flannigan, who is also the director of Canada Wildfire, is working with Ryan Lagerquist, a PhD student at the University of Oklahoma’s School of Meteorology, to create the program.

It uses a form of machine learning called an artificial neural network to sort through the data, which is associated with high-intensity wildfires, and predict where extreme weather is most likely to create the conditions for a forest fire.

Researchers feed the system data and it makes predictions based on probability. Then researchers tell the system whether it has made the right decision. If it’s wrong, the system modifies its approach and tries again.

It’s an example of something AI can do much better and faster than humans, because of the huge amounts of data involved and the ability to find meaningful patterns in the data.

The program will build on Canada’s current wildfire prevention system, said Flannigan, adding he hopes it will be ready to use within five years. By more accurately predicting weather further out, AI could help protect the lives of Canadians and save communities millions of dollars.