U of A computing scientists develop neural network that outperforms other state-of-the-art methods of tracking tumours in real time, which could improve radiation treatment. 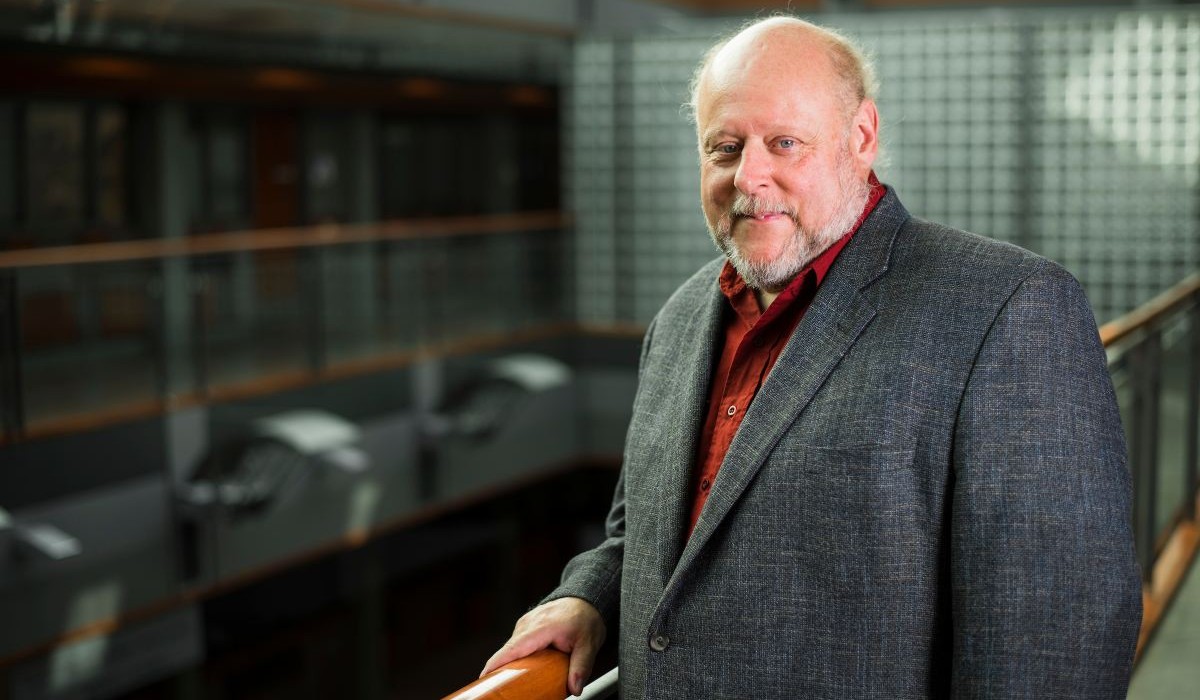 U of A computing scientist Pierre Boulanger led new research to develop an algorithm that can identify and track lung tumours in real time, even as they move while the patient breathes. (Photo: John Ulan)

Computing scientists at the University of Alberta have developed a neural network that outperforms other state-of-the-art methods of identifying lung tumours from MRI scans—an advance that could help reduce damage to healthy tissue during radiation treatment.

“Algorithms like the one developed in our laboratory can be used to generate a patient-specific model for diagnosis and surgical treatment,” explained Pierre Boulanger, Cisco Research Chair in Healthcare Solutions at the U of A.

“A patient-specific model helps with surgical planning. But in order to create such a model, one needs to take medical imaging data and turn it into something one can simulate,” he added.

Targeting lung tumours using MRI scans is particularly challenging because tumours move significantly as the patient breathes, and the scans can be difficult to interpret, noted Boulanger.

“The tumour regions in scan results can be very subtle, and even once identified, need to be tracked over time as the tumour moves with breathing,” he said. “The new algorithm is able to combine many possibilities to find the best descriptors to identify unhealthy regions in a scan.”

The researchers “trained” the neural network on a set of MRI scans in which doctors had identified lung tumours. It then processed an enormous set of images to learn what tumours look like and what properties they share. It was then tested against scans that may or may not contain tumours.

Once the neural network was trained, the researchers put it to the test against another recently developed technique by comparing the two systems with manual tumour identification by an expert radiation oncologist. The new algorithm outperformed the other recent technique in every evaluation measure the researchers used.

Though neural networks could prove critical in identifying tumours, Boulanger noted they will not replace the need for doctors and the importance of human high-level thinking in fully treating patients.

“These tools are designed to improve medical outcomes alongside a skilled professional, and to help to make the process faster,” he said.

“Medicine, as a field, is always looking to go further and improve the quality of care for patients. Neural networks are a tool that can help that goal.”

The new algorithm was developed in collaboration with Nazanin Tahmasebi, a graduate of the Department of Computing Science, and with Kumaradevan Punithakumar and Michelle Noga from the Department of Radiology and Diagnostic Imaging.

The study, “A Fully Convolutional Deep Neural Network for Lung Tumor Boundary Tracking in MRI,” was published in the 40th Annual International Conference Proceedings of the IEEE Engineering in Medicine and Biology.