It provides a more varied and rich point of view than reading a history text. It’s more than a timeline.

Virtual tour features places and events that shaped the course of LGBTQ rights in Canada and around the world. 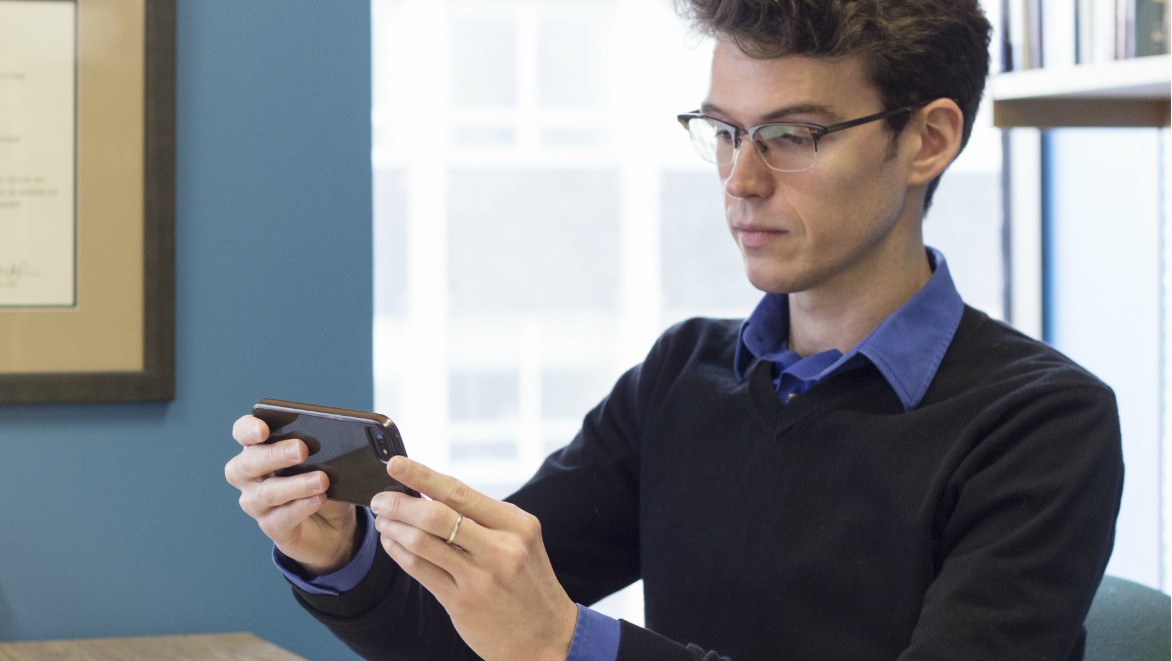 A new app that takes users on a guided virtual tour of Edmonton’s queer history—with stops at sites of events that had an impact on LGBTQ+ rights across Canada and around the world—was launched today.

Jason Harley, an educational psychology professor at the U of A, decided to create the app because he noticed that resources about the struggle for LGBTQ+ rights and protections in Canada are scarce to non-existent, even though civil rights movements have become part of social studies and history curricula in Alberta classrooms.

“Right now most people don’t have a lot of tools at their disposal for building empathy toward the LGBTQ+ community, because it’s not in our curriculum,” said Harley. “I wanted to create an accessible educational resource with the capacity to fill gaps in the curriculum and have the potential to hopefully make contributions toward improving Canadian society.”

The Edmonton Queer History App—developed by Harley and his CHI-TEA Lab—enables users to interact with rich multimedia content as they visit eight key locations in local LGBTQ+ history either in real life or virtually. It can be used on mobile devices or computers via a web browser.

“It’s a tour back in time of what things were like for LGBTQ+ people. It’s a mixture of fact and narrative that we have woven together, both key dates and events, but we also have people’s reactions—how it felt to be a part of these movements, why these locations were important, how people on the ground experienced these events,” Harley explained.

He added the app is not meant to be comprehensive, but to showcase what life was like across a reasonably broad spectrum, ranging from legislation to social life.

“It provides a more varied and rich point of view than reading a history text. It’s more than a timeline,” he said.

Harley said he was surprised how events in the local LGBTQ+ community have reverberated beyond the city limits.

“Prior to this project, I didn’t appreciate how influential events that happened in Edmonton were on the Canadian scale, but also on the international scale. A major event that took place here was the Vriend decision, which went all the way to the Supreme Court of Canada and provided protection for people against discrimination on the basis of sexual orientation. This was a landmark case in terms of consolidating those protections across the country, and has been used in legal proceedings around the world.”

Harley said the pictures, audio, video and text in the app are appropriate for a broad audience and wide range of grade levels, but the app would best complement the high-school social studies curriculum. It’s intended to foster understanding and empathy for the struggles of LGBTQ+ individuals trying to attain equality in society. The app is also intended to empower LGBTQ+ youth by showing the gains that have been made securing rights and protections—and in showcasing the courage of the individuals who contributed to the cause.

“The young people who will use this app grew up in a context where same-sex couples can be married, where people can’t be fired based on who they love or how they identify,” Harley said.

“The app tells a good story, that things have been going in the right direction. But it’s important to understand the difficult journey to get here, that there’s a ways to go on many fronts, and that trajectories shouldn’t be taken for granted because they can go backward if we’re not mindful to keep building and strengthening bridges that educate and support an inclusive and caring society.”