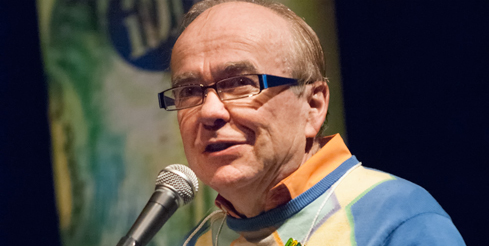 Former city councillor Michael Phair is the new chair of the University of Alberta board of governors.

Michael Phair, a former long-time Edmonton city councillor who is widely acknowledged for his leadership in the early years of AIDS, has been named chair of the University of Alberta’s Board of Governors.

"With my experience at the City of Edmonton, I am convinced that, working together, a great city and a great university ensure that we are best positioned to succeed as the future unfolds," said Phair during the announcement earlier today at the legislature.

Phair has strong linkages to the U of A, post-secondary and Edmonton.

He is currently an adjunct professor with the U of A’s Faculty of Education and a member of the Institute of Sexual Minority Studies & Services advisory committee.

Previously, he was the U of A’s director of Community Relations, a position he held from 2007 to 2011. He has been an instructor at Mount Royal University and MacEwan University.

Phair holds a master of education in early childhood education and development from Loyola University’s Erikson Institute, and a master of arts degree in special education from San Francisco State University. From 1992 to 2007, Phair was an elected member of Edmonton’s city council, representing central Edmonton (then Ward 4).

Currently, he is the executive director of the North Saskatchewan River Valley Conservation Society, an Edmonton group committed to preserving the Big Island/Woodbend area of southwest Edmonton.

“It will be a privilege to work with Michael Phair in his role as chair of the University of Alberta Board of Governors,” said U of A President David H. Turpin. “Through his professional and volunteer activities, he has demonstrated strong leadership, commitment to public service and the ability to engage and uplift individuals and communities.”

In addition to Phair’s 15 years of governance experience at city council, he is currently a board member with the Seniors Association of Greater Edmonton (SAGE), with the Pro Coro Society and the Nuit Blanche Festival.

He is a recipient of the Queen’s Diamond Jubilee Medal from the Government of Canada, the Canada 125 Medal and the Edmonton Journal Citizen of the Year.

Phair replaces Dick Wilson, who has served as acting chair of the board since Doug Goss stepped down in August 2015. Wilson will continue to serve as vice-chair.