New board chair for U of A 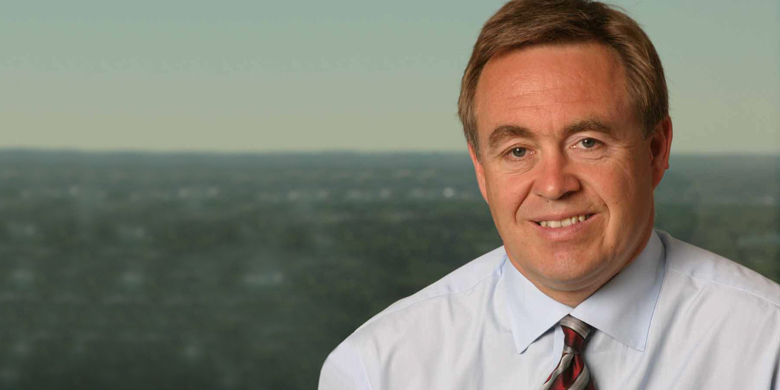 120202-dougbanner780x390
Doug Goss is the new chair of the University of Alberta's board of governors.

(Edmonton) Douglas O. Goss, Q.C., a long-time Alberta business leader who is widely acknowledged for his service to community, has been named chair of the University of Alberta's board of governors.

The appointment was announced Thursday by Alberta’s minister of advanced education and technology, Greg Weadick. It is for a three-year term and is effective immediately.

“I firmly believe in having a vision and in working toward it,” Goss said. “The future success of our city and province is inextricably linked with the future of the University of Alberta."

“We are blessed with a richness of resources here in Alberta, and the province now is positioned to take the next step toward greatness. The university—and, in fact, the whole post-secondary system in Alberta—is critical to this province’s future.”

Mr. Goss is counsel at the law firm of Bryan & Company LLP, where he practices corporate and commercial law and specializes in corporate governance, mergers and acquisitions, commercial transactions, and effective partnerships.

He is also general counsel at Premium Brands Holdings Corporation, which owns a broad range of specialty foods businesses throughout Canada and the United States. He received his law degree from the University of Alberta in 1984, having earned his bachelor of commerce degree from the U of A in 1981.

Mr. Goss is recognized as a strategic thinker who is able to effectively merge short- and long-term goals and strategies, and has been recognized by Best Lawyers in Canada in the area of securities law.

“It will be a privilege to work with Doug Goss in his role as chair of the University of Alberta Board of Governors,” President Indira Samarasekera said. “Like the university, he has deep roots in Edmonton, but his influence and impact are felt throughout the province and across Canada. His professional leadership, coupled with his deep commitment to causes that help advance important initiatives in our communities, clearly exemplifies the university’s founding promise of ‘uplifting the whole people.'"

Mr. Goss also serves as chair of the ATAC Resources Ltd. board of directors, is chair of the TELUS Edmonton community board, is chairman of the Fort Edmonton Management Company, and is a member of the Stollery Children’s Hospital Foundation board of trustees.

On the national front, Mr. Goss currently serves on the board of both the Hockey Canada Foundation and of B2ten, an organization dedicated to supporting Olympic athletes.

He has served in a leadership role on a number of other boards and organizations, including as chairman of the board of the Northern Alberta Institute of Technology, as a board member of the Capital Health Authority and as chair of the 2003 Molson Canadian Heritage Hockey Classic. He also served as co-chair of the 2010 Grey Cup.

“I believe in our city, in our province, and in our country, and I am confident we can accomplish great things, both here and on the global stage,” Goss said. “I am looking forward to working with Indira and her team, and with my fellow board members, to help the University of Alberta move to the next level.”

The sights and sounds of winning on a slot machine may increase your desire to play—and your memories of winning big, according to new research by University of Alberta scientists.  The study, led by U of A psychology professor Marcia Spetch, …
Read more from this release

A new University of Alberta project is breaking down health-care barriers in rural communities by using technology to connect patients with the clinicians and urban specialists who treat them. “Right now, many Albertans are at a disadvantage just …
Read more from this release

The Alberta government’s plan for many arthritis, diabetes and Crohn’s disease patients to switch to less expensive medications by July 1 could create legal challenges for doctors, say two researchers at the University of Alberta. “If a physician …
Read more from this release

New board chair for U of A
Newsroom