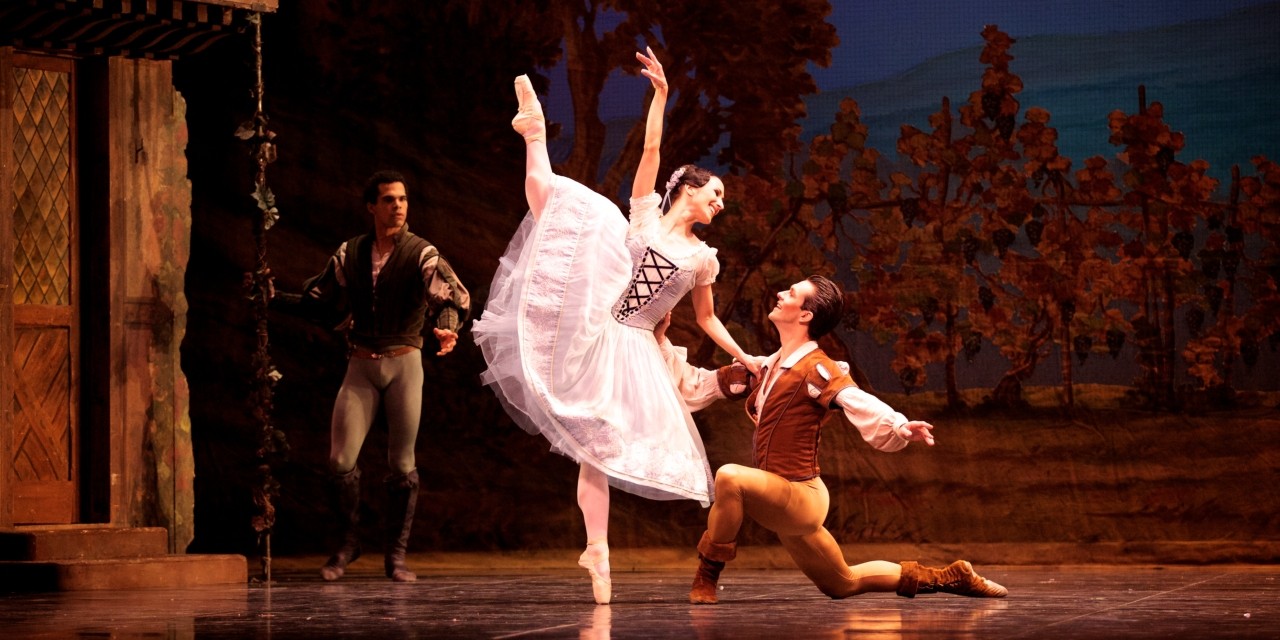 In her new book, U of A English professor Nora Foster Stovel recounts the creation of iGiselle, a video game that lets players change the heroine's tragic fate in the classical ballet Giselle. (Photo courtesy of Nora Foster Stovel)

Why does the ballerina always have to die?

It’s a question that inspired English professor Nora Foster Stovel and a team of interdisciplinary researchers to create a computer game that lets players change the outcome of one of the world’s most popular ballets—Giselle.

In the original libretto for the 19th-century ballet—written by Jules-Henri Vernoy de Saint-Georges and Théophile Gautier—the heroine dies of a broken heart at the end of the first act after learning that her lover Albrecht is betrothed to another woman.

It is a typical fate for lead female characters in many ballets, but perhaps less than satisfying for audiences today.

“Much as I love these beautiful ballets, I began to critique them from a feminist perspective,” writes Stovel in her new book, The Creation of iGiselle: Classical Ballet Meets Contemporary Video Games, released this month by University of Alberta Press.

The game, called iGiselle, lets players choose a different, less fatalistic path for Giselle, granting her an agency more in line with the values of a modern-day woman. While not a competitive game in the sense of winning or losing, it does allow for the exploration of more emotionally fulfilling narrative possibilities.

“Giselle is the ballet we love to hate and hate to love because, even though we are cognizant of gender debates and feminist concerns, it never fails to move audiences,” writes Stovel in the book’s introduction.

“Butwhy do contemporary audiences enjoy the spectacle of a woman’s sacrifice? Why do ballets from two centuries past that portray female victimization still fill theatres today?”

These questions had been on Stovel’s mind for as long as she can remember. In fact, Giselle was the first ballet she saw as a child, inspiring her to take up dance herself.

“When the ballerina balanced in a posé arabesque before vanishing into the wings, she looked straight at me, and I fell in love—with the dance,” writes Stovel.

“The fairy had touched me with her magic wand, and I was fascinated by the ballet.

Productions of Giselle never fail to thrill me, and the ending always leaves me moved, though perplexed.”

As a teenager she trained with Betty Oliphant, the celebrated founding principal of the National Ballet School, and considered joining the company when she was older.

But life offered up another path too good to turn down. At 17 she was offered a scholarship to McGill University, and fell in love again, this time with English literature.

She may have stopped dancing, but she never abandoned it, said Stovel. She taught ballet at Yale and Dalhousie while pursuing graduate work in English, and for a dozen years, at the U of A’s Campus Recreation while also serving as a full-time professor. She has also served on the board of the Alberta Ballet.

Eventually her passions for ballet and literature began to merge, culminating in a book project called Women With Wings: The Romantic Ballerina. Then she had a chance meeting at the U of A’s Faculty Club with computing scientist Vadim Bulitko, who was working on emotional modelling, not unlike coding for archetypal patterns found throughout literature.

Stovel was struck by the possibilities of applying that modelling to ballet.

“I thought it might be really interesting to create a video game where people could rewrite these tragic narratives,” she said, especially because no one had ever developed a video game based on a ballet.

So Stovel and Bulitko enlisted a team of other creative specialists in disciplines ranging from computer science to art and design to music. They all contribute chapters on their work to The Creation of iGiselle.

“It was a long haul and involved the work of a lot of people,” said Stovel. “We met frequently to compose the narrative, discussing alternative fates for Giselle: she could live or die, seek revenge or prefer forgiveness. She could come back to life, or Albrecht, the faithless lover, could join her in death.”

The initial prototype was unveiled five years ago to a small gathering at the faculty club, but was unable to attract enough financial backing to release it commercially, said Stovel.

Still, she hopes the prototype, and the book recounting the game’s development in some detail, will inspire others to take on a similar challenge.