Research leader will look at how climate change and human activity affect release of carbon from wetlands. 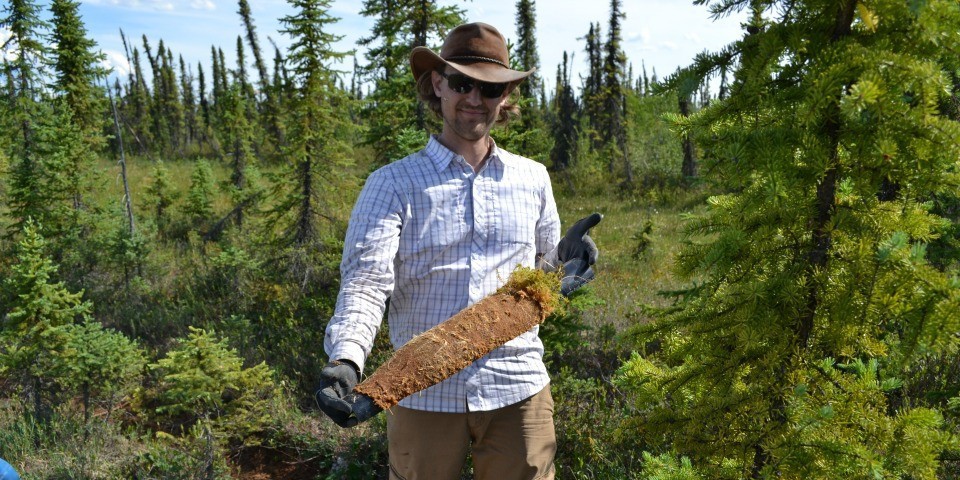 (Edmonton) There’s almost as much carbon in the world’s wetlands as there is in the atmosphere, and the new Campus Alberta Innovates Program chair in Watershed Management and Wetland Restoration is determined to find out how it got there and what it means for humans.

David Olefeldt’s research has focused on how disturbances such as permafrost thaw and wildfires affect wetland carbon cycling and links between wetland and aquatic carbon cycling.

As CAIP chair at the University of Alberta, he will also look at how human disturbances and restoration efforts affect wetland carbon cycling.

He says the boreal region in northern Alberta and the southern Northwest Territories is a unique environment for wetland research.

“Nowhere else in Canada are wetlands under the same pressures from both climate change and human activity. All of these disturbances, but also restoration efforts—that’s the mixed layer I’m trying to look at.”

Despite its consequences, Olefeldt says, the aquatic-terrestrial connection in carbon cycling is often overlooked. “The role of the aquatic ecosystems as part of the carbon cycling at the landscape level is something that has been underappreciated.”

Olefeldt, who earned his PhD from McGill University in 2011 and is coming off a post-doctoral fellowship at the University of Guelph, has already done field work in Alberta for the last three summers examining the impact of wildfires and climate change on wetland carbon storage.

Olefeldt is one of seven Campus Alberta Innovates Program chairs hosted by the U of A and one of three recently hired in the Faculty of Agricultural, Life and Environmental Sciences. The $6-million program was created in 2011 by the provincial government to recruit new research leaders to Alberta in food and nutrition, energy and the environment, water and neuroscience.