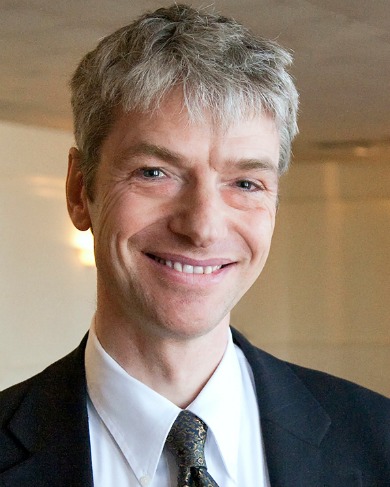 (Edmonton) In recent years, Gerald Beasley has been a star librarian at Concordia University in Montreal and Columbia University in New York, two of the most exciting, culturally vibrant cities in North America. Among his many accomplishments, he helped shape Concordia’s academic mission and assisted in planning extensive renovations of the university’s libraries, set to begin later this year.

With all that going on, what attracts him to Edmonton and his new post as the University of Alberta’s vice-provost and chief librarian? To start with, he says, the U of A is regarded nationally as a beacon for championing post-secondary libraries.

“Under the inspired leadership of Ernie Ingles, the U of A has really promoted and developed its library system in a way that is unique within Canada,” says Beasley. “Of all the places you could mention, the U of A has shown real leadership in supporting its libraries, and that’s very attractive.

“As chief librarian and vice-provost, I’m being offered a much bigger job with a bigger responsibility and greater opportunity to contribute to new challenges on a national and international platform.”

Beginning in August, Beasley will be responsible for the U of A’s library holdings at nine locations, as well as for its museums and collections, university bookstores, university archives, and the U of A Press.

“Mr. Beasley has demonstrated throughout his career that he is a deep and strategic thinker, expert in listening and wholeheartedly devoted to the interests of his institution and his colleagues,” says Acting Provost Martin Ferguson-Pell. “While committed to innovation and the promotion of technology and creativity, he also sustains a respect for traditional values.”

In his role as vice-provost, which includes membership on the deans’ council, Beasley will also contribute to the U of A’s strategic vision while overseeing a staff of more than 400.

“I know it’s a wonderful staff, and I’m very excited to know I’m going to be working with such a strong team,” he says. His vision includes “providing an outstanding service and experience for students,” and that means constantly moving with the times—adapting to ever-evolving technology, to the changing nature of research and to the more immediate challenge of fiscal constraints.

It also means accepting a degree of risk in the constant search for innovation, he adds.

Beasley was born and raised in Amersham, a small town in Buckinghamshire, England. He was the first in his family to attend university, studying English language and literature at Oxford and falling in love with that university’s storied libraries, especially the Bodleian, where he worked for a year after graduating.

“That really settled me in my career choice,” he says. “I wanted to find the kind of work where I would be helping other people to enjoy the things I was enjoying.”

“There was also the pure love of the environment, and what I believe libraries achieve in the world today—the preservation of cultural heritage and helping people get the information they need to be good citizens.”

Beasley’s first job after graduating in Library Studies in 1985 was at the Royal Institute of British Architects, where he specialized in rare books before moving on to the Wellcome Institute for the History of Medicine.

In 1994 he emigrated to Canada, taking on a position at the Canadian Centre for Architecture in Montreal where he served ten years, the last five as chief librarian. Between 2004 and 2008, he headed up the Avery Architectural and Fine Arts Library at Columbia University, before returning to Montreal to lead Concordia University Libraries.

At Concordia he introduced or improved several notable library services, including enhanced study space and 24-hour access to both campus libraries, free laptop and tablet loans, a mobile-friendly library website and a new course reserves service. Throughout his career, he’s also amassed an impressive list of publications and presentations, mostly on rare books and architectural collections.

On the personal side, Beasley says, “I consider myself to be a hard worker who spends the rest of my time with family.” He has two boys, aged nine and 14, and looks forward to cycling with them through Edmonton’s river valley.

He says he’ll be scouting out housing and schools for his kids over the next couple of months, so you may catch a glimpse of him before he officially arrives on campus August 1.