New class of antiviral drug speeds up flu recovery, U of A researcher shows 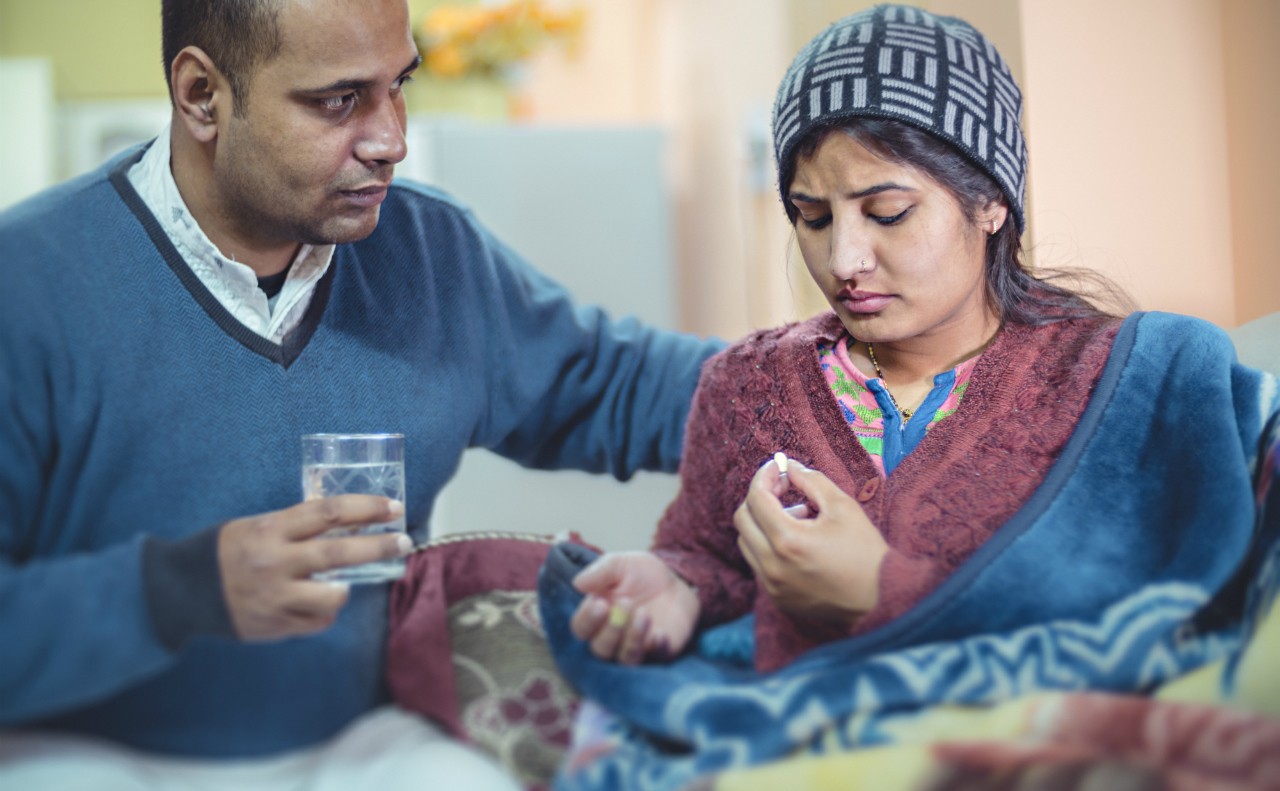 An antiviral drug that clears up flu symptoms a day sooner offers a much-needed new option to treat the illness, according to a study involving a U of A researcher. (Photo: Getty Images)

A new class of antiviral drug alleviates flu symptoms one day sooner, which could have a big impact on those most vulnerable to flu complications, such as children and older adults, according to a new study involving an infectious disease expert at the University of Alberta.

In a randomized double-blind controlled trial, 1,064 American and Japanese patients with mostly influenza A but also influenza B strains who were given a single dose of baloxavir marboxil (brand name Xofluza) experienced symptom relief about 24 hours sooner than those who had no treatment, said Nelson Lee, a professor in the U of A’s Faculty of Medicine & Dentistry and a member of the Baloxavir Marboxil Investigators Group.

“The drug also showed greater reduction in the total virus load compared with an existing commonly used flu treatment, oseltamivir (brand name Tamiflu), after one day of initiation,” said Lee, co-author of the study published in the New England Journal of Medicine.

“In other words, we think based on the results of this study, the antiviral action of baloxavir is superior to that of oseltamivir. It shortens the duration of virus replication and clears it up quicker,” he said.

The baloxavir findings are critical because existing flu treatments, including oseltamivir, either aren’t that effective in severe flu, or some influenza strains are building resistance to them, explained Lee.

Oseltamivir, which belongs to a class of drugs called neuraminidase inhibitors, works by preventing the virus from releasing and spreading from one to cell to another, he said.

“Whereas baloxavir, which belongs to the new treatment class of polymerase inhibitors, targets and shuts down the enzyme that allows for replication in the first place.”

It is the first kind of drug with a proposed new mechanism of action to treat flu in 20 years, added Lee.

“Because baloxavir acts on a different target of the virus, those viruses that are developing resistance to oseltamivir should be susceptible to this new agent.

“Although most influenza viruses today remain treatable by oseltamivir,” he added, “there are cases where drug-resistant virus outbreaks continue to happen that are not treatable.”

During the 2007-08 flu season, we experienced an oseltamivir-resistant influenza virus infection, which was later replaced by the H1N1 virus pandemic, noted Lee.

“Luckily, we have not had a major drug-resistant virus outbreak in the past decade, but we desperately need new classes of medications to treat the flu.”

According to Alberta Health Services, Albertans experienced 9,000 laboratory-confirmed influenza infections in 2017, 3,000 of which had complications that required hospitalization, and 234 involved intensive care admissions.

“Influenza is an important, potentially fatal disease,” said Lee. “In most patients, it will cause mild upper respiratory infections, from which they can recover in several days. In some patients, especially those with underlying medical conditions, older adults or young children, infection can be severe and cause complications like pneumonia and affect other organs. A substantial number of these people will die.”

Over the next two to three years, additional studies that are ongoing will examine whether baloxavir can reduce flu complications and hospitalizations, and whether it could be useful for treating severe influenza infections and reducing influenza transmission, added Lee.

In the meantime, the U.S. Food and Drug Administration (FDA) approved baloxavir today, and Canada tends to consider FDA-approved drugs, so there is a possibility it may become available much sooner than expected, noted Lee.

New class of antiviral drug speeds up flu recovery, U of A researcher shows