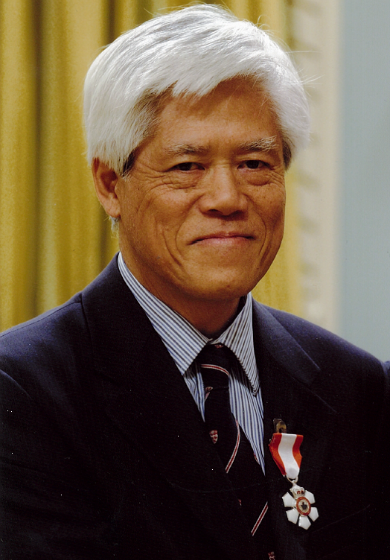 (Edmonton) The University of Alberta Board of Governors has approved the selection of Kue Young as dean of the Faculty of Public Health (also known as the School of Public Health), effective August 1.

Young, an international expert in northern and Aboriginal health, is joining the U of A after a successful 11-year posting as professor and TransCanada Chair in Aboriginal Health at the Dalla Lana School of Public Health, Faculty of Medicine, of the University of Toronto.

“Pointing to the faculty’s recent achievement of accreditation, Dr. Young cites the strength of the faculty in its members, who contribute to a broad and multi-faceted outreach that touches every facet of life,” said Martin Ferguson-Pell, acting provost and vice-president (academic). “He considers the University of Alberta School of Public Health to be in the forefront of public health in Canada and is excited at the prospect of being a part of it.”

Aside from being the dean of the first fully accredited free-standing Faculty of Public Health in Canada, Young says the position is one of great influence.

“First of all, to be involved in producing the next generation of public health professionals is a very important task,” he said. “I believe that I have some experience that I can bring to the job because of my exposure to health conditions outside of academe.”

“I see it as a leadership position in Canada. The dean of the U of A School of Public Health is automatically considered a mover and a shaker, and can help shape the public health agenda in Canada,” he says. “It is a position that interacts with policy-makers, NGOs, the different sectors that have an impact on public health. I think it is a very exciting and challenging position.”

After interning at the Toronto General Hospital followed by a spell practising family medicine in Regina in the mid-1970s, Young joined the University of Toronto’s Sioux Lookout Project in northwestern Ontario, where he provided clinical care in a small rural hospital and travelled to remote Aboriginal communities.

And though he loved the work and saw his efforts transform individual lives, he came to the realization that no matter how many patients he saw in a day or week, he couldn’t foresee an end to it.

This new perspective set the young physician on a search for a different way of making a difference. When he recognized that focusing on broader public health issues was a way of making long-lasting changes that would advance the protection of health and prevention of disease, he began training in public health.

“Most Canadians do not have much exposure to the living conditions in northern communities,” he said. “Being brought face to face with the realities of the poverty, of the remoteness, the lack of access, brought home to me that maybe this is something worth spending some more time on.”

Young’s experience also includes working in Tanzania with CUSO, training rural health workers. In addition to his medical and public health degrees, he has also a PhD in anthropology from Oxford. In 1983, Young joined the University of Manitoba, where he would spend the next 18 years immersed in public health academia, eventually becoming the founding director of the Northern Health Research Unit and head of the Department of Community Health Science. In 2011, he was named a member of the Order of Canada.

His research interests have changed over the years—in many ways, he says, mirroring the health changes affecting Canada’s Aboriginal population. He says that cultural, social and economic shifts are taking a toll on Aboriginal health. Issues relating to diabetes, heart disease and obesity have replaced things like infectious diseases, which were at the forefront of Young’s research when he first started out.

More recently, he has been looking at the health-care system in general, particularly as it exists in Canada’s most remote areas.

“We are spending a lot of money on health care in the north but we don’t seem to be getting any value,” he said. “I want to find out how we can make the health-care system better and more efficient, and less costly.

“Given Canada is such a rich country, we really have no reason people should not all experience the same level of health care.”

In educating future public health leaders and putting what is learned from research into public health program practices and policies, the School of Public Health makes a difference, but can do more. Young says he wants to build on the school’s accomplishments and lead and support efforts to increase productivity and enhance effectiveness.

“We have to be clear on what we want to do and focus on a few priority areas to excel, and we have to do that together,” he said. “I’m not going to impose my own view on the faculty; we’ll use a consultative process and make sure we can all agree on the plan for the next five years.”

Young said the School of Public Health is on the brink of greatness, thanks in part to the work of his predecessor, interim dean Lory Laing. He says he is eager to begin discussion about expanding the already first-rate educational programs that exist in the school, and he likes the path that U of A public health researchers have taken.

“I think there are some strategic research opportunities in the province where the School of Public Health could take a leading role, and I want to explore those,” he said. He adds that no matter what direction the school takes going forth, he will ensure it will take its lead from what its new home represents.

“When I went to look at the Edmonton Clinic Health Academy I was impressed by the building; I’ve never seen anything else like it. The fact that you could bring the different faculties together, the way the architecture facilitates interaction and learning, all that is very exciting.”