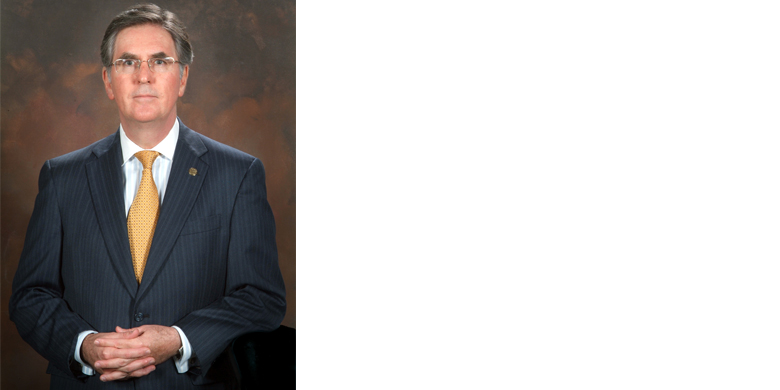 120330-dougmiller
D. Douglas Miller is the new dean of the Faculty of Medicine & Dentistry.

(Edmonton) The University of Alberta Board of Governors has selected D. Douglas Miller as its new dean for the Faculty of Medicine & Dentistry. His term begins July 1.

Miller, an internationally recognized cardiologist and clinical scientist, is joining the U of A after six years at the Medical College of Georgia in Augusta, Georgia, including a successful term as the dean of their School of Medicine and senior vice-president for health affairs.

“As dean and senior vice-president for health affairs, Miller instituted many innovative initiatives with measured outcomes that are truly impressive,” said Carl Amrhein, University of Alberta provost and vice-president (academic). “He has a strong reputation of integrity and a genuine desire to seek consultation. He listens with thoughtfulness and leads with the best interests of the organization at heart. He has a passion for the continual improvement of health-care systems and the intellectual and strategic abilities to be effective in this pursuit.”

Miller says his strategy for making a positive and sustained impact on an institution is simple—start by listening.

"I want to start at the University of Alberta by listening carefully to the internal and external stakeholders, the faculty, the students and the staff, in order to understand their aspirations and to begin the dialogue about the institution’s success going forward," said Miller. "I also want to bring my experience as dean, and hopefully a measure of stability and renewed leadership to the faculty. I’m excited about being one of very few people who have been given the chance to lead a faculty of medicine in both Canada and the United States. That is both an honour and a unique career opportunity, for which I am very appreciative."

Miller was born in Brockville, Ont., but spent his formative years in Montreal. He completed his undergraduate studies at Concordia in 1974. After flirting with the idea of a career in journalism, Miller decided on medical school at McGill University, where he also completed an internal medicine residency in 1981. He completed a clinical and research cardiology fellowship at the Montreal Heart Institute in 1982, a clinical cardiology fellowship at Emory University School of Medicine in 1984 and a cardiac imaging fellowship at Harvard University in 1986.

Before going to Georgia, Miller's career was highlighted by postings at several top cardiology programs in the U.S., including the University of Texas Health Center in San Antonio and the Saint Louis University School of Medicine.

Along the way, Miller made a name for himself as one of the top cardiologists in the country. His research interests include the inflammatory basis of coronary atherosclerosis, advanced imaging for the early detection of heart disease and the effects of gender on cardiovascular treatment and patient outcomes.

Miller developed a particular interest in women’s cardiovascular health issues in the mid-1990s as the medical establishment began to recognize the gaps in women’s health, particularly that women’s heart disease was not identical to men’s heart disease. Miller's research group published one of the first studies outlining care differences between genders. It showed that all things being equal, women were much less likely than men to get surgery for cardiovascular problems, and much more likely to have a future heart attack or die. His group also determined that it was equally cost-effective to test women and men with a similar risk for heart disease using various imaging techniques, and that various types of non-invasive tests could be used to predict the future likelihood of a heart attack.

“What was needed back then was a more gender-appropriate view of heart disease,” he said. "Ten, 15 years later, a lot of that work is now part of accepted medical practice."

Miller says the insights he gained at each point along the scientific spectrum, along with some encouragement from great mentors, were among the main drivers that pushed him to take on more administrative roles.

In 1998, Miller was named vice-chair in the Department of Internal Medicine at Saint Louis University School of Medicine. Completion of an executive master’s degree in international business was a natural career development step.

“That's when I became excited about learning how to implement advanced management and administrative tools in both clinical and academic settings,” he said. “I was also asked to be the acting chief of staff at one of our main teaching hospitals—that gave me enough of an academic medicine leadership ‘bug’ to think that I would be interested in an administrative career.”

In 2000, Miller became the new chair of the department, a role he held for six years before moving with his family to Augusta to assume the deanship at the Medical College of Georgia.

Once in place, Miller wasted little time seeking the input of the faculty and putting his ideas to work. One of his first orders of business was to facilitate the medical school’s expansion from one campus to four, which gave MCG the ninth-largest medical school enrollment in the nation by 2010. Miller would then successfully develop a new structure for interdisciplinary research by creating six Discovery Institutes, which were designed to “bring physicians and scientists together towards the goal of securing funding for ‘big science’ projects that were cross-cutting and that were truly translational in nature.” This move helped propel extramural research investment at the MCG from $70 million to more than $100 million from 2007 to 2010, despite trying economic times.

“Throughout my time as dean, we worked closely with the faculty to integrate our clinical enterprise in a fashion that was consistent with that at the best-quality academic health centres,” said Miller. “We went from a less integrated, separate model of physicians and hospitals not really being under the same corporate umbrella, to a more integrated model of care delivery that now has an enterprise approach to clinical care that brings physicians and hospitals closer together. That is something our team worked hard on, and that came to fruition under my deanship."

Miller, who takes over for Verna Yiu, who served in the role of interim dean for the past 10 months, says he is excited to be returning to Canada and joining the university at a crucial juncture in its ascent to greater national and global prominence.

“Balance is the firm foundation of organizational advancement towards any shared goal—this Faculty of Medicine & Dentistry already excels across all the academic missions. I am confident that continuing innovations in education, science and clinical care will emerge as this committed team seeks to build true partnerships for success across the faculties, the province of Alberta and the world. The real beneficiaries of a great faculty are the learners, the colleagues and the communities that they serve.”