New dean of pharmacy aims to give back to alma mater 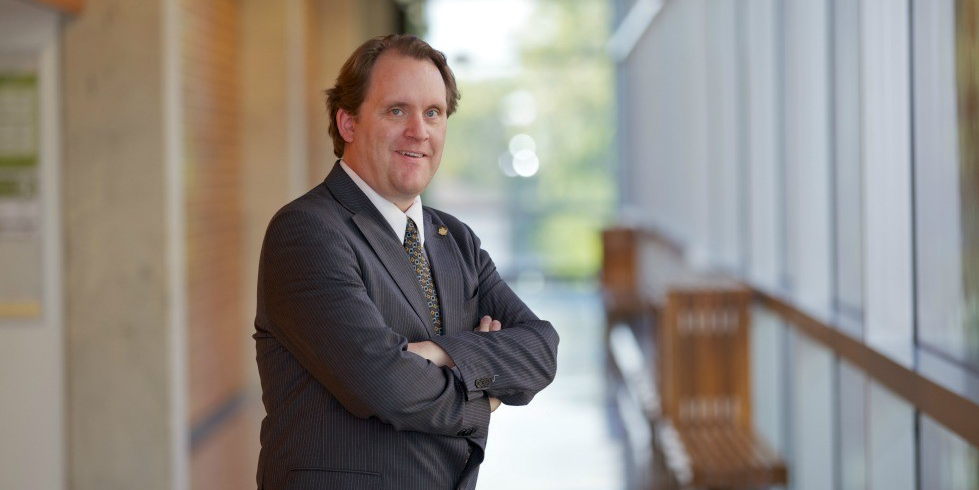 Neal Davies, who began his academic career at UAlberta, has been appointed as dean of the Faculty of Pharmacy and Pharmaceutical Sciences effective Sept. 1.

“I’m proud to be coming back to the University of Alberta, which is one of the top universities in Canada, and serving the Faculty of Pharmacy and Pharmaceutical Sciences, also a program of excellence in the country,” Davies said. “I wanted to give back to the University of Alberta, to surround myself with the very best—and it doesn’t get any better than the U of A.”

Davies began his career at the U of A, graduating with a BSc in pharmacy in 1991 and a PhD in pharmaceutical sciences in 1996. He succeeds James Kehrer, who has been dean since 2009.

“We welcome Dr. Davies back to the University of Alberta and look forward to working with him,” said Steven Dew, provost and vice-president (academic) for the U of A. “His five years as a sitting dean in a pharmacy college at a U15 university (one of Canada’s 15 research-intensive universities) demonstrates that he understands the role and the broader elements of being a senior leader in a major university, with the ability to reach across both the pharmacy and pharmaceutical sciences divisions. He strongly supports a shared vision and a strategic plan which comes from the bottom up, and his aim is to make connections and foster better communication.”

A self-described “Alberta boy,” Davies has deep ties to Calgary and Edmonton that played into his decision to come home. His father, an aquatic ecologist, headed biological sciences at the University of Calgary, and in Australia, served as a science dean at Monash University and as a deputy vice-chancellor at Central Queensland University. Davies later followed in his father’s footsteps to Australia, lecturing at the University of Sydney after working as a post-doctoral fellow at the U of C.

Davies was also influenced by his grandfather, a proud member of the Loyal 49th Edmonton Regiment who received a Distinguished Conduct Medal at Buckingham Palace during the Second World War. As a young man deciding where to study, Davies was encouraged by his grandfather to attend the U of A. “He always spoke so well of Edmonton,” Davies said.

Prior to his appointment as a dean and full professor at the University of Manitoba, Davies was an assistant professor (2002) and associate professor (2005) in the College of Pharmacy at Washington State University. While there, he also served as director of the graduate programs in pharmacology and toxicology, and subsequently pharmaceutical sciences, and as director of the Summer Undergraduate Research Fellowship Program from 2006 to 2010.

As a researcher, Davies has focused on exploring the factors that influence variability in drug response through an understanding of drug delivery and how the body reacts to the substance. As well, he has studied how to optimize the use of nature-inspired antioxidant and anti-cancer agents. Over the years he has published more than 400 scientific journal articles and abstracts and written a book about flavonoids.

In taking up his post as dean of pharmacy and pharmaceutical sciences at the U of A, Davies sees the opportunity to make an excellent faculty even better.

To strengthen both pharmacy education and the creation and translation of pharmaceutical science within the faculty, he plans to foster scholarly work, publications and team grants, research projects and combined programs.

“The faculty has a long-standing history of both exceptional research and strong undergraduate and graduate education programs, and there’s an opportunity to lead, shape and optimize that,” he said.

Davies also believes students are the powerhouse of any program, and as dean he plans to encourage instructional staff in new approaches to teaching using technology. Looking back on his years of directing graduate and undergraduate programs, he says his greatest pride today lies in the accomplishments of his many students.

“You develop a close bond as you work with them, see them grow and develop from raw talent and potential to become independent, creative academics and practitioners. And it’s fulfilling to see them do well in academia and the pharmaceutical industry. They are your academic offspring.”

A particularly exciting development for the pharmacy faculty is a proposed Doctor of Pharmacy program, currently awaiting government approval. Once in place, the program is an additional factor that positions the faculty to play a leading role in the profession and to be a prominent force in the health-care system, Davies believes.

“Legislation has made Alberta one of the most progressive provinces in Canada for expanding pharmaceutical services,” said Davies, who is also registered as a licensed pharmacist in Alberta. “The Faculty of Pharmacy and Pharmaceutical Sciences is a model of excellence that is poised to take the lead in training pharmacists to meet the important roles they have as professionals in the health-care system and in the community, and I am excited to be part of that.”

New dean of pharmacy aims to give back to alma mater